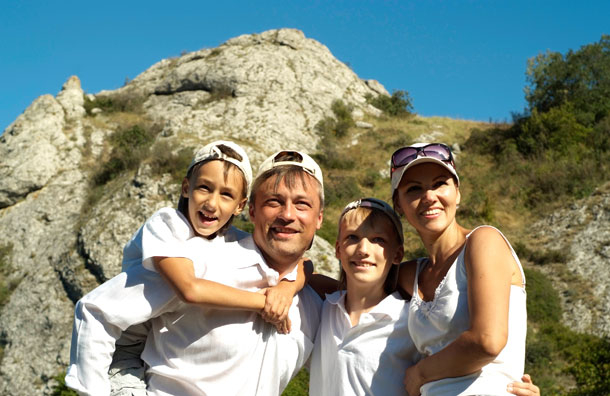 When you only have so much family vacation time, choosing where to go becomes a decision largely based on ROI — where will you get the greatest return on your investment of time and money? Of course, you also have to consider where the kids will be happiest with the activities and attractions available. Our annual list is here to help you choose where to go with 10 surefire choices for 2015! Orlando just completed one of the largest expansion periods in its history, and there"s even more enhancements coming in 2015. The I-Drive 360 entertainment complex will feature the 425-foot Orlando Eye observation wheel in its center, along with other new attractions, such as Madame Tussauds Orlando, SEA LIFE Orlando Aquarium, and Skeletons: Animals Unveiled! museum.

There are several new hotels in the area, as well, including Universal's Cabana Bay Beach Resort and Four Seasons Resort Orlando at Walt Disney World. A massive remodeling project at Disney"s Polynesian Resort will bring over-the-water bungalows and a large pool with a new aquatic playground later in the year, too.
2/10 Yosemite National Park in California celebrates its 125th anniversary in 2015. While a calendar of special events hasn"t been released yet, you should make plans now to visit in the fall. On Oct. 1, 2015, the park will commemorate the date President Benjamin Harrison signed the legislation creating the nation"s third National Park. Within its 1,250-square-miles, you"ll find ancient giant sequoias, grand waterfalls, bicycle trails, hiking trails, swimming lakes, and even stagecoach rides from the Pioneer History Center. If your kids opt to participate in the Junior Ranger program, stop by the Nature Center at Happy Isles, or the Yosemite Valley Visitor Center and Indian Cultural Museum for interactive exhibits. This scenic swath of eastern New Hampshire is no secret -- the natural beauty of snow-capped mountains, lush forests, and glacial rivers make it a four-season destination. In the winter months, 13 area ski resorts and cross country centers offer kids' programs. There are dozens of family attractions open throughout the spring, summer and fall, too, including age-old favorites like Cog Railway, Conway Scenic Railroad, Storyland, and Santa's Village, as well as newer places like the Mount Washington Observatory/Discover Center and Kahuna Laguna, northern New England"s first indoor water park.

In 2015, the Town of Conway -- the hub of Mt. Washington Valley -- is celebrating its 250th anniversary with a number of family-friendly events, including a Winter Carnival in January; the re-dedication of the Abenaki Indian Shop and Camp -- a historic Native American site -- in May, and a town-wide July 4th celebration with a parade and fireworks.
4/10 Paddington, the loveable bear first introduced to the world in 1958, stars in a new feature film of the same name. It was released in the U.K. in November 2014, and will be in U.S. theaters in January 2015. The adorable bear, who travels from Peru to London, will share the film"s spotlight with London itself. See the movie, then visit the attractions you saw onscreen, such as Buckingham Palace, Tower Bridge, London Eye, Natural History Museum and of course, Paddington Station.

Beginning in April, BritMovieTours will offer a guided, three-hour Paddington Bear Tour of London, so you can follow in Paddington"s paw prints to some of London"s famous landmarks, film locations, as well as sites mentioned in the book series.

A more historic occasion, the 800th anniversary of the signing of the Magna Carta on June 15, is being commemorated throughout England during 2015. Introduce your children to this important milestone of freedom in English history, which established the rule of law through the various celebratory events that will take place along six designated trails. Enjoy flower festivals, art installations, a town Ã¢â‚¬Å“fayreÃ¢â‚¬Â in Wiltshire with a medieval sport demonstration, and a children"s choir concert series at Salisbury Cathedral.
5/10 This Caribbean destination has always been good for families, with multiple beachfront towns and family-friendly, all-inclusive resorts. Let"s not forget some, like the Franklyn D. Resort & Spa and Bluefields Bay Villas, even provide complimentary nanny service. In 2015, however, you"ll have the opportunity to try a new, or newly renovated, hotel in Jamaica. Recent multi-million dollar renovations have upgraded properties into almost unrecognizable versions of their former brands.

In Negril, Azul Sensatori Jamaica by Karisma Hotels (formerly Beaches Sandy Bay) offers multigenerational accommodations for up to eight people. On the north coast in Ocho Rios, the Moon Palace Jamaica Grande (formerly the Sunset Jamaica Grande) is the first Palace property outside of Mexico, and will feature the Playroom for children 12 years and under, the Wired teen lounge, and a FlowRider double wave simulator when it opens in March. The Beaches Ocho Rios Resort and Golf Club features four international villages: Greek, French, Italian and Caribbean. In addition to a private beach, there"s a Pirates Island water park with swim-up soda bars, too. Also in Ocho Rios, the Hyatt Ziva Rose Hall (formerly the Ritz Carlton) now offers five swim-up pools, a children"s program, and many five-star services, such as beach butlers and complimentary airport transportation.
6/10 2015 is the year for a Mediterranean cruise with MSC Cruises, an Italian fleet of 12 ships that recently introduced the LEGO Experience at Sea. Currently available on the MSC Armonia, with plans to be added to two new ships that will be introduced in 2017, the program includes LEGO competitions and games, visits from the LEGO sailor mascot, and LEGO-designed playrooms with a vertical play wall and DUPLO materials and games for children under age 3.

This new program follows the 2014 introduction of the cruise line"s partnership with Chicco to provide childcare equipment on board - guests now have free use of strollers, backpacks, bouncing chairs, and bottle warmers. Chicco nutritionists collaborated with MSC chefs to create new kids" menus, as well.

MSC also offers a Kids 11 and Under Sail Free program. Four ships -- Armonia, Lirica, Sinfonia, and Opera -- are being renovated to include separate supervised clubs for five age groups: Baby (under 3); Mini (3 to 6); Junior (7 to 11); Young (12 to 14) and Teen (15 to 17). The line cruises year-round in the Mediterranean, and seasonally in the Caribbean, Northern Europe, the Atlantic Ocean, the French Antilles, South America, South Africa, The United Arab Emirates and the Red Sea.
7/10 Instead of a cruise, maybe 2015 is the year you take the family on an African safari. Tauck Tours is introducing the South Africa: Epic Family Adventure, designed for children 8 and older. The 10-day itinerary includes stops in Cape Town, Knysna, Plettenberg Bay, and the Lion Sands River Lodge bordering Kruger National Park. In addition to seeking out big game in the wild, travelers will get up-close with elephants, cheetahs, eagles, monkeys, ostriches and penguins. The tour also includes a whale-watching cruise, a visit to a tribal village and rural school, a traditional braai barbecue, a zip line ride over the Kruis River, a cable car ride to the top of Table Mountain, and a funicular ride up to Cape Point Lighthouse.

Tauck created this special tour with the award-winning nature documentary filmmakers at BBC Earth, so there"s an additional tech element that will win over the most nature-averse teens. Guests will be able to utilize high-tech devices used by the filmmakers, like underwater cameras and motion-activated infrared camera traps that capture images of indigenous nocturnal animals. Tauck offers 19 family itineraries in Europe, North America, Africa and Latin America as part of its Bridges Family Travel programming.
8/10 The price of airfare has made the South Pacific island of Tahiti a cost-prohibitive family destination. But if you"re ready to take the eight-hour flight from Los Angeles, you"ll find a great deal on Air Tahiti Nui through its Tahiti Family Special. Up to two children age 15 years and younger fly free with the purchase of two adult tickets. Tickets must be purchased by April 30, 2015, for travel Jan. 15 through June 21, 2015. Air Tahiti Nui flies daily non-stops to Papeete's Faa'a International Airport from Los Angeles International Airport.

On Tahiti, the largest of the 118 French Polynesian islands, families are welcome at resorts such as the InterContinental Resort & Spa Moorea, Le MÃƒÂ©ridien Tahiti, Manava Suite Resort Tahiti, and the Radisson Plaza Resort Tahiti. Beyond resort activities, family fun can be had visiting the Harrison W. Smith Botanical Garden, Museum of Tahiti, or the Point Venus Lighthouse. More adventurous kids will enjoy snorkeling, hiking, horseback riding, or renting a four-by-four excursion vehicle to explore the interior. You can also take an inter-island flight to Bora Bora to visit the sea turtle refuge at the Le MÃƒÂ©ridien resort there, or a ferry to Moorea to see the Dolphin Center at the InterContinental Resort & Spa Moorea.
9/10 A generation ago, this mountainous region in Pennsylvania was known as a honeymoon and ski destination. There are still plenty of resorts to please those markets, but families with children will benefit from the newest development -- not one, but two water park resorts, scheduled to open in 2015.

Opening in the spring, the Camelback Lodge & Indoor Waterpark will include an eight-story hotel with a 125,000-square-foot themed indoor adventure water park -- the largest in the northeastern U.S. With this addition, the 50-year old Camelback Mountain resort also adds a luxury spa and conference space to its outdoor recreation programs, which include skiing, snowboarding, snowtubing, zip lining, a ropes course, mountain coaster and Segway tours.

In July, Kalahari Resorts will open a $230-million, 150-acre complex featuring 457 African-themed guestrooms, as well as indoor and outdoor water parks. Much like the Kalahari resorts in Wisconsin Dells and Sandusky, Ohio, this property will feature Kamp Kalahari activities, a 30,000-square-foot Family Entertainment Center with bowling and mini-golf, several dining options, and a spa.
10/10

Once again in the spotlight -- thanks in part to the movie Ã¢â‚¬Å“Dolphin Tale 2Ã¢â‚¬Â-- this central west coast region of Florida is experiencing a hotel development boom to meet demand. There are 16 hotel projects in various stages, which will bring more than 2,000 rooms to St. Petersburg/Clearwater over the next 18 months, including the Opal Sands, a new, 230-room, 15-story hotel located on the beach. The 100th Anniversary of the City of Clearwater"s incorporation will be celebrated in 2015, too; the city"s Centennial Celebration Committee is planning a major concert in Coachman Park, as well as a parade, block party, and fireworks on May 30.

The award-winning, white sand beaches of Clearwater and St. Pete are enough of a draw for families, but this destination is also home to miles of biking trails and other parks and natural attractions, sports venues, and historic sites, as well as cultural and science attractions. Magnificent sunsets are celebrated nightly on Pier 60, with street performers, kids" activities, live music, and free weekend movie screenings. And you can still visit Winter, the dolphin who inspired Ã¢â‚¬Å“Dolphin Tale,Ã¢â‚¬Â along with her companion, Hope, at the Clearwater Marine Aquarium (CMA). After the original movie was released in 2011, this marine rehabilitation center expanded and introduced new programming. In the fall of 2015, it will break ground on an entirely new marine rescue center in downtown Clearwater with larger, state-of-the-art facilities to treat animals. 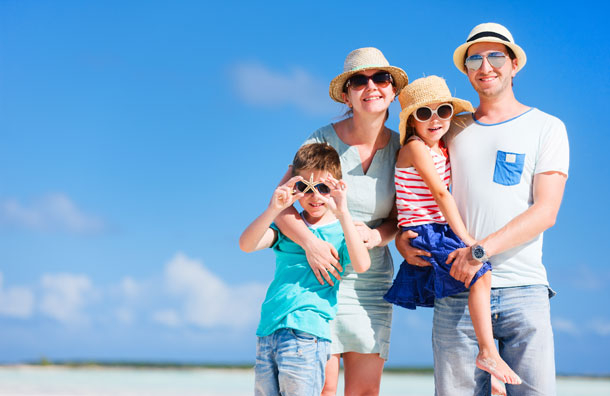