Have your kids ever seen a firefly tree? What about glowworms? These natural wonders, located across the globe, offer unique experiences you won’t find anywhere else. Choose one of these natural wonder vacations for your next family adventure. 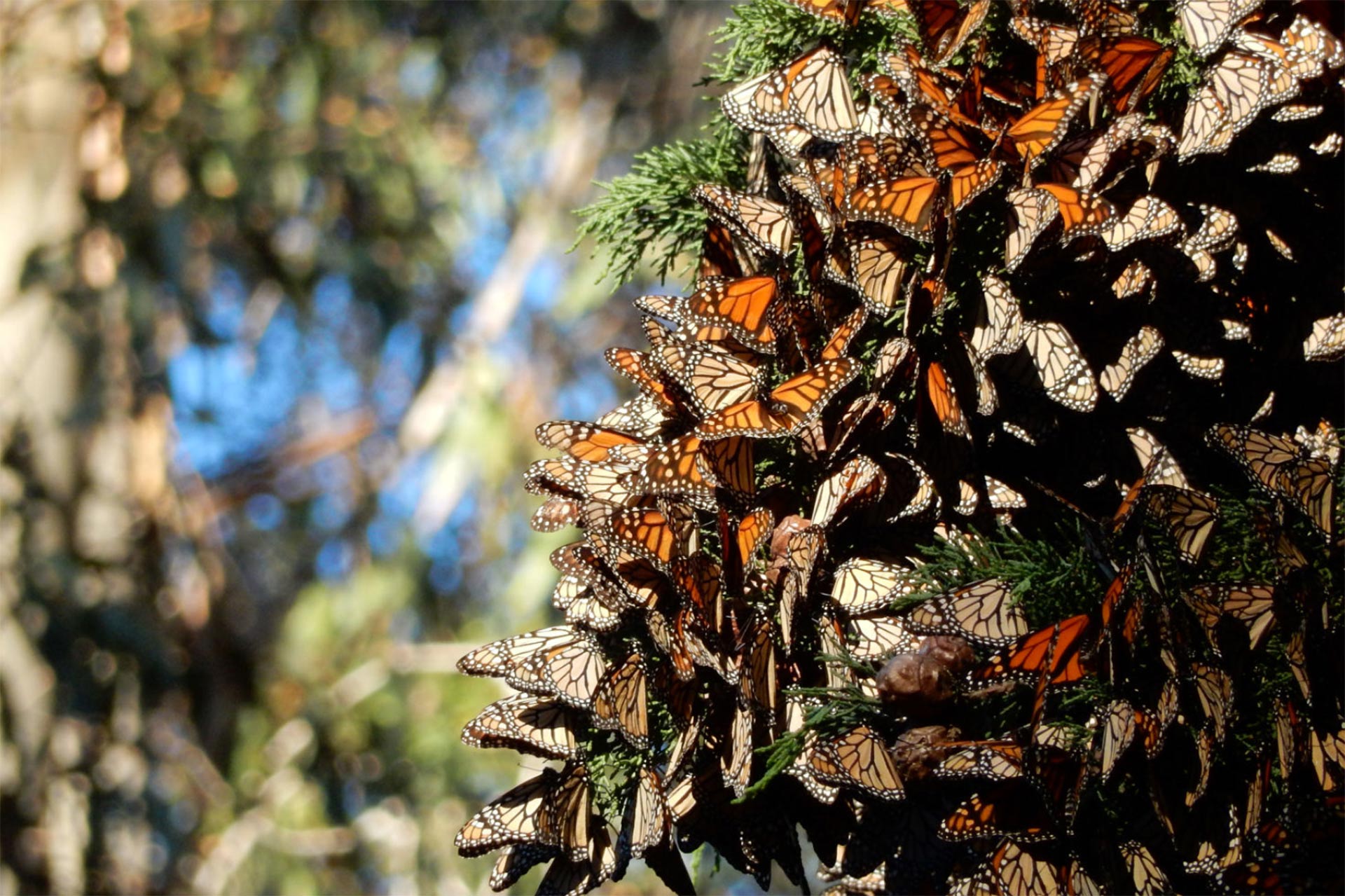 When the temperatures drop, monarch butterflies fly to warmer climates for the winter. One of the largest colonies in the U.S. takes shelter in Pismo Beach, California. From late October to February, visitors can view the sheltering monarchs in the eucalyptus trees at Pismo State Beach. During the season, docents give daily talks and answer questions about this unique colony that has a lifespan of up to six months. 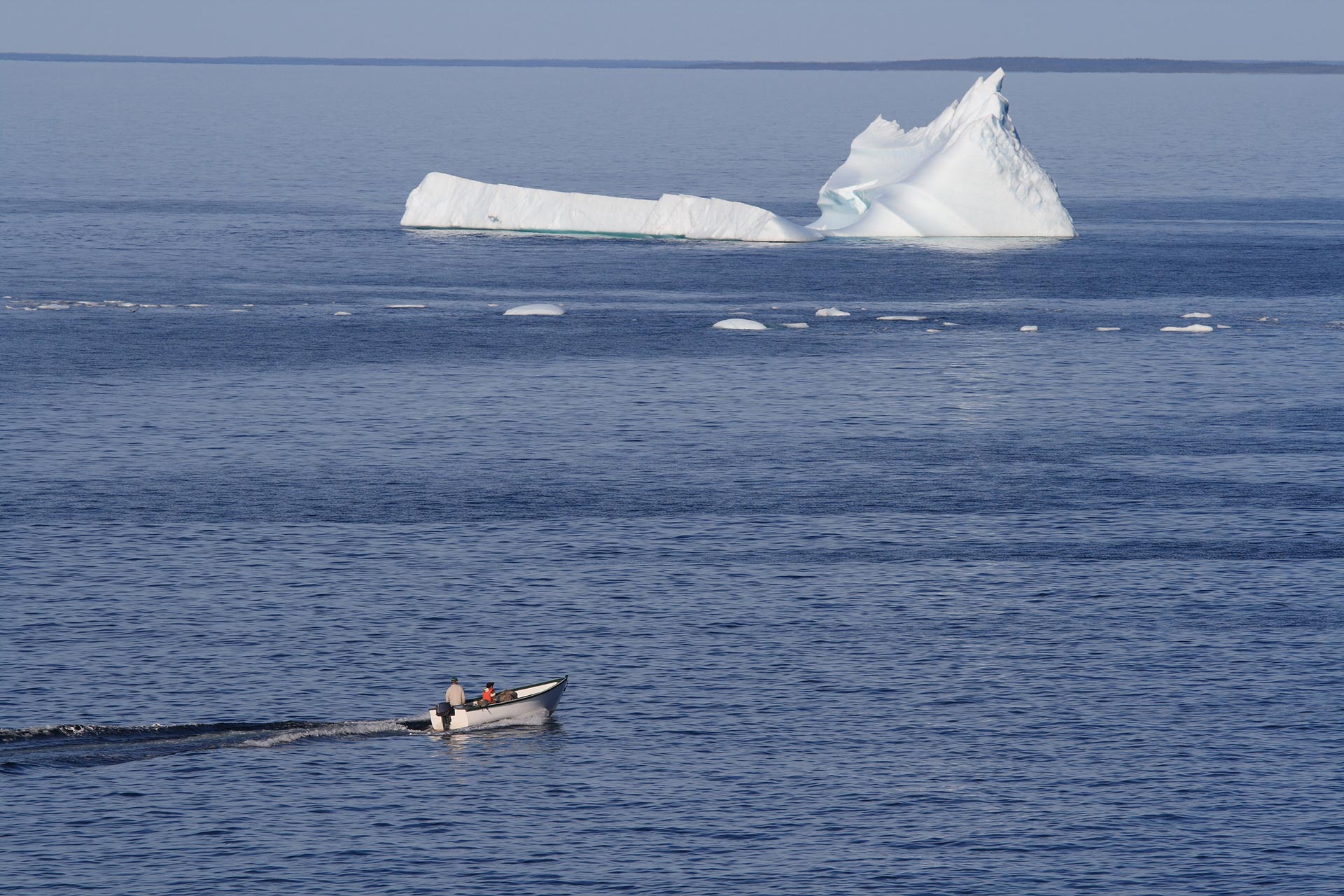 On the coast in Newfoundland and Labrador, spring ushers in iceberg season where large chunks of ice break off in the Arctic and float down the coast, some towering 150 feet above the water! This natural wonder lasts until September, and one of the best places to view the icebergs is in Twillingate, the “Iceberg Capital of the World.” 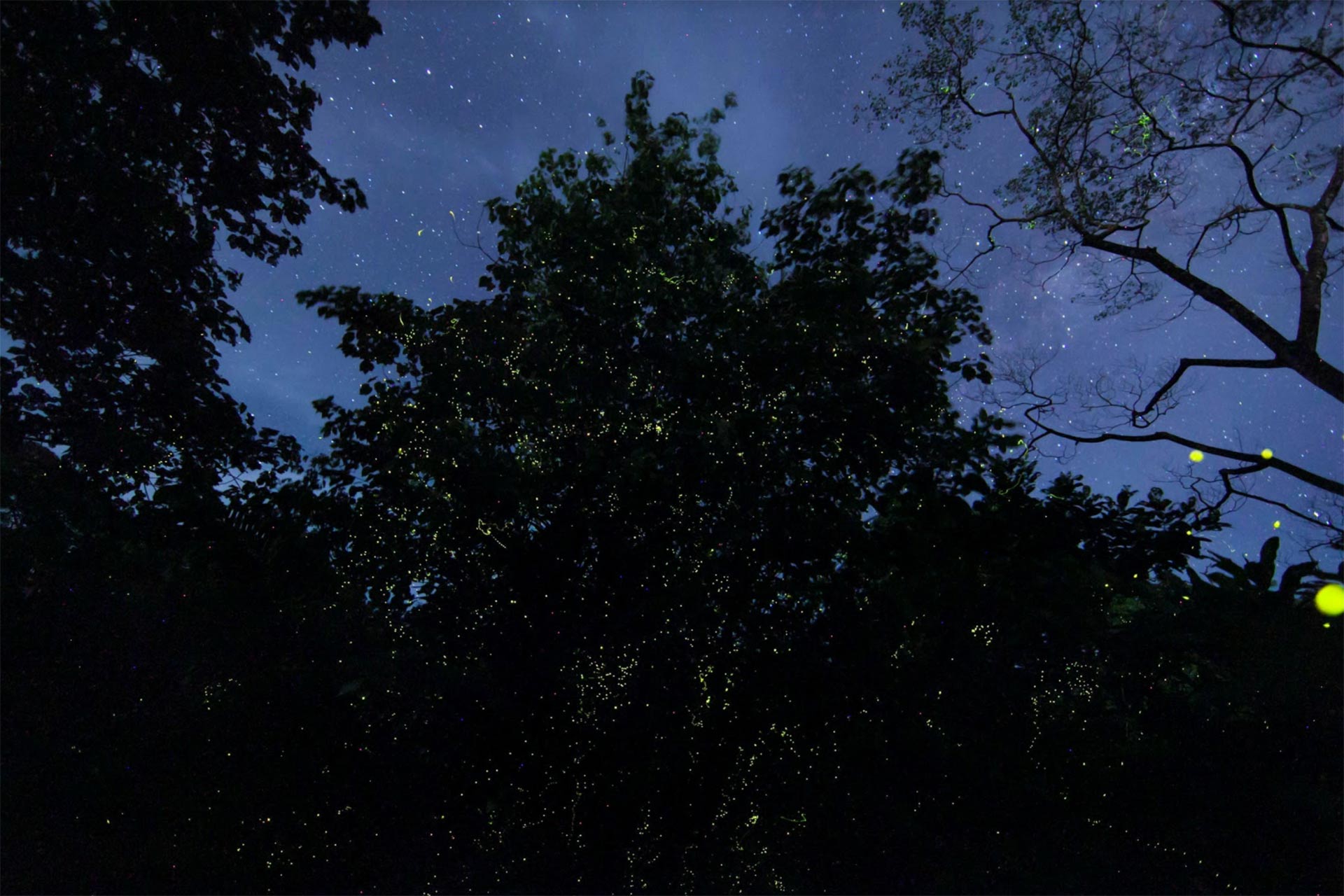 Papua New Guinea is known for its scuba diving, snorkeling, and birdwatching. But it has another natural wonder that is sure to amaze the entire family: firefly trees. Year-round, thousands of fireflies gather in the trees and flash in synchronized pulses of light, much like flashing holiday lights. 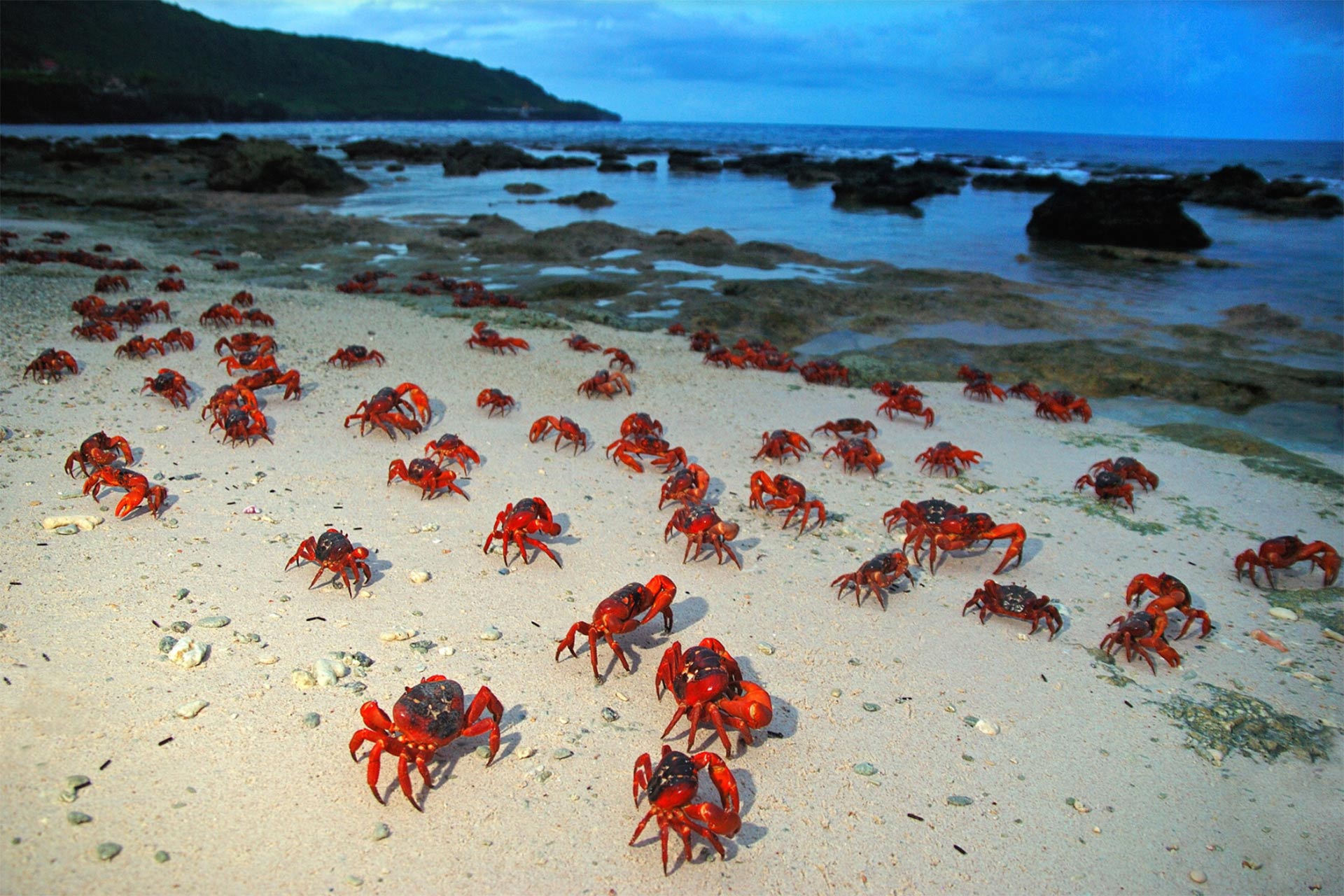 On Christmas Island in Australia, hundreds of thousands of red crabs make their annual trek from the forest to the sea during October and November. This parade creates a sea of brilliant red over roads, and rocks, and beaches. 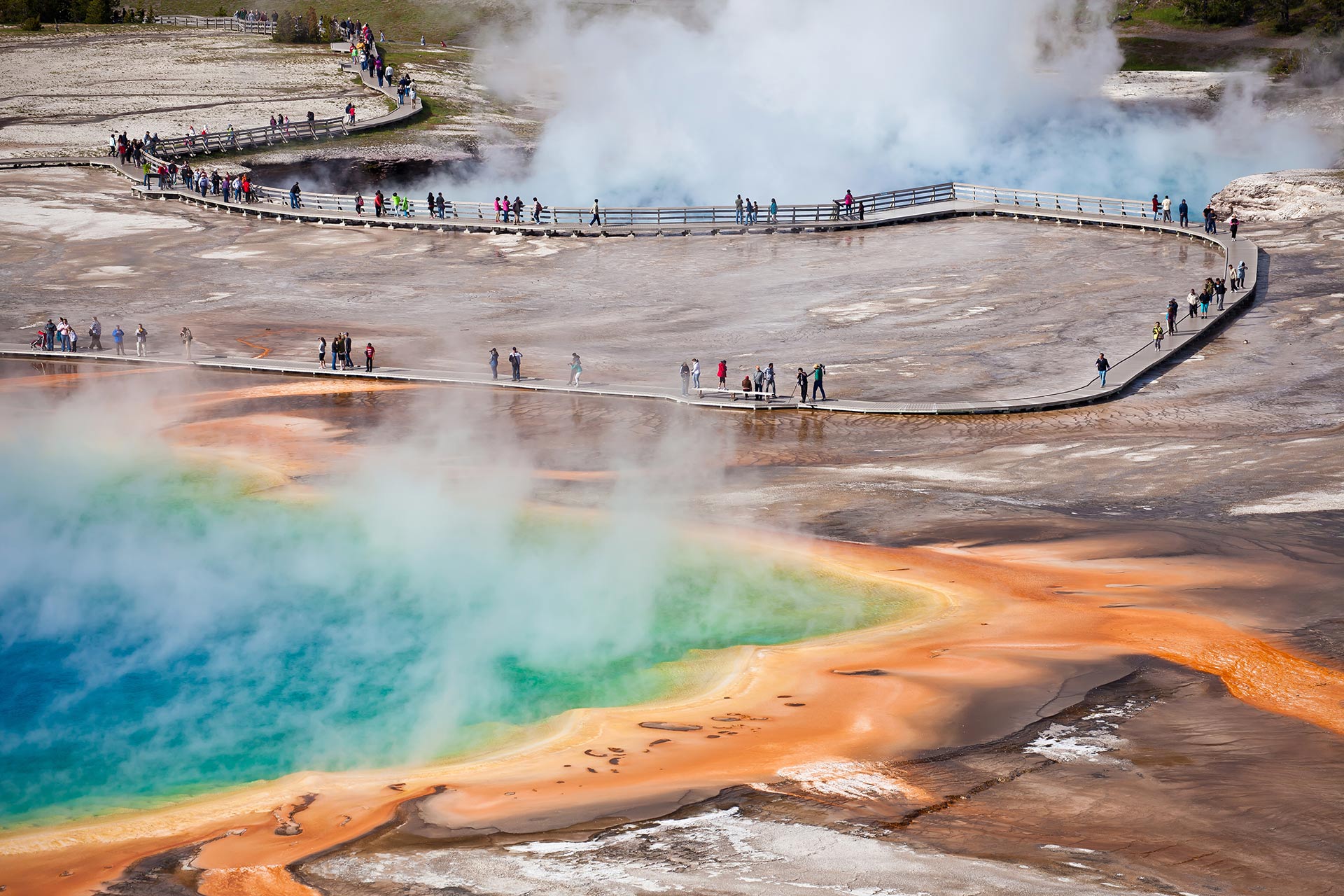 Yellowstone National Park has over 10,000 hot springs and geysers. The park spreads into the states of Wyoming, Montana, and Idaho, and is a popular destination with millions of visitors who come to see the colorful springs, paint pots, and geysers, notably Old Faithful. The park’s wildlife, such as bears, elk and buffalo, are not to be missed either. 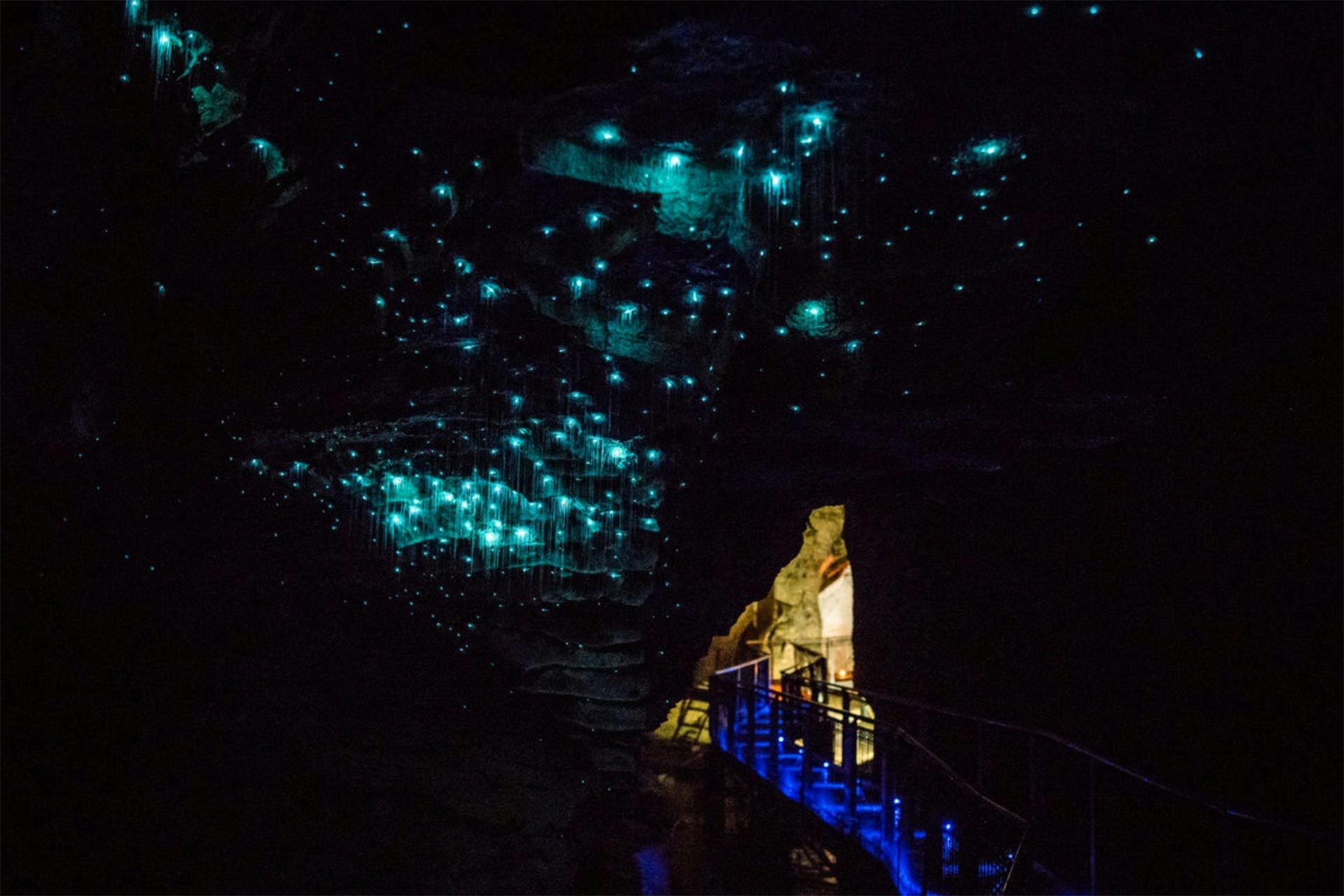 New Zealand is home to an unusual worm, one that radiates with a luminescent light. This glowworm lives in the Waitomo Glowworm Caves on New Zealand’s North Island. At the caves, visitors can choose a variety of glowworm cave experiences, some of which include taking a boat on an underground river to a grotto to see the glowing blue worms, and ziplining or river tubing. 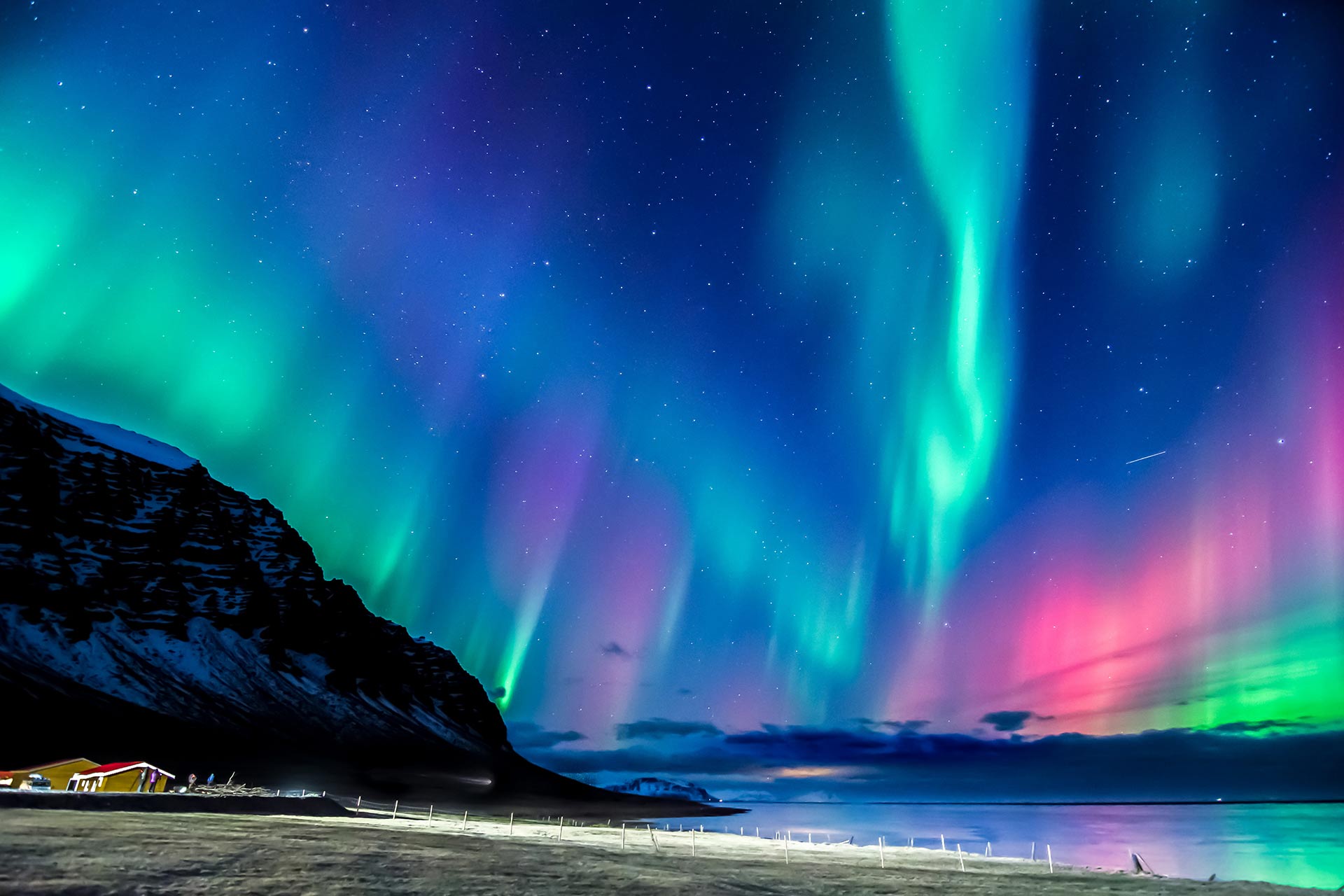 The Northern Lights is a natural wonder that happens near the earth’s magnetic poles during the winter months. They are quite a sight with dancing bright lights moving and shifting through the sky like a river in shades of yellow, red, green and blue. In Rovaniemi, the capital of Lapland and the official hometown of Santa Claus, you can see the Northern Lights over 200 days a year. 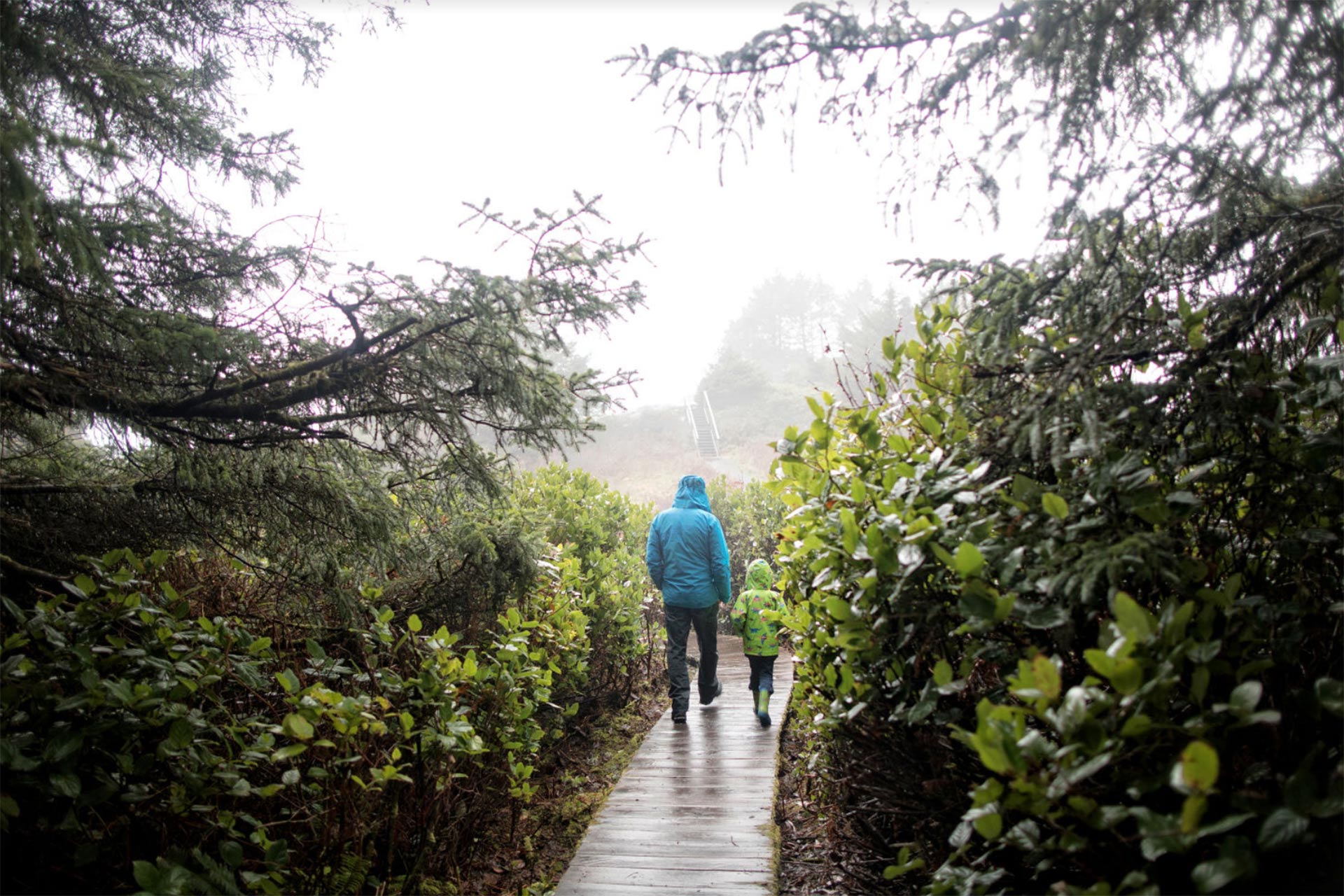 On British Columbia’s exposed west coast, winter ushers in storm watching season on Vancouver Island. When the squall arrives, expect rain, winds, and waves up to 20 feet. With sandy beaches, rocky coastlines and the clash of water against rock, storm watching from the safety of shore provides a view of the sea at its mightiest. 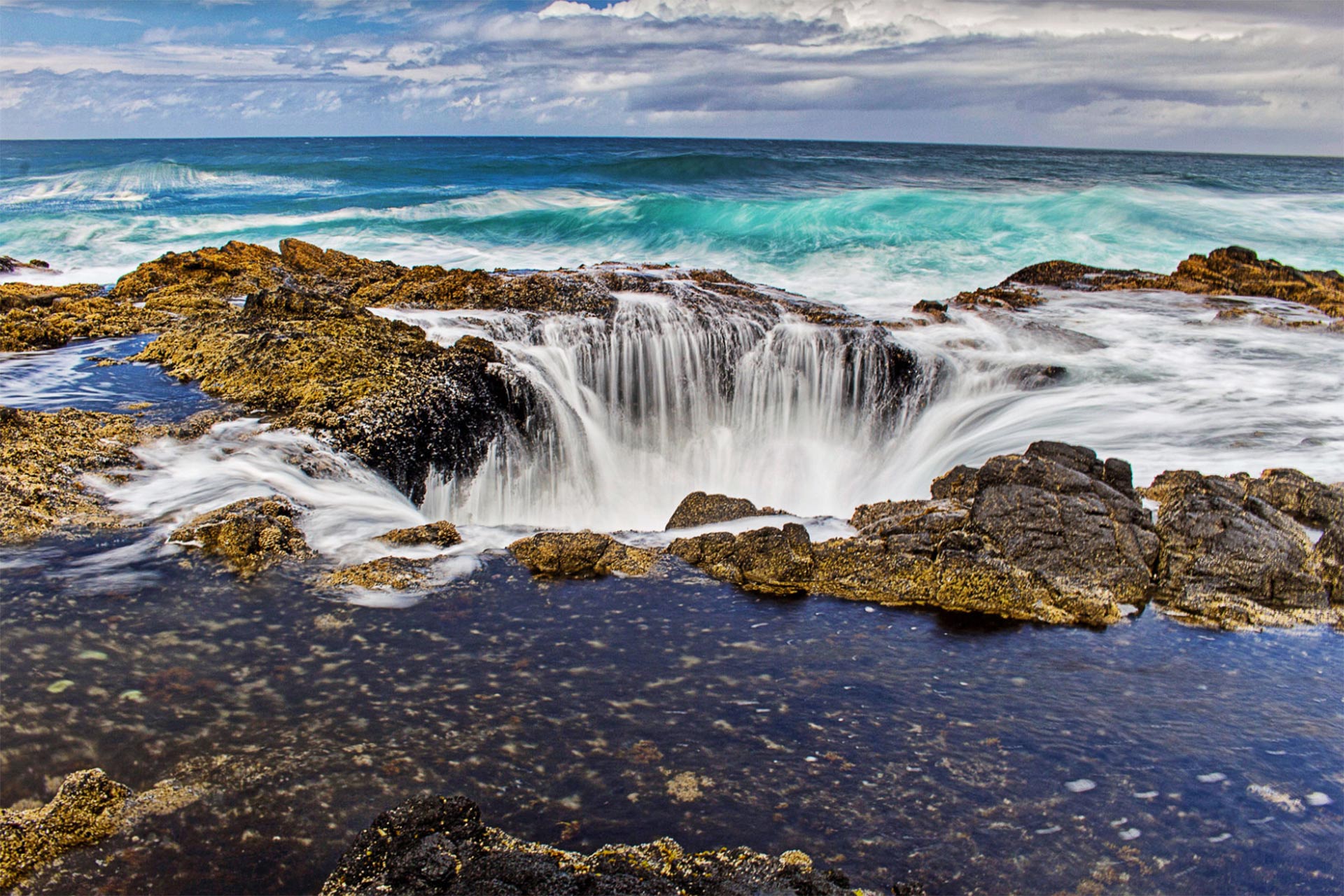 Thor’s Well along Oregon’s scenic coastline is in Cape Perpetua Scenic Area. The well, a giant sinkhole, fills up with water and when the tide is right, the water surges upward with great force. Thor’s Well is best seen from the viewpoint at Cook’s Chasm, or at lower viewpoints along Captain Cook trail. 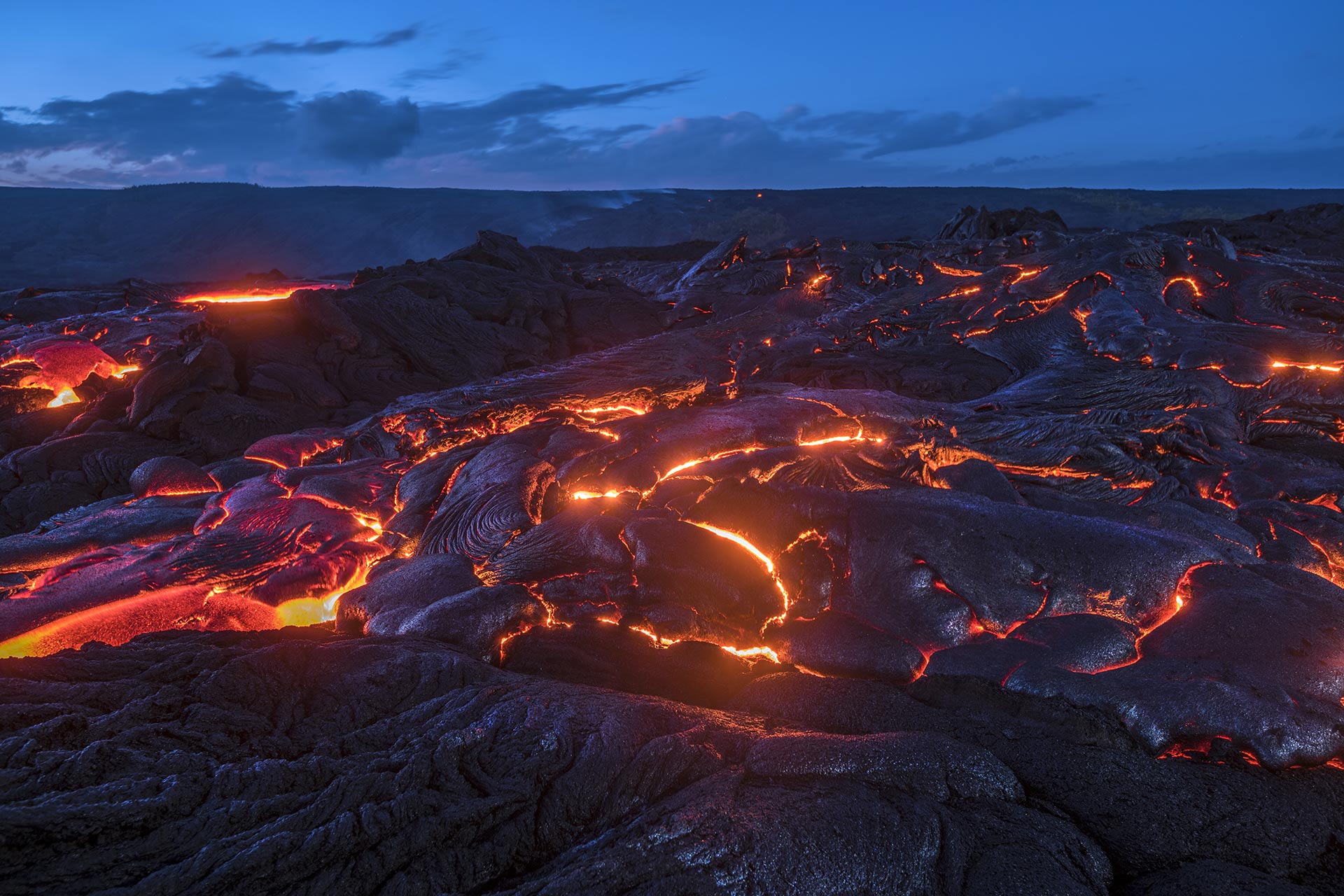 Kilauea in Volcanoes National Park is one of the most active volcanoes in the world. Located on Hawaii’s Big Island, it frequently erupts and has lava flows. Visitors can experience the park in a variety of ways such as a crater rim driving tour, hiking the park’s many trails, exploring lava tubes, joining a guided ranger program or hike, watching the glow from the caldera, or learning about the desert and tropical landscape.

More From Family Vacation Critic:
12 Places Kids Should See Before They Grow Up
12 Best Resorts That Get You Close to Animals