Did you know you can stay overnight at Ralphie’s house (which still has a leg lamp in the window) and visit an authentic version of Who-ville? We bet you didn’t know Bedford Falls is practically a real place, too. Bring your family’s favorite holiday films to life with a trip to one of these holiday movie locations. 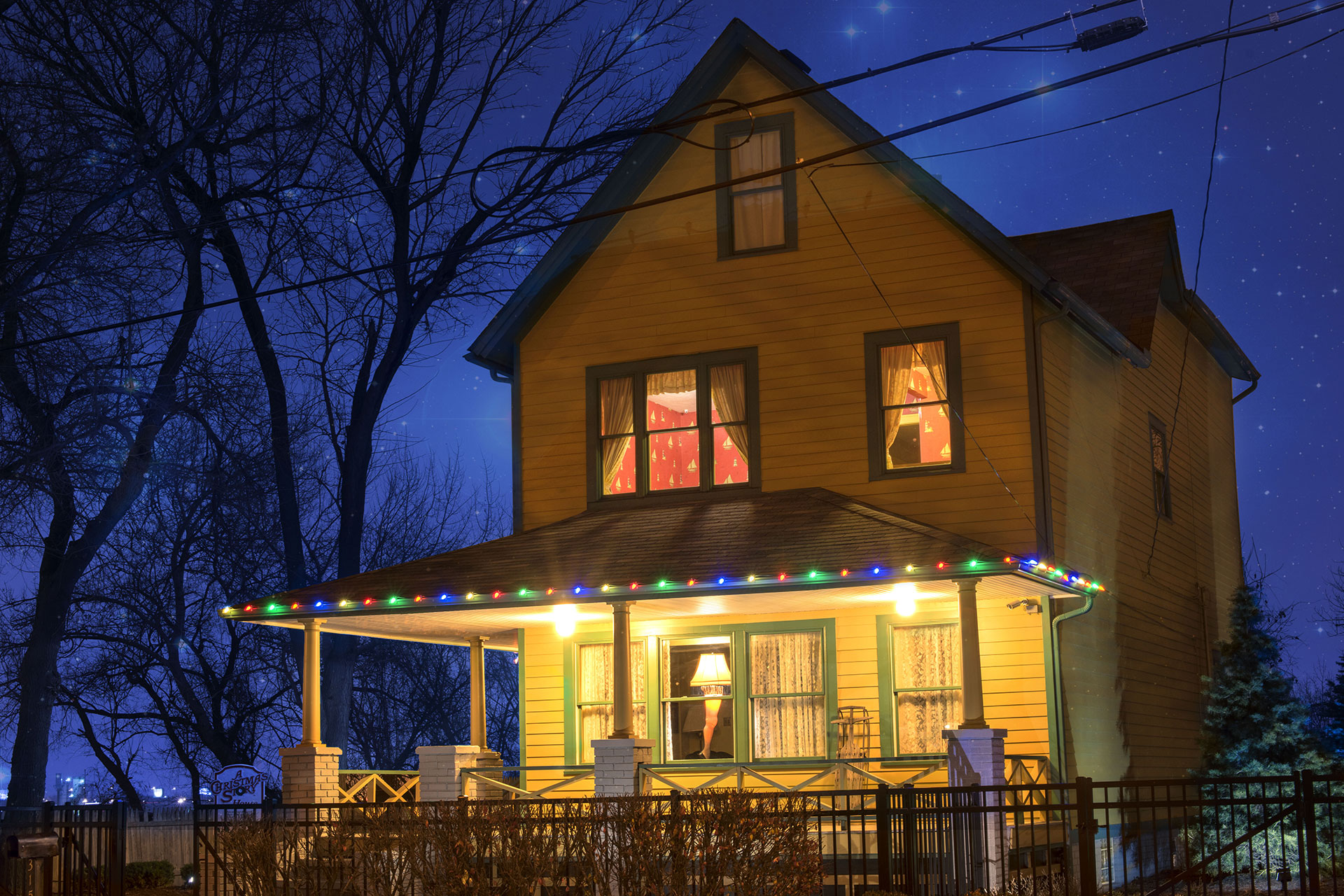 Visit Ralphie’s real house in Cleveland! The Christmas Story House & Museum welcomes families to explore the rooms and props featured in the classic Christmas movie. And it’s all interactive—get your picture taken on the bed where Ralphie dreamed of his BB gun, or sit on the floor of the bathroom where he had his mouth washed out with soap. Afterward, stop at the gift shop for—what else—leg lamps, along with other fun movie memorabilia.

Families can also stay overnight at the Christmas Story House! Up to six people are permitted per night, with sleeping arrangements in the third-floor loft where Randy and Ralphie slept. Overnight guests enjoy private, after-hours access to the house. 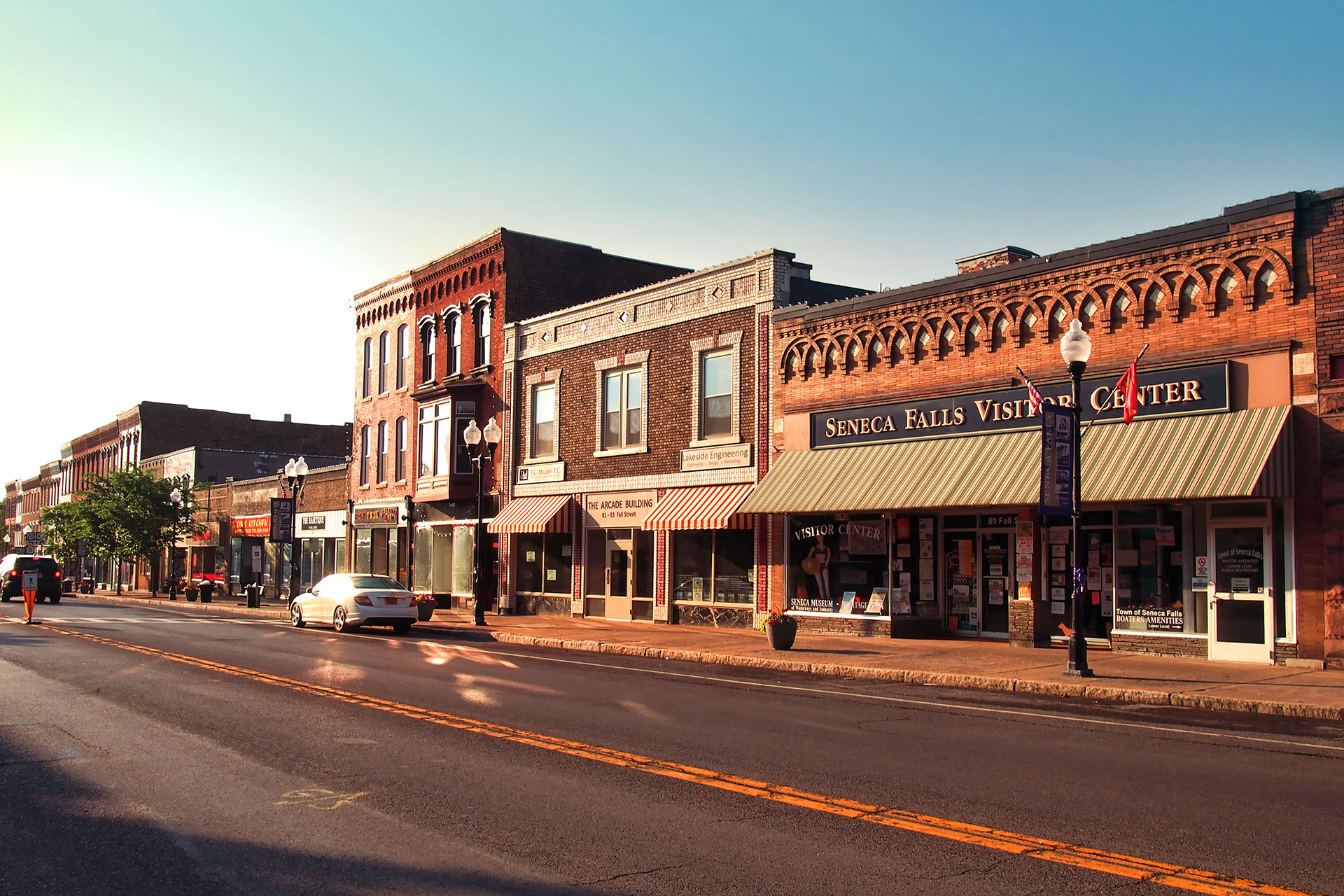 Bedford Falls was created in a California movie studio, but it was inspired by the town of Seneca Falls in Upstate New York. Visit and you’ll see the many resemblances, including the George Bailey Bridge. Seneca Falls has capitalized on its claim to fame, with a movie museum and movie-inspired street names (Angel Avenue, George Bailey Lane). And each year, the New York town also hosts a three-day festival to commemorate It’s a Wonderful Life. 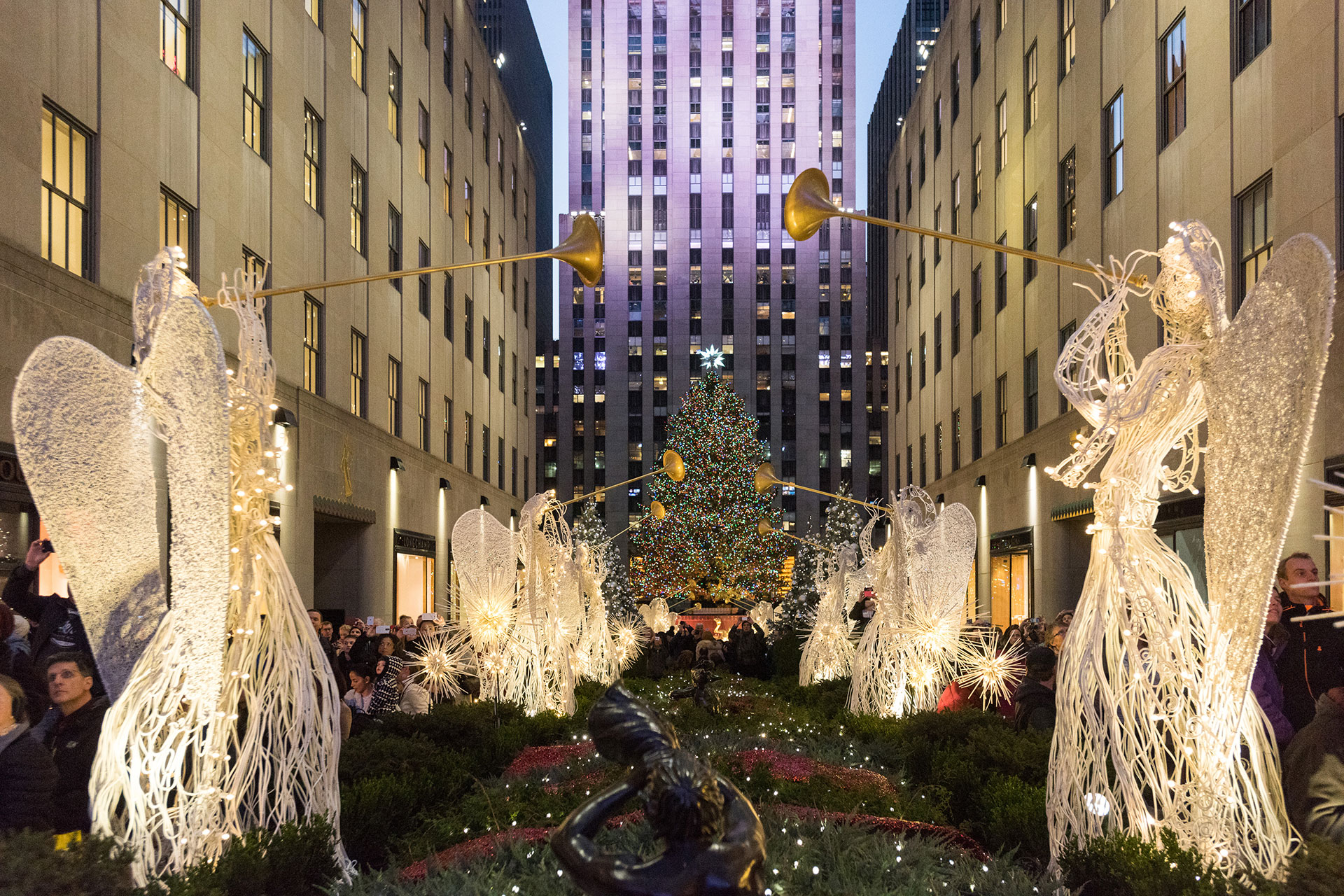 While most classic Christmas movies have been shot in New York City, nothing quite compares to Home Alone II: Lost in New York. Fans, too, can get lost in New York, following Kevin McCallister’s footsteps to Central Park; Battery Park; Radio City Music Hall; FAO Schwartz (Duncan’s Toy Chest), and even Uncle Rob’s House (51 West 95th Street). Complete your visit with room service in Suite 411 (“Kevin’s Suite”) at The Plaza Hotel! Don’t want to “get lost”? Check out the Holiday Lights and Movie Sites Tour with On Location Tours. 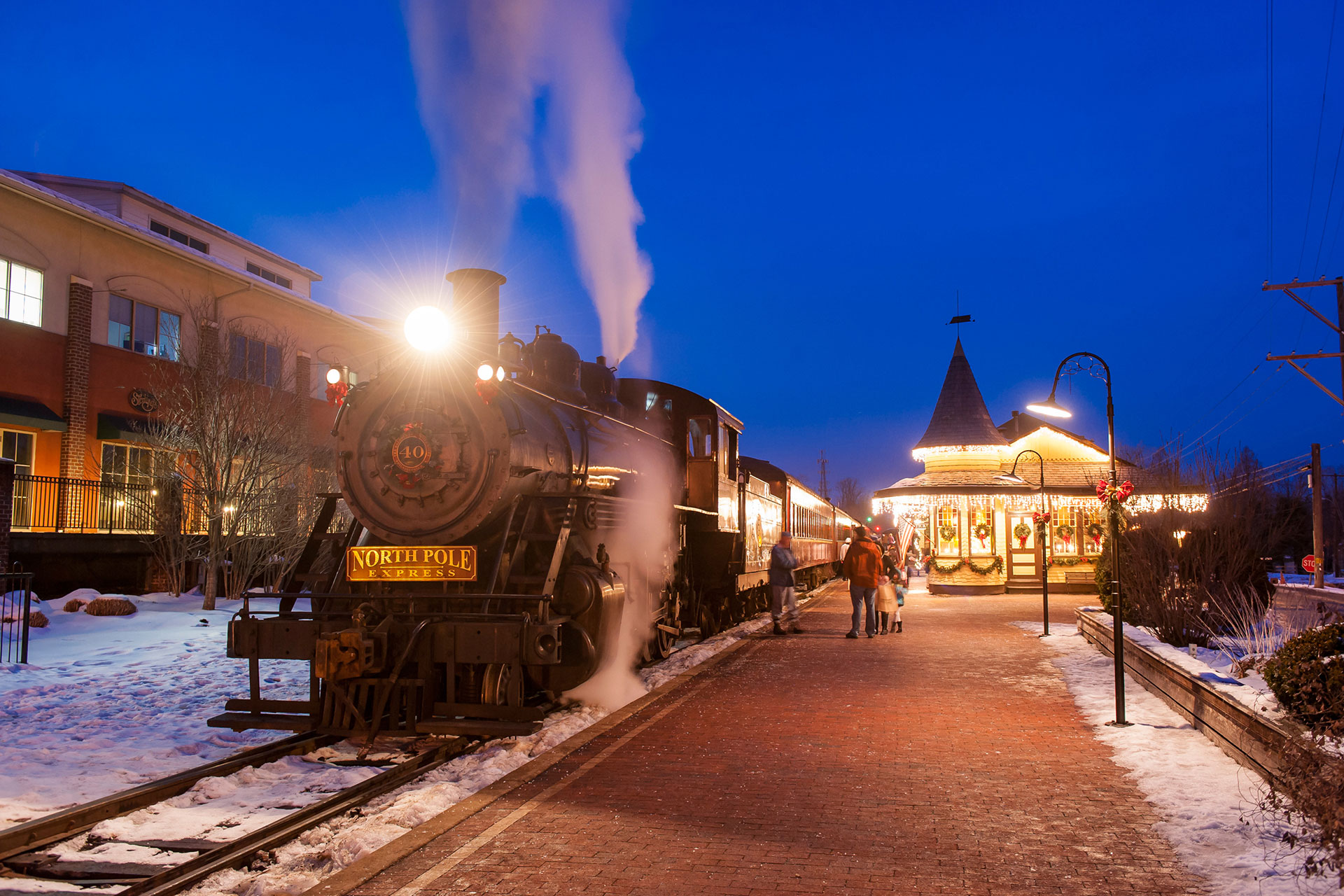 Your kids can relive the magic of The Polar Express again and again on Polar Express train rides across the country. Some rides are exclusively licensed by the Polar Express, guaranteeing hot chocolate, sing-alongs and visits with Santa — just like the movie. Others offer their own spin on the children’s classic, with the Grapevine Vintage Railroad in Texas even offering kids a chance to stop at the North Pole! For more ideas, see 13 Best Polar Express Train Rides in the U.S. 2019. 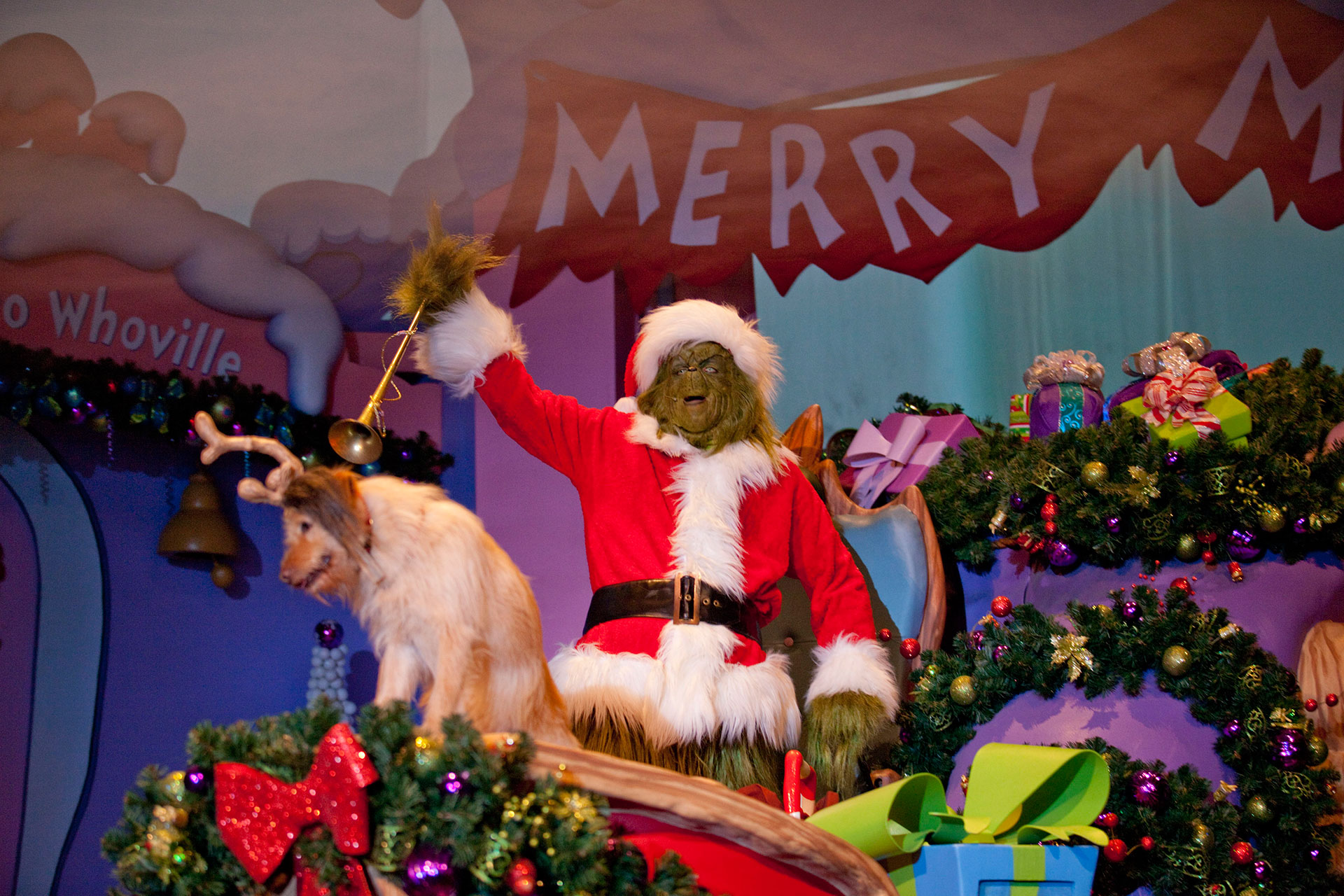 Yes, Who-ville is a real place at Universal Studios! Both parks in Orlando and Universal City, California, celebrate Grinchmas, transforming into a life-like version of Who-ville. Highlights at Universal Orlando Resort include The Grinch & Friends Character Breakfast, The Grinchmas Who-liday Spectacular and photo ops. In Anaheim, Universal Hollywood Studios offers cookie and ornament decorating and the Studio Tour Backlot Grinchmas Who-bilation of Who-Ville, where Whos sing and dance from the actual movie set.