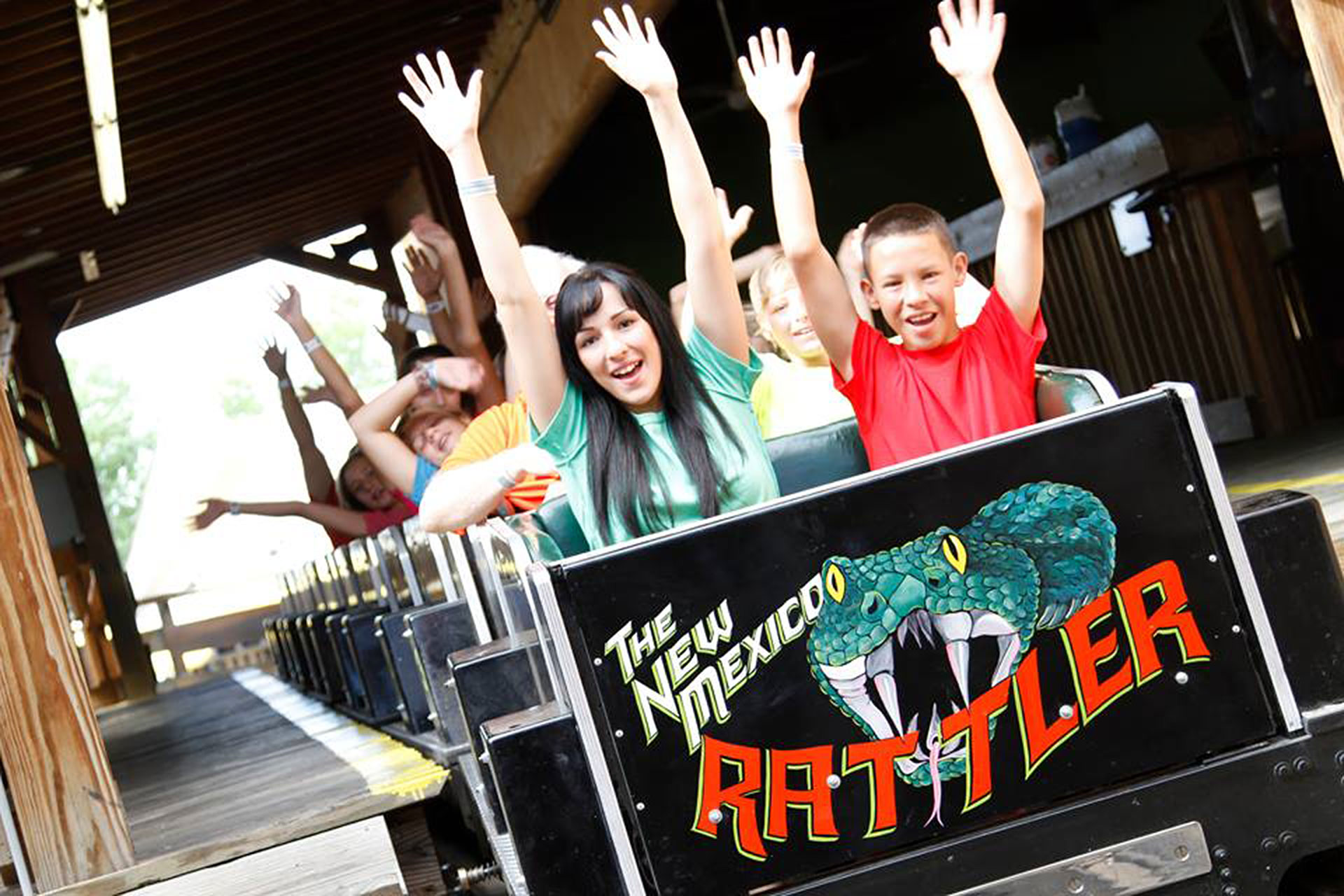 As the only amusement park in New Mexico, Cliff’s has entertained Albuquerque families for nearly 60 years. The New Mexico Rattler is a thrilling wooden roller coaster, and the WaterMania! water park is a perfect way to cool off on a hot afternoon. 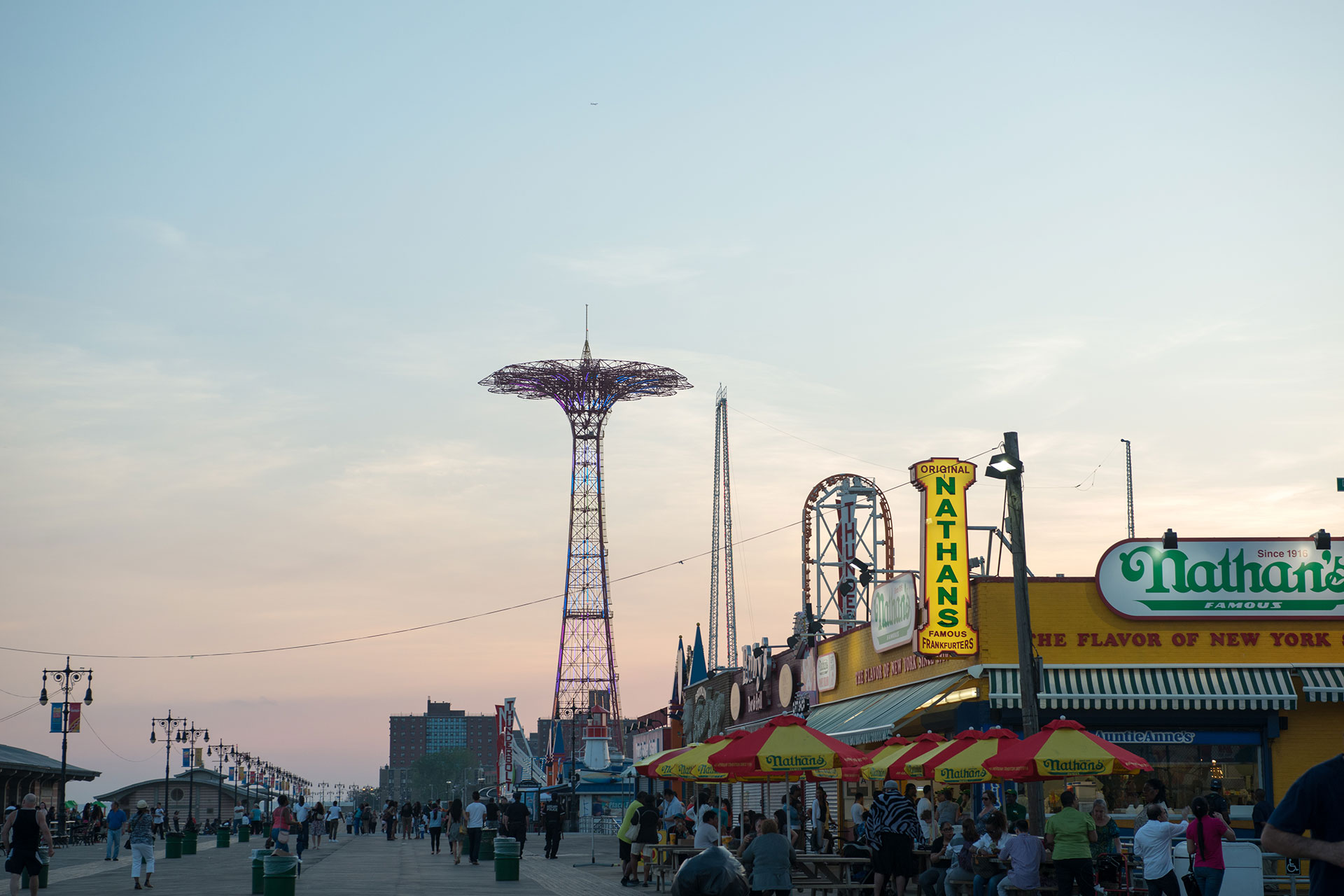 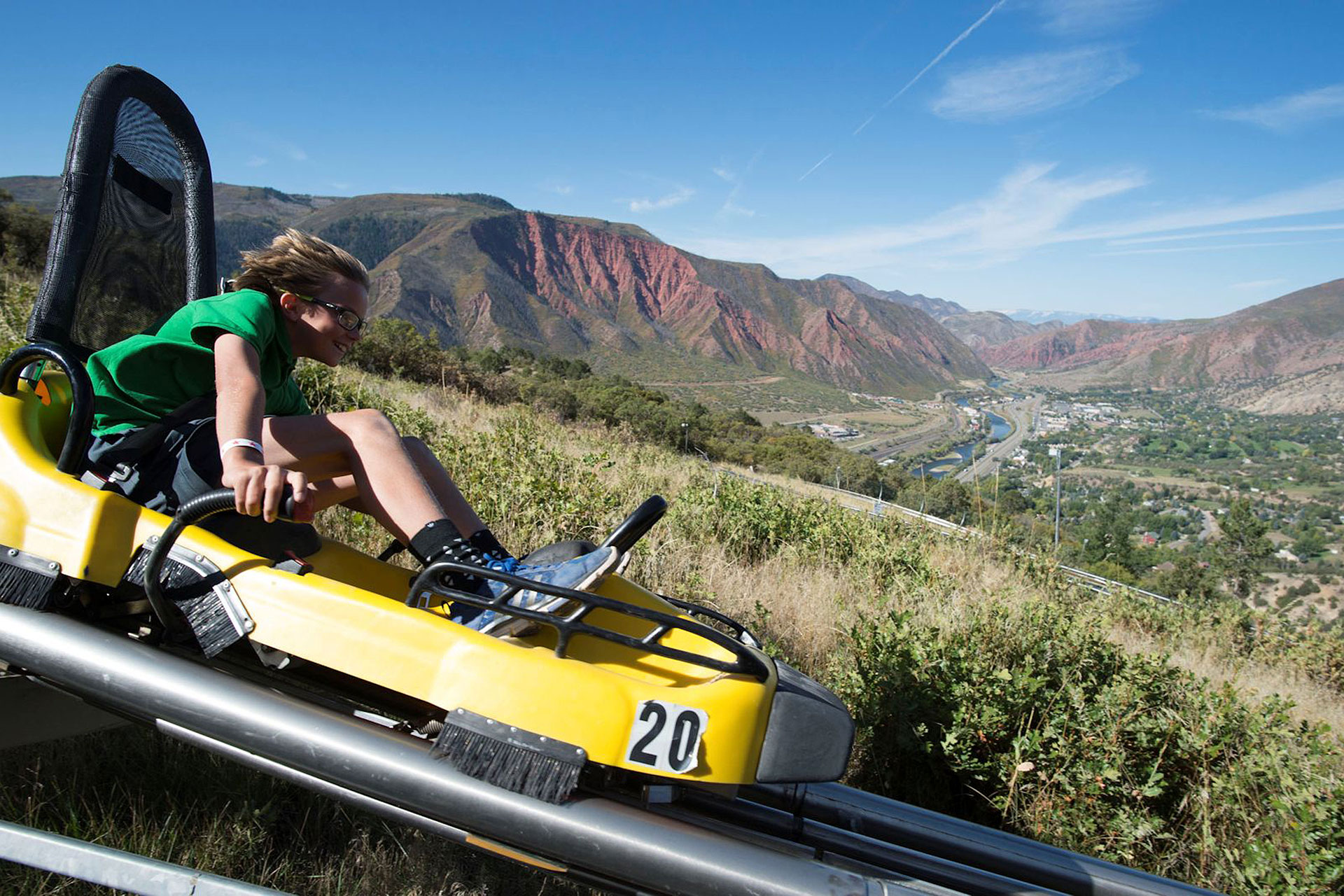 Perched on a Colorado mountaintop at 7,000-plus feet in elevation, Glenwood Caverns Adventure Park began when the owners of Glenwood Caverns started putting in rides to give people something to do while they waited for their cave tour. The park currently has multiple rides and attractions including the Cliffhanger Roller Coaster, Glenwood Canyon Flyer, Haunted Mine Drop, and the first alpine coaster in the U.S. 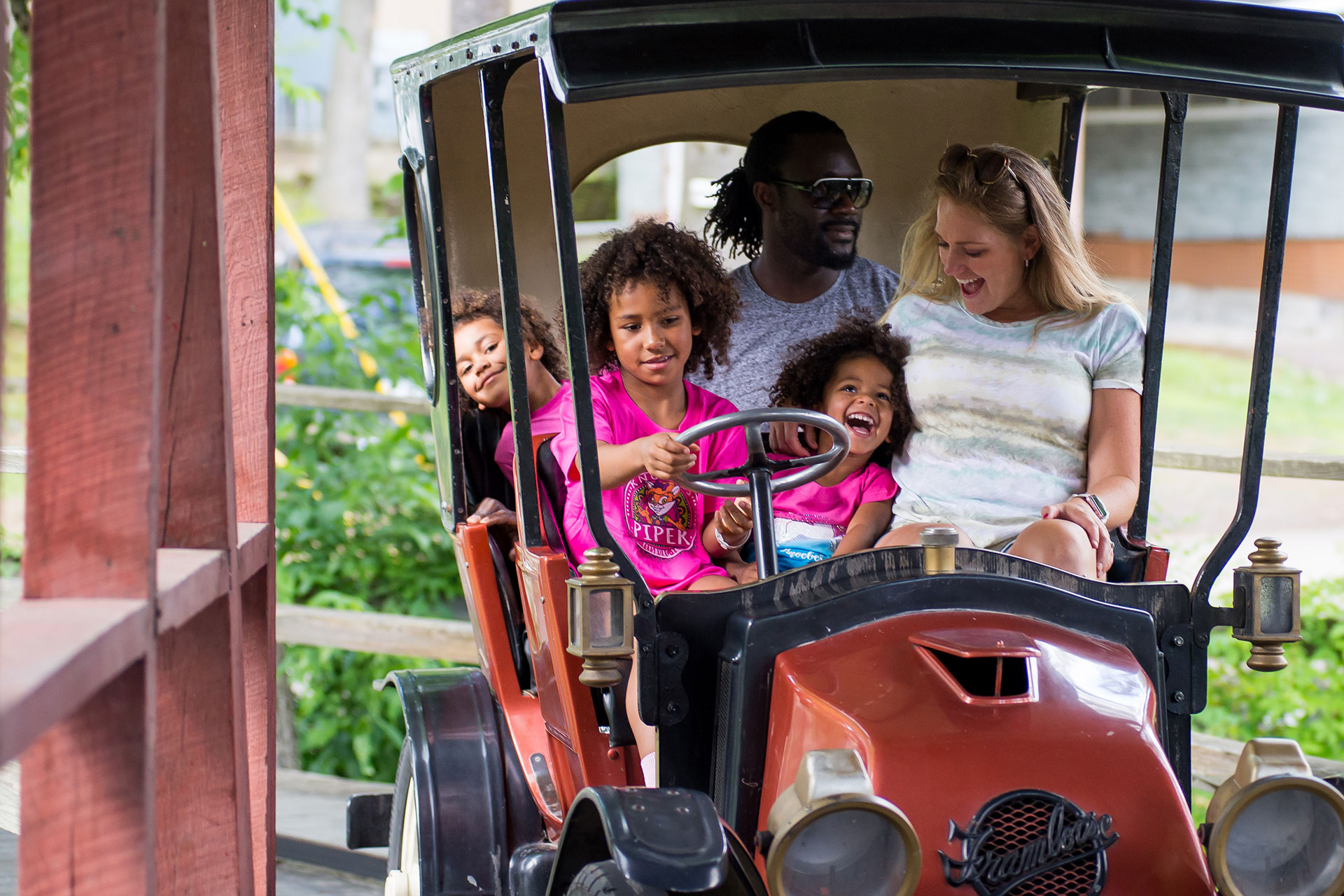 A family owned park with 60-plus rides, award-winning food, and the 900,000-gallon Crystal Pool has operated in Elysburg, Pennsylvania, since 1926. Knoebels has consistently won industry awards for best food due to its combination of taste, value, and variety of comfort cuisine. Families will find 30 different food and beverage options located throughout the 45-acre park. Another bonus? There’s no admission; instead, you pay per ride. 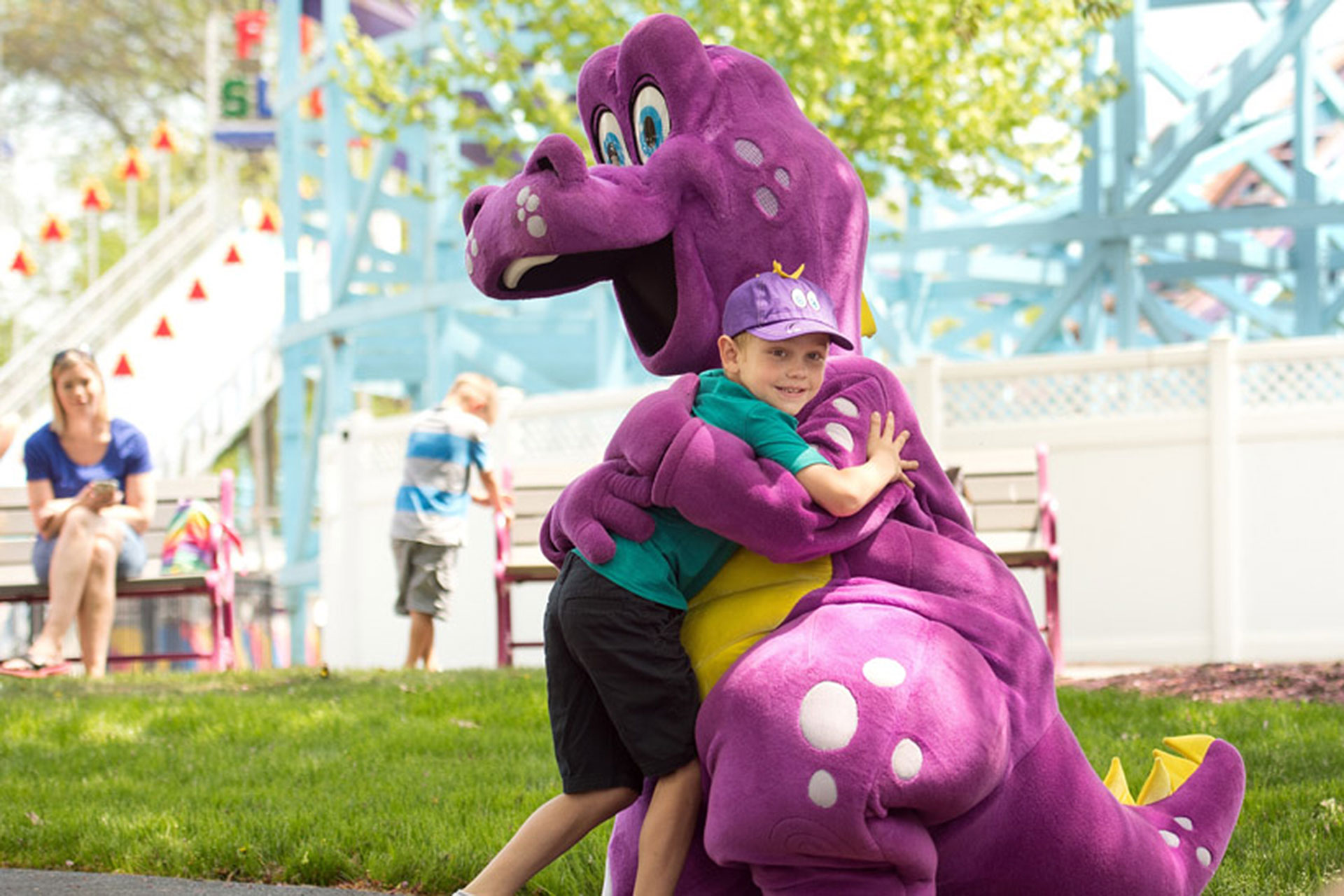 Not far from Knoebels Amusement Resort, Dutch Wonderland in Lancaster offers rides, attractions and shows designed for little princes and princesses. Rides include water attractions such as Duke’s Lagoon and the Pipeline Plunge, perfect for cooling off on a hot summer day. In 2019, a new Cartoon Network-themed hotel will open near the park.

This Arkansas amusement park is adjacent to Hot Springs National Park and home to five roller coasters, as well as an assortment of thrill, family, and kiddie rides. The water park has a large water play area in addition to a wave pool, slides, lazy river, and FlowRider surf simulator. The Timberwood Amphitheater hosts a variety of concerts included with the admission price to the park. 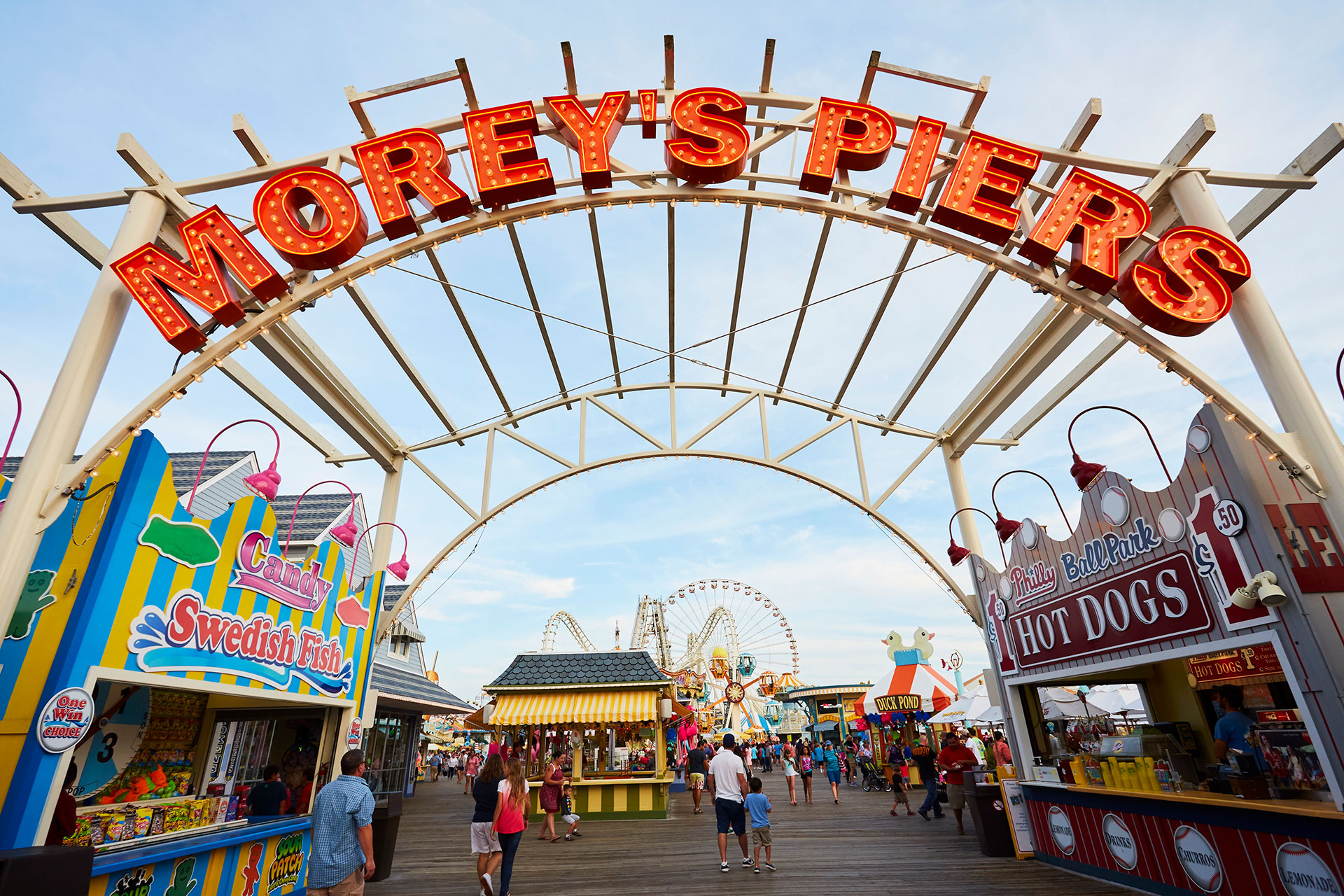 Celebrating its 50th anniversary in 2019, Morey’s Piers is a classic seaside amusement park on the boardwalk in Wildwood, New Jersey. It includes three amusement piers, two beachfront water parks, and squeezes over 100 rides and attractions into six beach blocks. New for 2019 is the family-friendly Runaway Tram roller coaster. 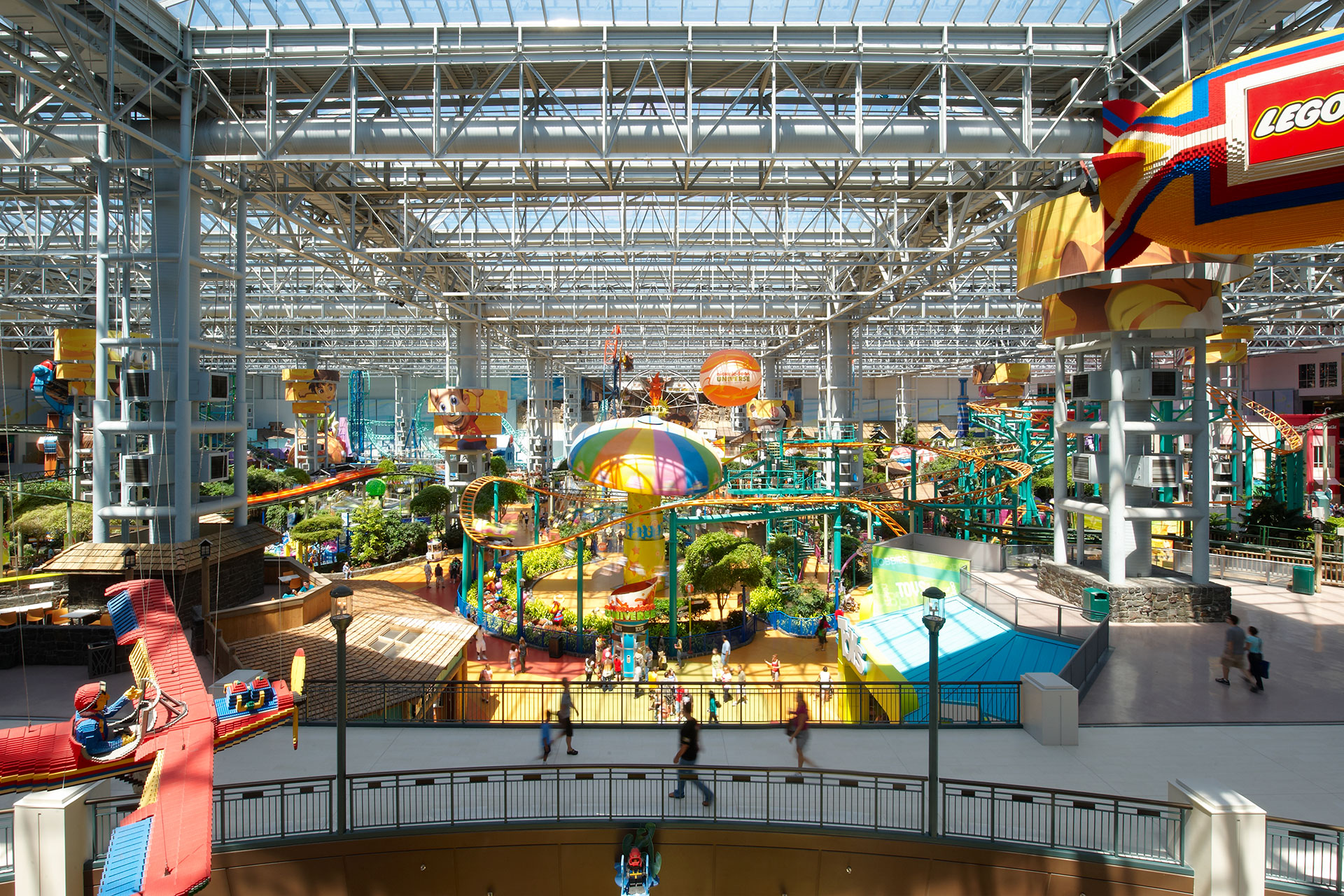 Inside Minneapolis’ Mall of America is Nickelodeon Universe, a 7-acre amusement park packed with 27 different rides ranging from the Orange Streak roller coaster to a log chute with 40-foot water plunge. There are plenty of character photo-ops from Nickelodeon shows, too, including SpongeBob SquarePants, Paw Patrol, Teenage Mutant Ninja Turtles, Dora the Explorer, and more. 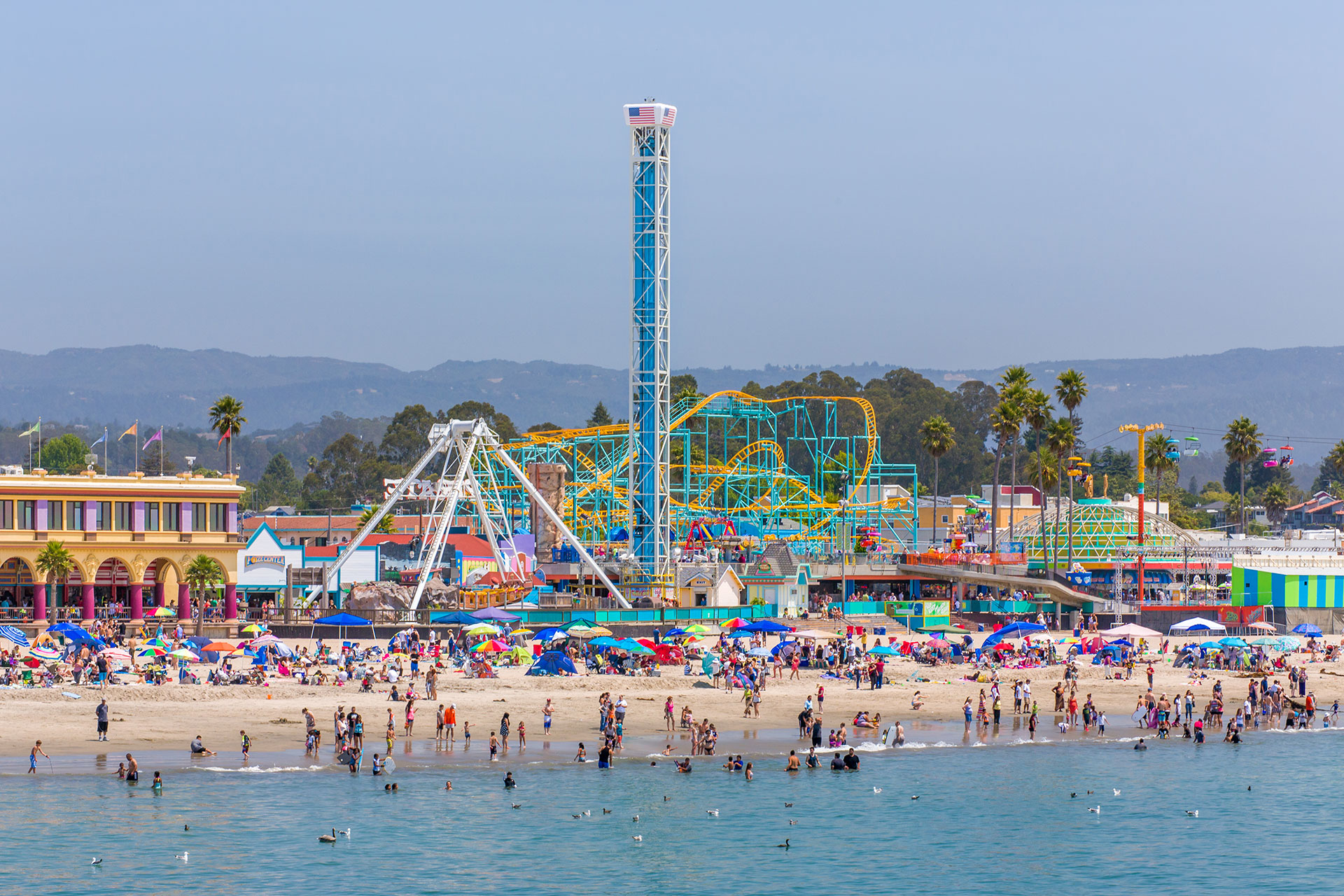 There’s no charge to enter the Santa Cruz Beach Boardwalk that has operated since 1907. The last remaining California seaside amusement park features two rides that are national historic landmarks—the 1911 Looff Carousel (with its unique ring toss) and the 1924 Giant Dipper wooden roller coaster. In addition, families can find 38 other rides and attractions, an 18-hole mini golf course, laser tag, and plenty of restaurants and boardwalk food options. In 2018, the Santa Cruz Beach Boardwalk won a Golden Ticket industry award as the Best Seaside Park, its 11th win in the category. It’s also one of the 12 Best Beach Boardwalks for Families. 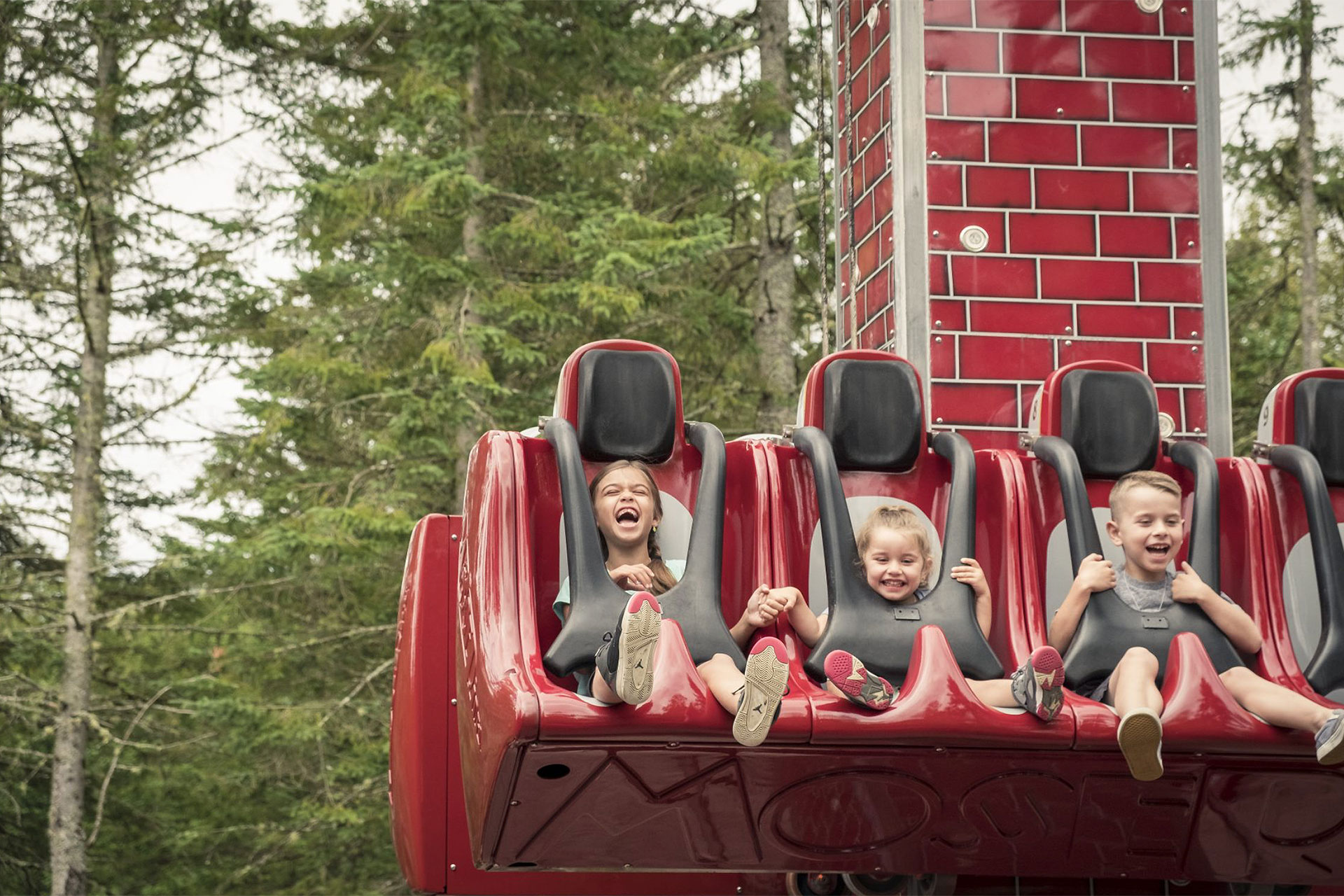 For those who celebrate Christmas (and even those who don’t), what’s more fun than Santa Claus? This Jefferson, New Hampshire, park has 20 family-friendly rides, Elf University, Reindeer Rendezvous, Santa’s Home, and a Christmas Light Show every day. During summer months, the water park is open and is launching a new Polar Paradise interactive water play area in 2019. 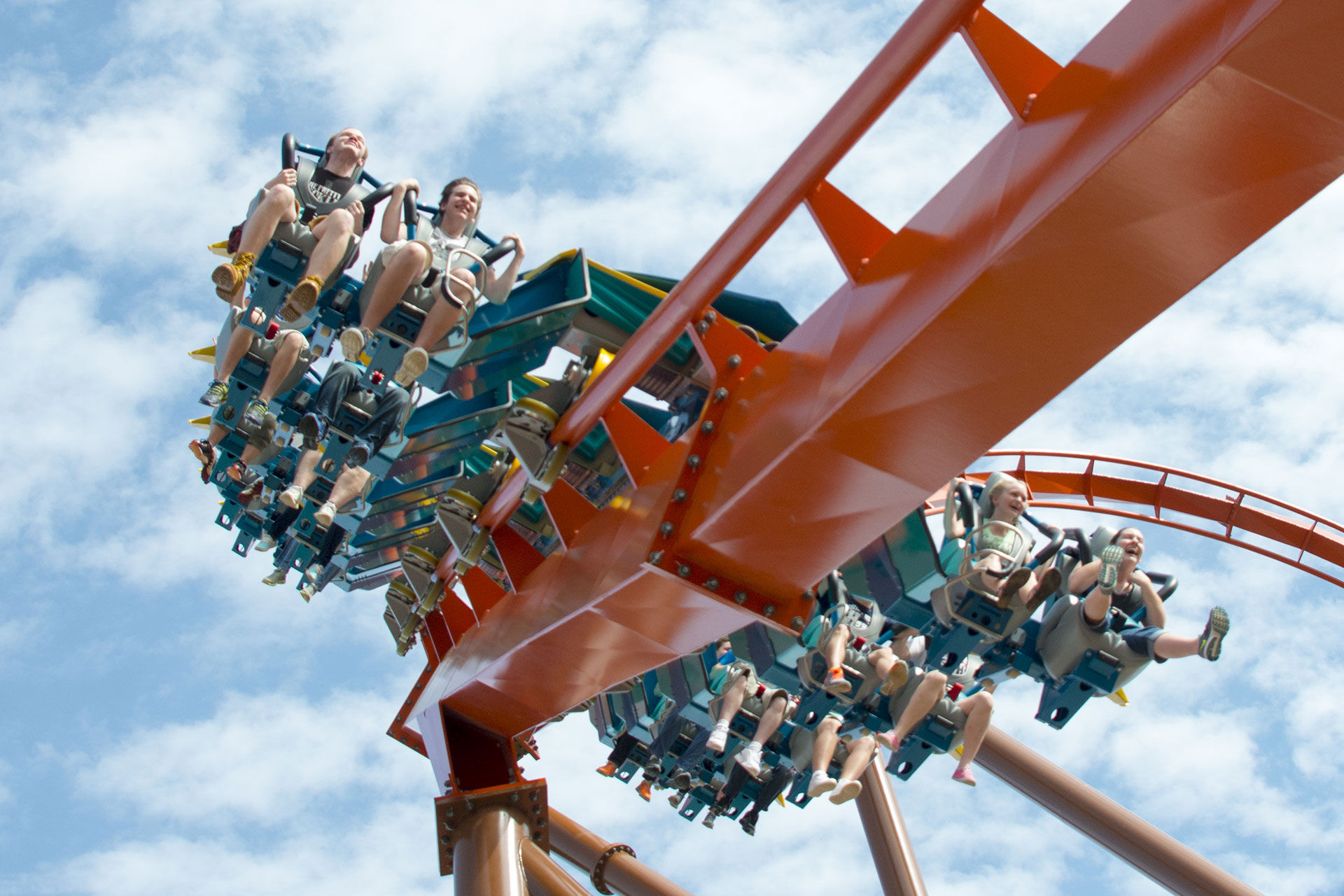 Another holiday-themed amusement park, Holiday World and Splashin’ Safari is a family-owned amusement park in Santa Claus, Indiana. The park is home to Thunderbird, the first launched wing coaster in America, and Mammoth Water Coaster, the longest water coaster in the world! Visitors enjoy rare perks only a small amusement park could offer, such as complimentary parking and free soft drinks. Opened in 2017, the Park at OWA (pronounced oh-wah) sits near Alabama’s Gulf Coast. Featuring 21 rides, midway games, and a splash pad water play area, there are activities for all ages. The signature attraction at the park is its Rollin’ Thunder steel roller coaster with a 100-foot-tall vertical lift that drops riders into a 98-foot loop. 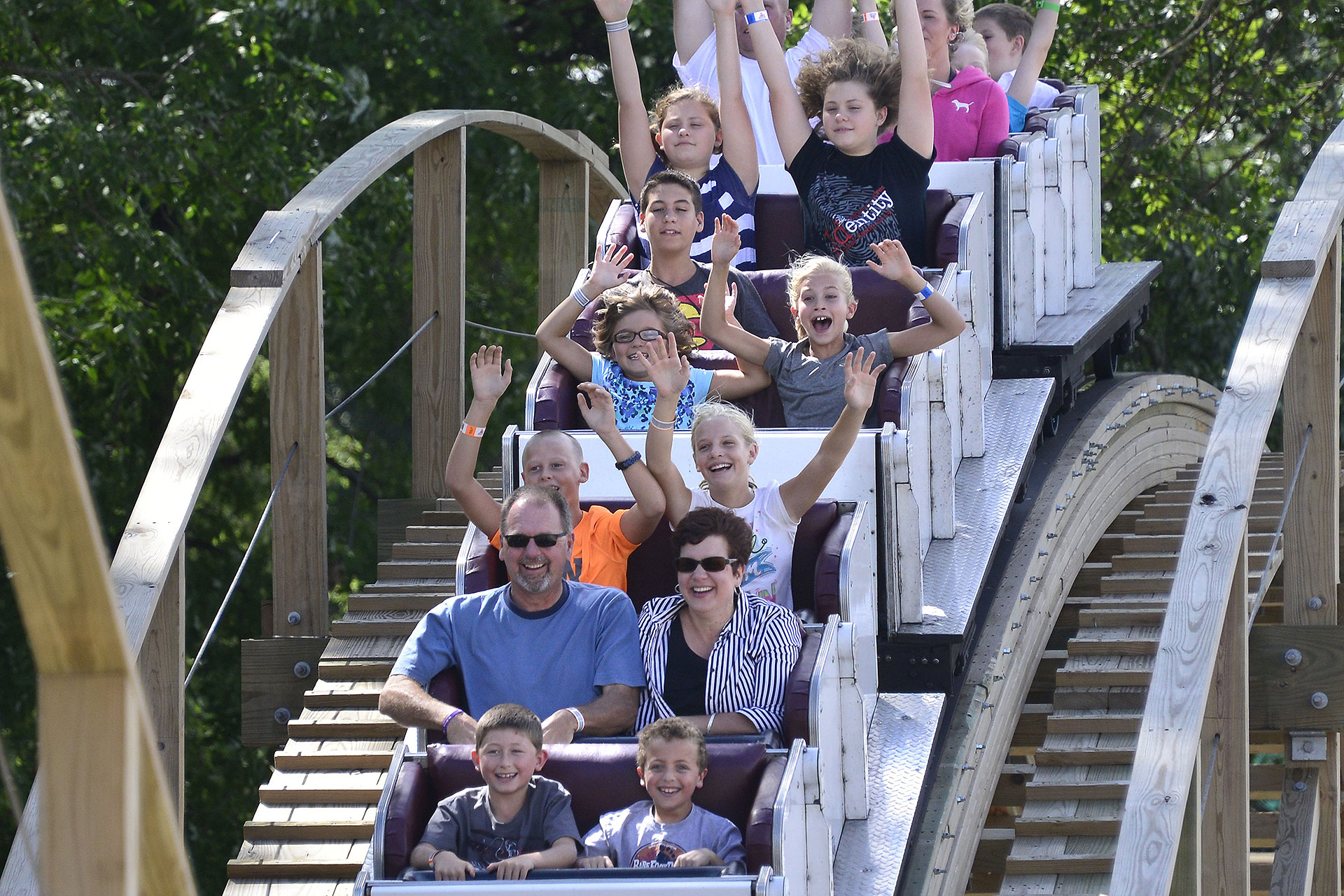 Located on Lake Okoboji, Arnolds Park Amusement Park provides classic fun for families of all ages, with rides including the Wild Mouse, Tilt-a-Whirl, Scrambler, and Tipsy House. When it’s time for a break, cool off at the beach or check out the onsite maritime museum. Parking is free.