Yes, you can bring the kids to breweries and brewery towns on your next trip. You’ve paid for that hard-earned family vacation, after all! Have your beer and drink it too in these destinations where the craft brews are as plentiful as the kid-friendly attractions, restaurants and hotels. 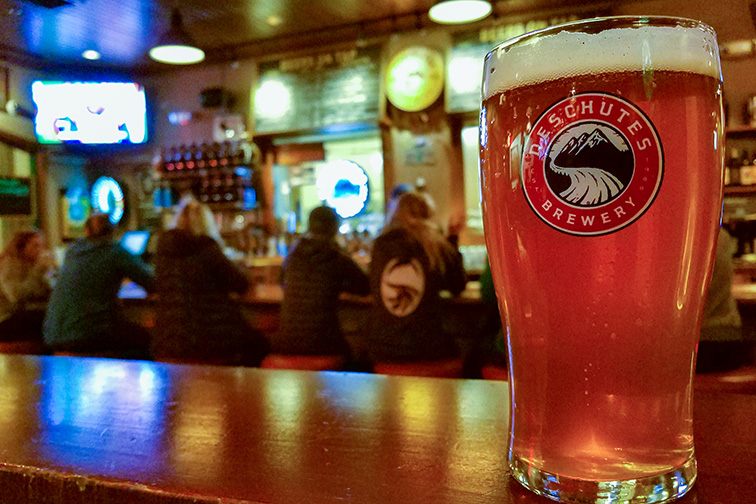 Float down the Deschutes River, then have a refreshing beer at Deschutes Brewery Bend Public House! That’s what a typical vacation day in Bend, Oregon, looks like—outdoor adventures, craft brews, repeat. For families, we especially love Hopservatory (located inside Worthy Brewing Co.), where you can see the constellations through a 16-inch reflector telescope. Other family-friendly attractions in Bend include Mt. Bachelor Ski Area and the Deschutes National Forest, where you can explore Tumalo Falls and the Newberry National Volcanic Monument. 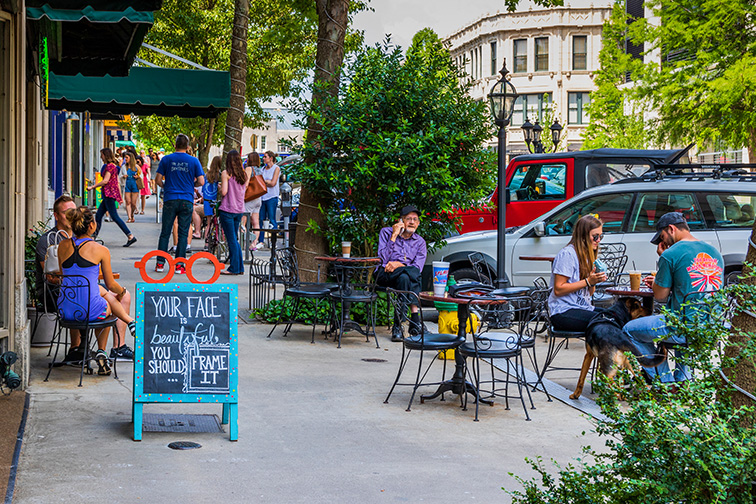 There are 30-plus breweries packed into the small town of Asheville, North Carolina. But that doesn’t mean the kids won’t enjoy it. Solo travelers, couples and families come to Asheville for hiking at Chimney Rock State Park, scenic drives and picnics along the Blue Ridge Parkway, and tours of Biltmore Estate (especially pretty at Christmastime). The music and food scenes are also a major draw. 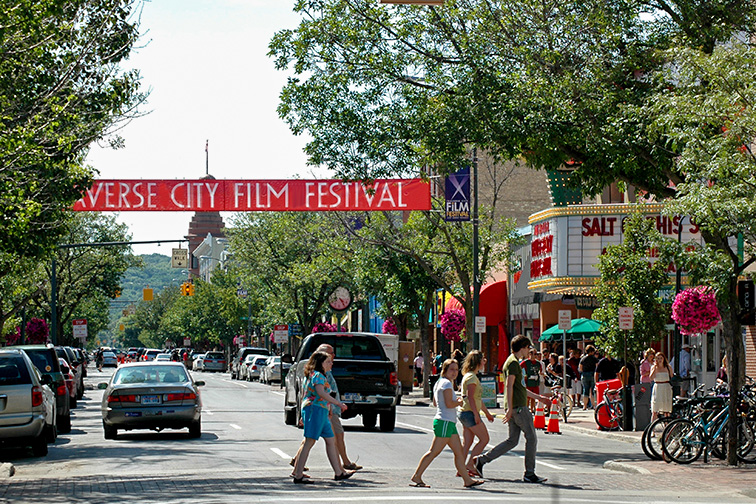 Traverse City, Michigan, has a number of family-friendly breweries (and cideries and wineries). North Peak Brewing Company operates in an old candy factory and offers great beer and kid-approved fare, and Northern Natural Cider House and Winery offers an open mic night for kids! Other things to do in Traverse City include visiting the National Cherry Festival and the World’s Largest Cherry Pie Pan—this is the Cherry Capital of the World, after all! Nearby Sleeping Dunes National Lakeshore is also a must. Two words: Heady Topper. If you’re a devotee of this beer, you simply must go to The Alchemist in Stowe, Vermont. This brewery, also famous for its Focal Banger IPA, is so legendary that many craft beer fanatics come to Stowe just to experience it! Other Stowe breweries include the von Trapp Brewery & Bierhall (yes, that von Trapp family), Idletyme Brewing Company, and Stowe Cider for those who prefer the sweet stuff. Of course, Stowe is a family-friendly destination through and through, with Stowe Mountain Resort offering year-round outdoor adventures and the nearby Ben & Jerry’s Factory Tour serving up ice cream samples. 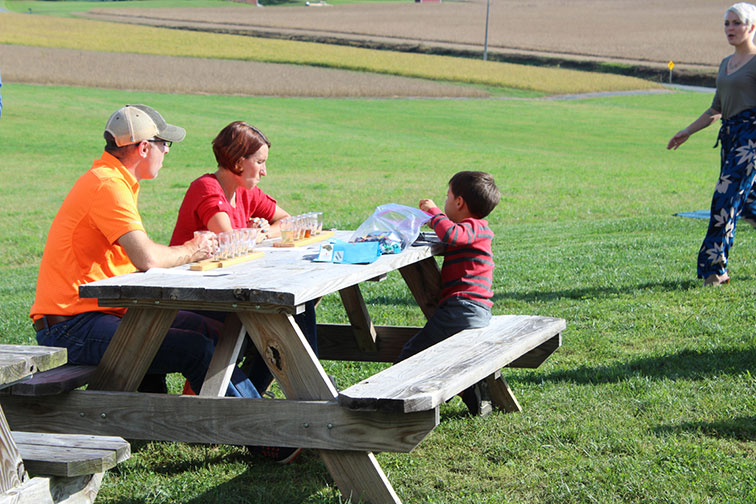 Frederick, Maryland, is ideal for a long weekend getaway with kids, with local highlights including themed train rides at the Walkersville Southern Railroad, waterfall hunting in Cunningham Falls State Park, and dining at Family Meal, an upscale take on a classic diner. Another highlight to this Civil War-era town? The breweries! Frederick has about a dozen in total, Flying Dog being the most well-known. 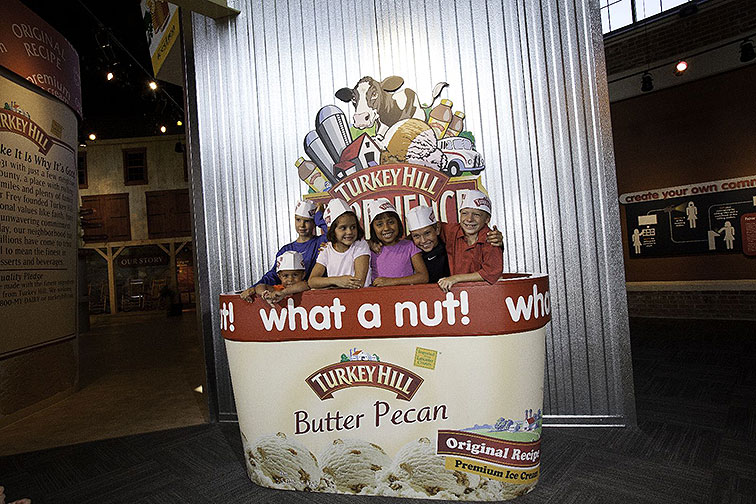 Believe it or not, Lancaster, Pennsylvania—otherwise known as Amish Country—offers several craft breweries in and just outside of city limits. Local favorites for parents include Lancaster Brewing Company, Spring House Brewing Company, Wacker Brewing Company and Bube’s Brewery (a brewery in a cave!), and local favorites for kids include Dutch Wonderland, The Turkey Hill Experience, and the Strasburg Rail Road. Bonus: Hershey and Tröegs Independent Brewing are located close by! (Is it time for Mad Elf yet?) 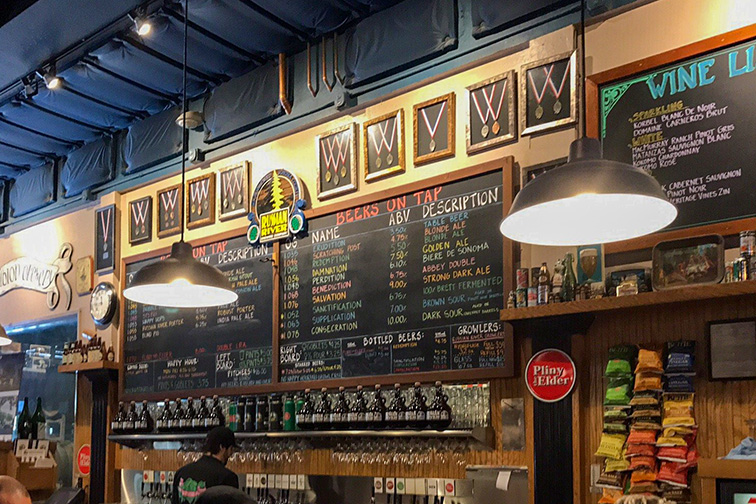 If you’re a fan of Pliney the Elder (or Pliney the Younger), a trip to Santa Rosa, California, is in order. Russian River Brewing Company, the brewery that produces Pliney, is located in Santa Rosa and features tastings, flights and a full-service restaurant with a kids’ menu. There are more than a half-dozen kid-friendly microbreweries in Santa Rosa, with several others nearby—including the well-known Bear Republic Brewing Company. Outside of the breweries, you’ll find lots of great activities for families such as Safari West and the Charles M. Schultz Museum.