Looking for some place fun and unexpected to grab the kids and go? Throw a few bags in the car and head in any direction from the Buckeye State. You’ll find urban marvels in Motown, an enchanted hidden gem in Ontario, and even a monster museum in West Virginia. The best part is, none of these long weekend getaways will break the family budget. These are the best cheap family vacations near Ohio. 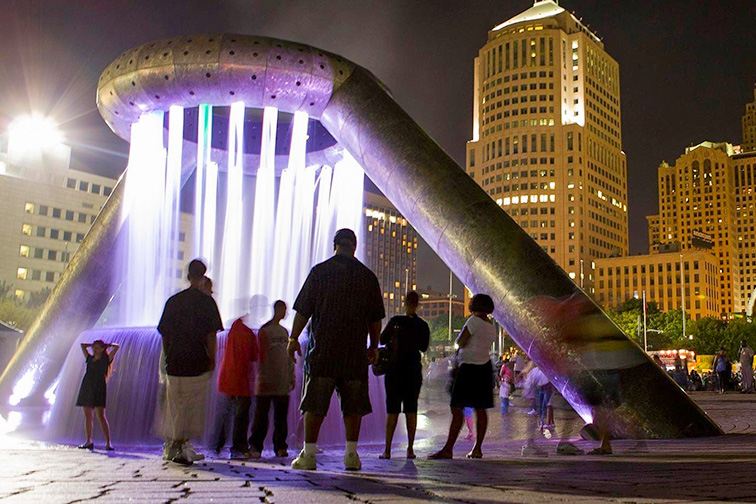 Detroit, Michigan, is a paradox, a big city with small city prices. Ohio travelers who make the short run to Motown will be pleasantly surprised by frugal places to stay and play. Be swept away by Belle Isle, a 987-acre island park featuring three lakes, 150 acres of wooded area and spectacular views of the Detroit and Windsor skyline. Open year-round, the Belle Isle Aquarium houses stingrays, coral reef fish, electric eels and more. There’s also a nature center where you can feed deer, a zoo, and a conservatory. The Recreation Passport gets you and your family access to everything on the island. For a day of culture and music, visit the Detroit Institute of the Arts, followed by a stop at the Motown Museum, known as Hitsville USA. When you get hungry, slice into Sister Pie, a now-fabled corner bakery in Detroit’s West Village. 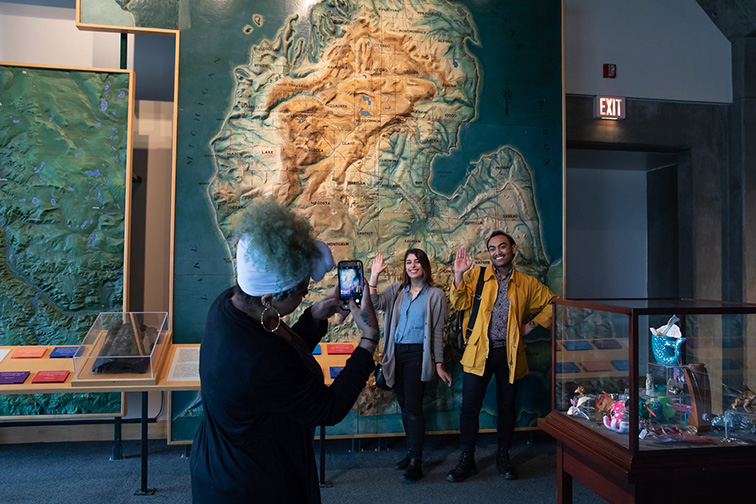 Grand Rapids may be known as “Beer City” with its surplus of highly praised brews, but it’s also marvelously kid-friendly. Stroll the riverfront in the city’s walkable downtown and hit the ever popular and free Fish Ladder Park, where families love to watch salmon jump up the ladder to their spawning ground. (Parking is free, too). Then meander to the Grand Rapids Public Museum, with its giant whale skeleton and a focus on science, history, and culture. Don’t forget a spin on the 1928 Spillman carousel.

Just a few minutes from downtown, spend an entire day at Frederik Meijer Gardens and Sculpture Park. Kids will crane their necks up at the massive Spider sculpture, or DaVinci’s colossal horse, and watch wide-eyed as a giant cluster of Venus Fly Traps devour their prey. 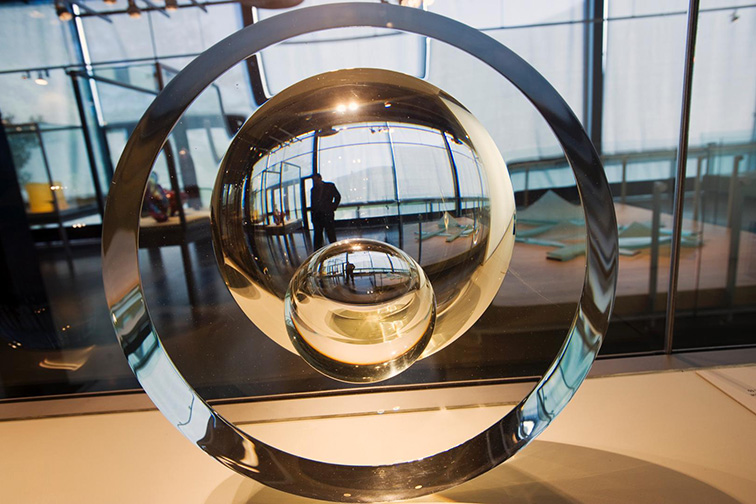 Located on the edge of the idyllic Finger Lakes region of New York, the small city of Corning appeals to the artist and the rugged outdoors person in all of us. If your family is a blend of both, Corning will hit the sweet spot. “Ooh” and “ahh” at the world-famous Corning Museum of Glass, which tells the story of glass from early Roman artifacts to modern hot glass demonstrations. For artists and art lovers of all ages, the Rockwell Museum has loads of kids’ activities as it explores America through American artists such as Audubon, Remington and Wyeth. Afterward, ramble through the Spencer Crest Nature Center with hiking trails, ponds and streams, or take a splash in the Seneca Lake, just half an hour away. Nearby Watkins Glen State Park is famous for its 19 tumbling waterfalls within a 2-mile span.

Ohio may have more Amish folk than anywhere in the U.S., but Shipshewana, Indiana, is a true mecca for fans of the Plain People. Hop into an Amish horse-and-buggy rig clip-clopping down the road to an area farm. Check in at an area eatery, such as the 5 and 20 Country Kitchen, and chances are good your waitress or hostess is Amish. Wander through pretty backroads and you’ll be stopping along the way at small, family-owned shops selling cheese, honey, quilts, and baked goods. Take in a show at the nearby Round Barn Theater, where gentle productions such as Little House on the Prairie: The Musical match the old-fashioned surroundings. Hotels and even Amish bed and breakfasts are very affordable and help you save room in your budget for shoefly pie. 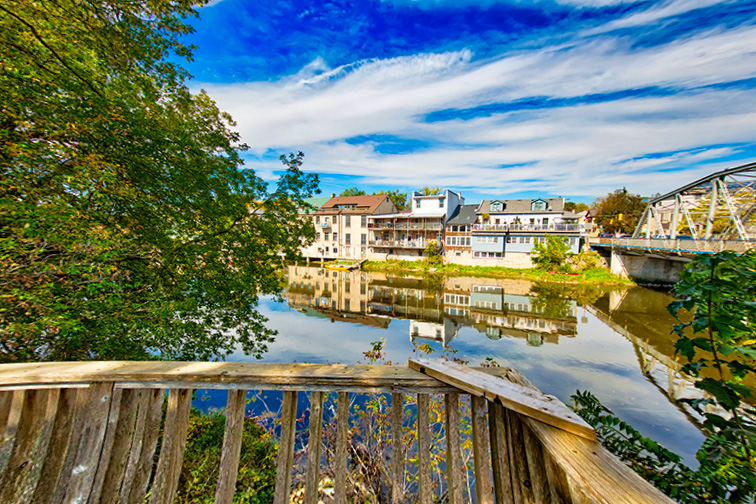 A.J. Cassen of Canada’s legendary Group of Seven artists, called the twinning town of Elora and Fergus “Ontario’s most beautiful village.” Because the American dollar performs so well in Canada, a trip across the border can be quite economical. And in Elora and Fergus, a magical place of limestone quarries and parks with stone parapets overlooking the rushing Grand River, the vistas are free. Hike the Elora Gorge, featuring riverside trails (with safety barriers) and spectacular views. Kayak, tube or raft down the river, or embark on a GPS enabled bicycle tour around the enchanting town. Grab a bite at the storybook Lost and Found Café, situated in the Elora Mews, a limestone pedestrian market in Elora’s downtown. Every second weekend in August, families with Scottish roots can show some clan pride at the Fergus Scottish Festival, the third largest clan gathering in the world. 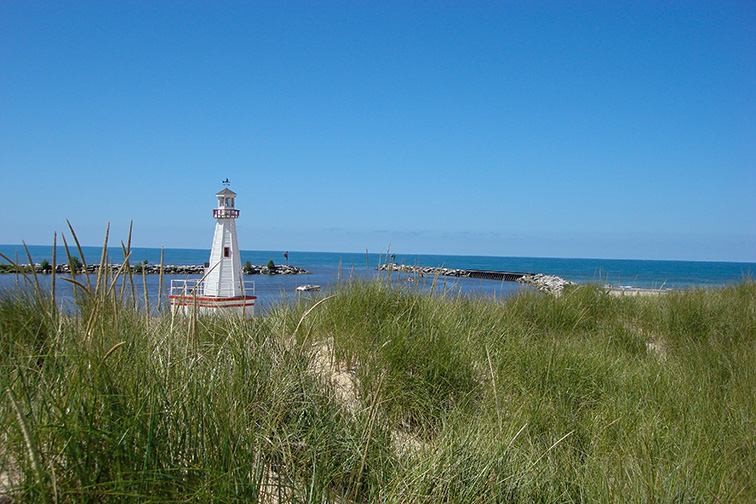 Harbor Country offers at least a dozen Lake Michigan beach towns with everything your family adores about sun, sand, surf… and trains! Go for a steam train ride at the Hesston Steam Museum in La Porte, Indiana, followed by a stop at the I Love Toy Trains shop in nearby Michigan City, Indiana. Stretch food dollars with a stop at the open-air European Farmers Market in New Buffalo, Michigan, for fresh Michigan peaches, jerky and pastries. Climb or sled a sand dune, depending on the season, at Warren Dunes State Park, with six miles of hiking trails and Tower Hill Dune, which rises 24 stories above the lake. Experience the rare “Singing Sands” phenomenon where the sands resonate at a high pitch as you walk the beach. 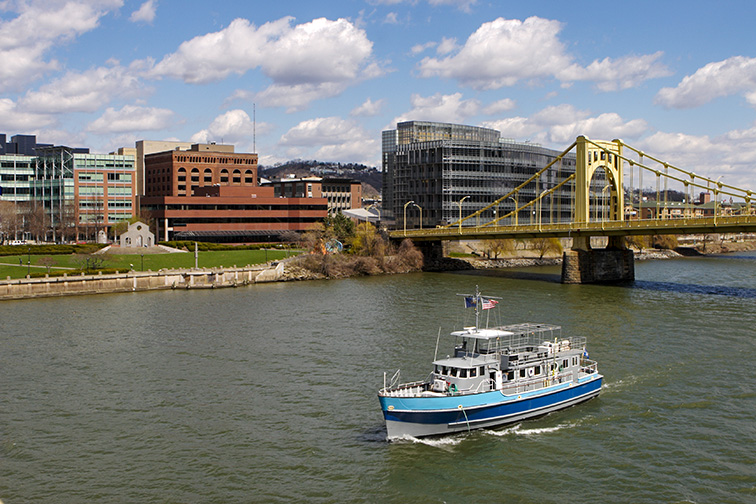 Pittsburgh could be called “Kidsburgh” as family attractions abound. Ascend to the top of Mount Washington for incredible views of the city on the Monongahela or Duquesne Incline, two antique funiculars. Probe the mysteries of science at the Carnegie Science Center, with over 250 exhibits related to science and technology. At Roboworld, for example, you can challenge a robot to a game of air hockey and see replicas of Gort, HAL 9000, and C-3P0.

Animal lovers can’t miss one of Pittsburgh’s singular spaces: The National Aviary, where birders of all ages can wonder at hummingbirds the size of a thumb or Andean Condors with giant 10-foot wingspans. It’s an indoor jungle of the world’s most fascinating birds. 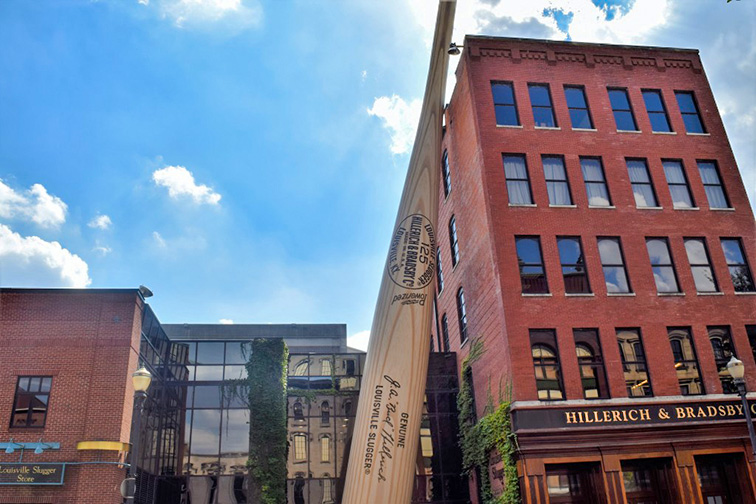 For some sweet southern flavor at prices even Colonel Sanders would love, the home of the Kentucky Derby, Kentucky Fried Chicken and Louisville Slugger bats is a family getaway with something for everyone. Try ziplining at Louisville Mega Cavern, the world’s only fully underground course. Then tour 17 miles of man-made passages on their Mega Tram.

Sports fans will take a shine to The Muhammad Ali Center, an interactive museum about Ali’s life. Or take a crack at the Louisville Slugger Factory and Museum, where you can design your own personal bat to take home.

Just an hour away is Fort Knox, which houses its famous gold depository, and is also the home of the Patton Museum and its large collection of tanks and other armored vehicles. 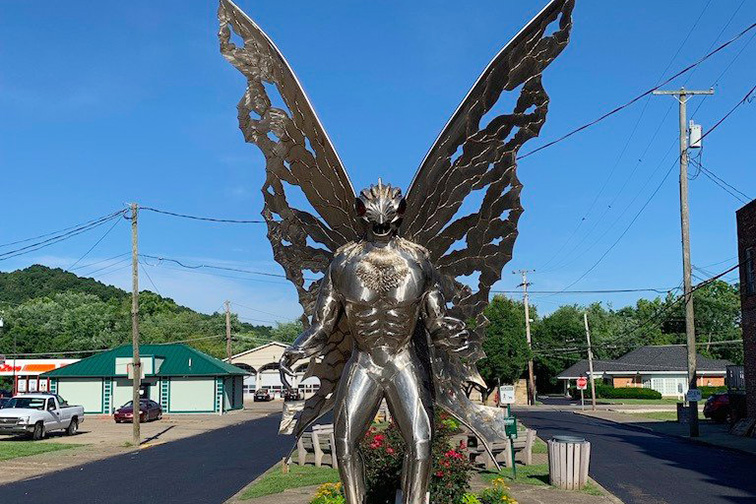 For families with older kids and tweens who like everything spooky, ookie, mysterious and kooky, Point Pleasant, West Virginia, and its monstrous Mothman is just under four hours from Cleveland and much closer to Ohio’s other population centers. According to urban legend, a red-eyed alien struck the area in 1966. At the Mothman Museum, you’ll see creepy models of the monster, as well as newspaper clippings and movie mementos from the 2002 film, The Mothman Prophecies. After getting creeped out at the museum, families can browse the antique shops, including The Mason Jar. There’s also a short, 5-mile bike loop that winds through downtown to Tu-Endie-Wei State Park, where the views at the junction of the Ohio and Kanawha rivers are worth the trip.

Lorilee Craker loves to travel and write about it. The author of 15 books, she lives in Grand Rapids, Michigan, with her family.

Mom’s/Women’s Outfit to Wear in the Winter

Dad’s/Men’s Outfit to Wear in the Winter

Girl’s Outfit to Wear in the Winter

Boy’s Outfit to Wear in the Winter