Even though summer is peak travel season for many destinations and airports, there are some surprising airfare deals to be found. We turned to Tracy Stewart, content editor at our sister site, Airfarewatchdog, to find out which destinations will be cheaper to reach in summer 2020. We also included a few of our own reliable and affordable summer vacation favorites. 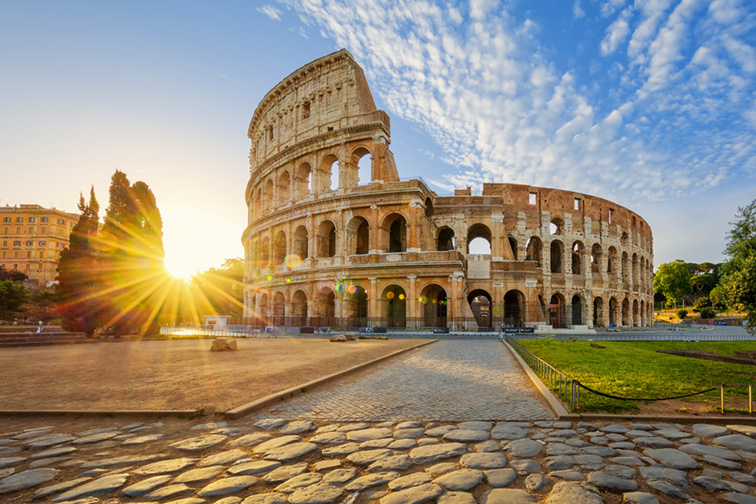 If you’ve had a trip to Italy on your bucket list, early and late summer 2020 are shaping up to be a good time to look for deals thanks to new airline routes and increased competition, says Stewart. “Look for Norwegian‘s new nonstop service to Rome to begin in March from Denver, and in June from Chicago, in addition to existing service from New York, Boston, Los Angeles, and San Francisco,” he says. Sicily fans should take note that United is launching a new route from San Francisco to Palermo in late-May, so start your search window for potential deals then, as other airlines are likely to compete. For the best deals, look for travel dates before mid-June and after mid-August, Stewart advises.

We’ve been blown away by the low fares into Denver airports from Florida, New York and many other states, of late. Look for roundtrip fares on dates right through the heart of summer around the $200 mark on airlines such as Frontier, United and JetBlue, among others. Denver is a cool, outdoorsy destination in its own right, of course, full of parks and with a great children’s museum to explore. But the biggest sell for summer family travel in Denver as a convenient launching point for heading into the Rocky Mountains to see wild nature in spots like Estes Park and explore the many other adorable mountain towns bordering Rocky Mountain National Park. 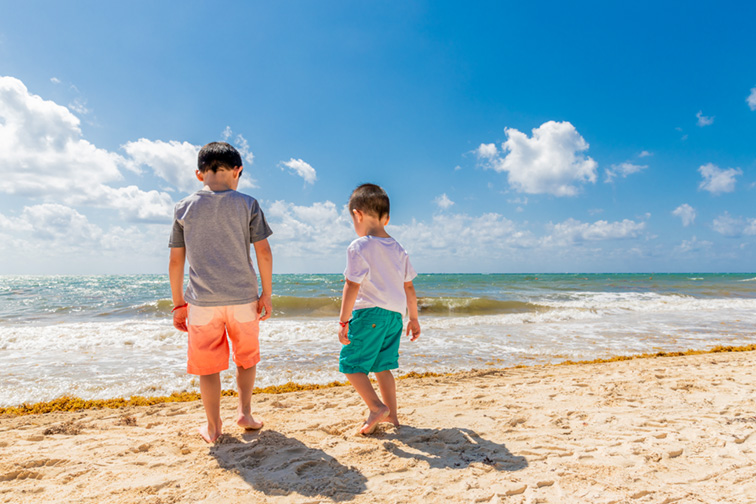 With nonstop flights to Cancun from most major U.S. cities, the popular Yucatan resort destination is one of those places where you can almost always find an airfare deal. “The lowest fare tends to hover below $300 round-trip from the East Coast and Midwest,” says Stewart, who suggests checking flights on budget carriers that fly to Cancun, including Volaris, Interjet and VivaAerobus. Once there, you can choose to go as budget or high-end on your stay as you please. Cancun is known for its beautiful turquoise waters, white-sand beaches, and an abundance of all-inclusive resorts. 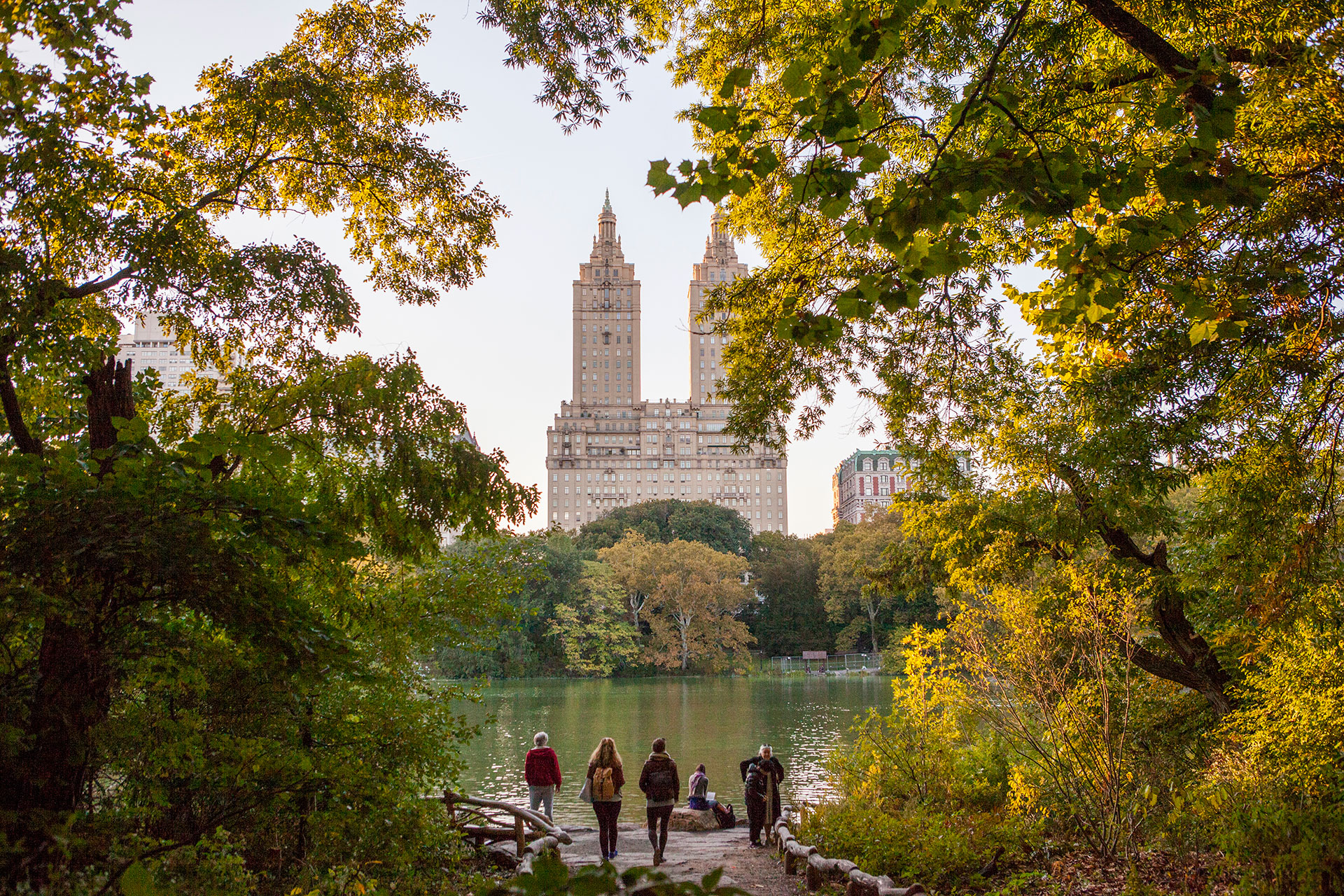 If you’ve been waiting for the right time to press purchase on a family trip to New York City, this summer is looking auspicious when it comes to airfare deals. “Not long after Southwest yanked service from Newark, Denver-based Frontier stepped in to fill the gap with 16 new routes to New York City’s second-largest airport,” says Stewart, “And for those who don’t mind forgoing a few frills, JetBlue is now offering its own version of basic economy, putting it in a better position to compete with low-cost carriers like Frontier.” Stewart says it’s not unusual to see flights between New York City and Florida cities dipping below the $100-mark round-trip, and coast-to-coast deals for under $200. “With Frontier operating nonstop service between Newark and Ontario, just south of Los Angeles, fares between the New York area and Los Angeles are also likely to drop even more in 2020,” he adds. 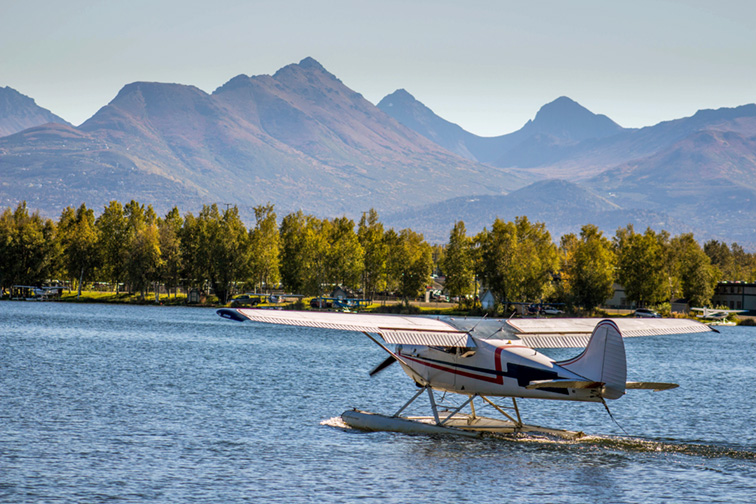 Summer in Alaska is special, with all the wildlife out to play, flowers everywhere and the wilderness at your doorstep (even in urban areas). With Alaska Airlines and Delta Airlines competing on the low fare front to cities like Anchorage and Fairbanks, families looking to snag cheap tickets to Alaska from West coast hub cities like Seattle should be on the lookout for fare deals this summer. (Fares around the $200 to $300 mark are looking to be the norm from Seattle). East coast hubs like Detroit and Minneapolis sometimes get in on the cheap flights, too, so be sure to cast a wide net when searching. 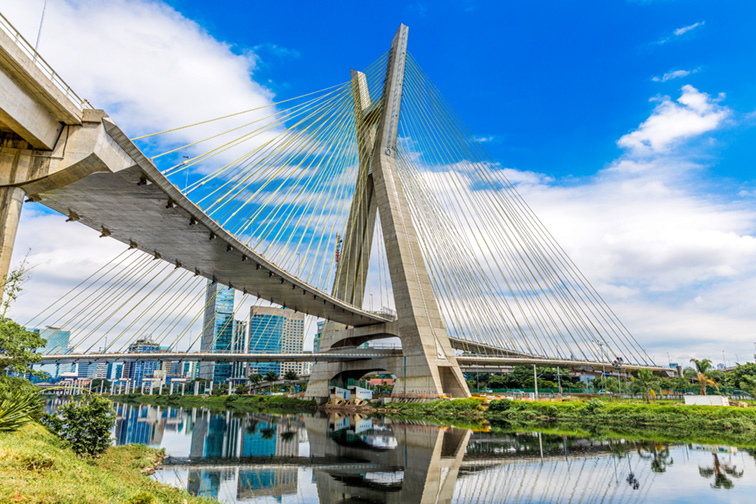 Miami-based families in particular should keep an eye on fares to Sao Paolo and other major cities in Brazil for summer deals to South America, says Julian Mu, Team Leader of Operations for Scott’s Cheap Flights. Of course, the northern hemisphere summer means it’s wintertime in Brazil, but that’s when beaches in Rio and elsewhere are at their loveliest, if you ask locals. Brazil has some top-notch all-inclusive resorts to put on your family travel radar, too. Mu says his team has been seeing fares from Miami in the $300 to $400 range for peak summer travel to Sao Paolo, as well as from many other Brazilian cities. Copacabana and Ipanema are calling. 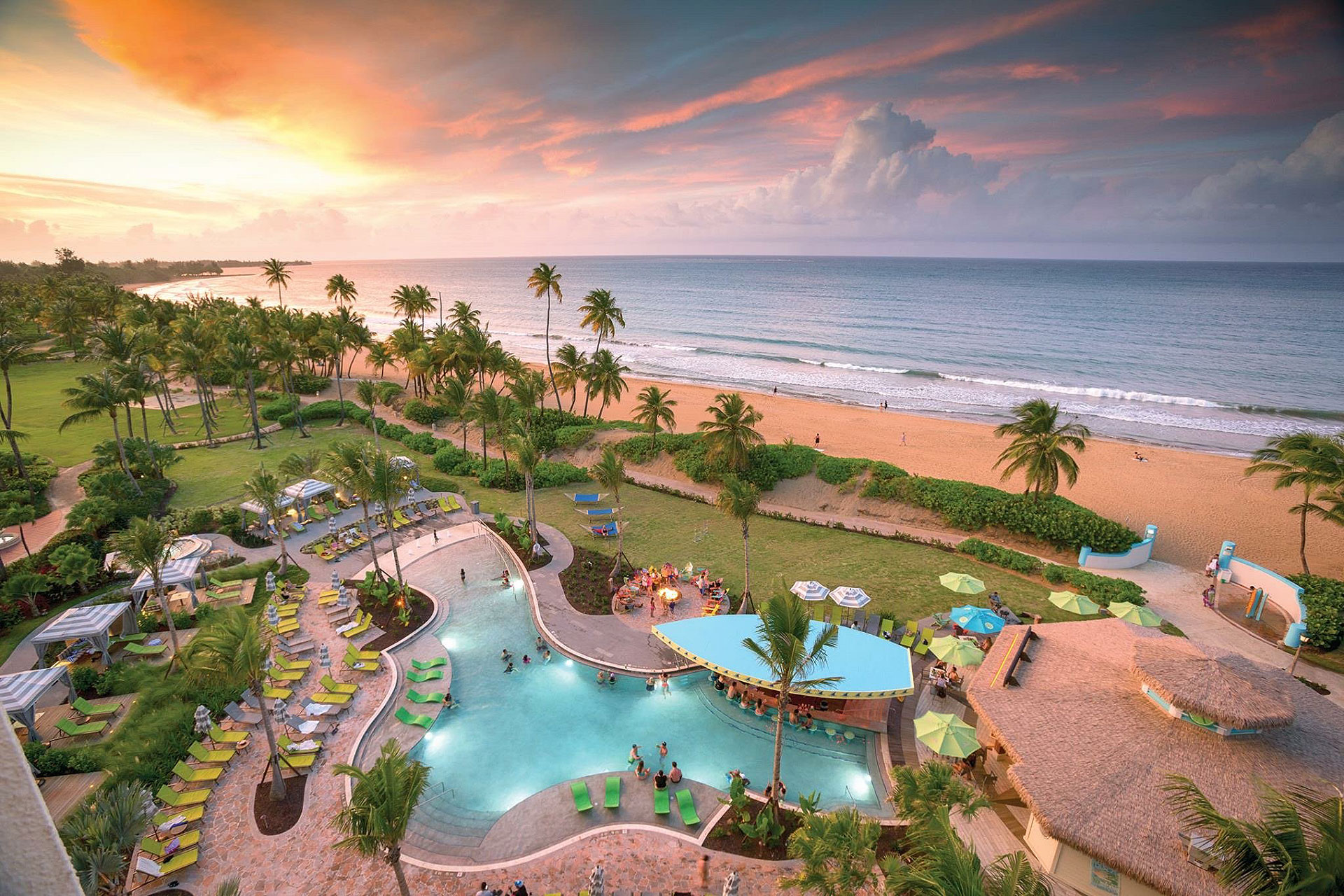 With peak-summer return flights around the $200 to $300 mark from many U.S. cities this summer (we searched Chicago, New York, Atlanta and Dallas), now is the time to go to Puerto Rico. Recovering from Hurricane Maria (not to mention the recent earthquake scares) has been an ongoing process for Puerto Rico, but vacationers are streaming back into the country to enjoy the U.S. island’s beauty. Fly into San Juan and be on the beach at the resorts of Isla Verde and Condado within minutes, or out exploring the historic streets of the old town of San Juan. 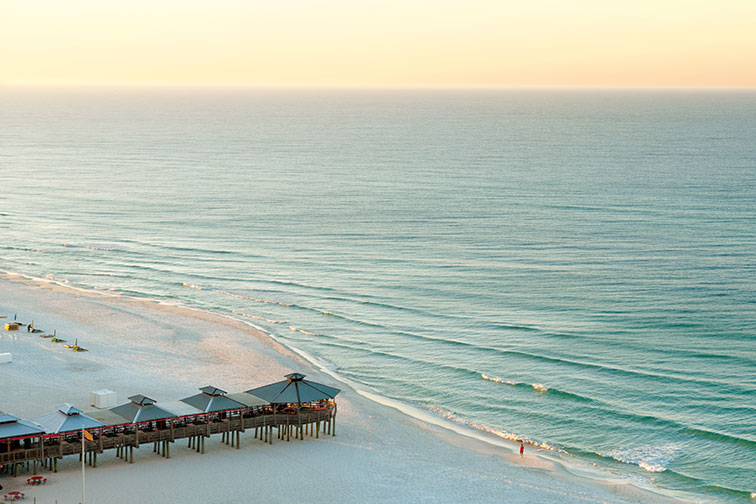 The sugar-sand beaches of Florida are at the top of their game in the Panhandle, and Panama City Beach is a prime launching point (full of all price points for accommodations, too) for diving into great nearby beach towns along the Gulf Coast, including gorgeous Destin. A new Southwest Airlines flight launching this June will add daily nonstop service between Atlanta and Panama City, and should increase fare competition, according to our expert. “With minimal competition from other carriers, Panama City has never been quite as cheap to fly into as other nearby Florida airports,” says Stewart, “This (new flight) will open up more connections to Northwest Florida Beaches International Airport and help lower fares for summer travel to the Panama City/Destin area.” 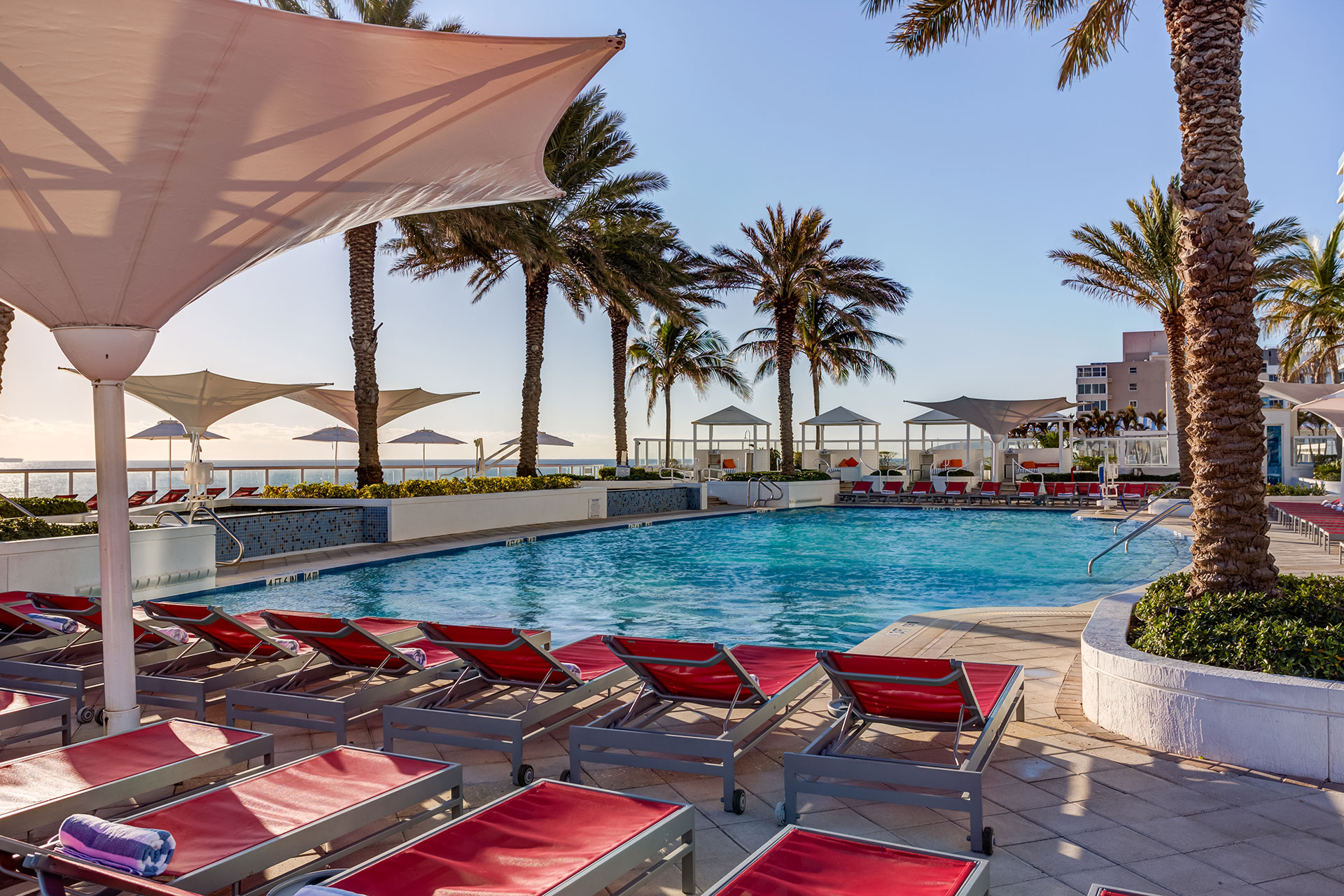 Jetblue, United, American Airlines and Spirit Airlines are all good carriers to keep an eye on if you’re looking for affordable flights into Fort Lauderdale this summer. We’ve found flights around and often below the $200 mark from many East coast U.S. cities, including Atlanta, New York and Washington D.C.  And whether you’re planning to vacation in Fort Lauderdale itself or rent a car and head farther afield to explore the nearby Everglades or Miami Beach to the south, flying to Fort Lauderdale gives you easy access to all the highlights of South Florida. 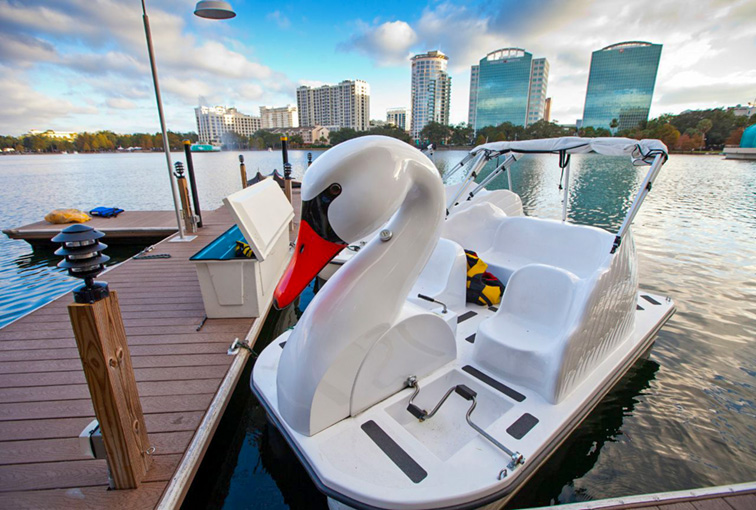 Hitting the Disney theme parks at the height of the summer travel season—and the height of Florida’s heat and humidity—may seem like a recipe for disaster. But keep in mind that Central Florida offers much more than just roller coasters, from pedaling a swan boat around Lake Eola in downtown Orlando to going for a refreshing dip at Wekiwa Springs State Park. When looking for flights into Orlando, says Stewart, “check lesser-known budget carriers like Allegiant that service smaller cities or secondary airports like Orlando Sanford.” That airport is east of downtown Orlando, less than an hour from Daytona Beach (and other great beaches near Disney World), and about a 45-minute drive from most of the area’s theme parks.

Longtime travel writer and adventurer Terry Ward lives in Florida with her husband and young son and daughter. She’s constantly on the lookout for the next Scandinavia Airlines Kids Fly Free deal to save money on flights to Norway, her favorite place to visit both in the winter (Northern Lights!) and summer (Midnight Sun!). A travel writer since 2001 (read: long before the kids came along), she’s written for such publications as Endless Vacation Magazine, Conde Nast Traveler and Scuba Diving Magazine, among many others. Find Terry on her website, Terry-Ward.com. 10 Ways to Amuse Kids at the Airport