Across America, state fairs are a summertime tradition. In many states, this annual celebration dates back more than a century. The fair guarantees a day of affordable family entertainment in all forms: riding the Ferris wheel, visiting the Butter Cow and polishing off a bag of deep fried Oreos.

So which state fairs are really worth a road trip? These 12 are tops in 2019—offering multiple days of affordable thrill rides and other midway amusements, big name concerts, and of course, distinctive fair food. These are the state fairs every family should experience. 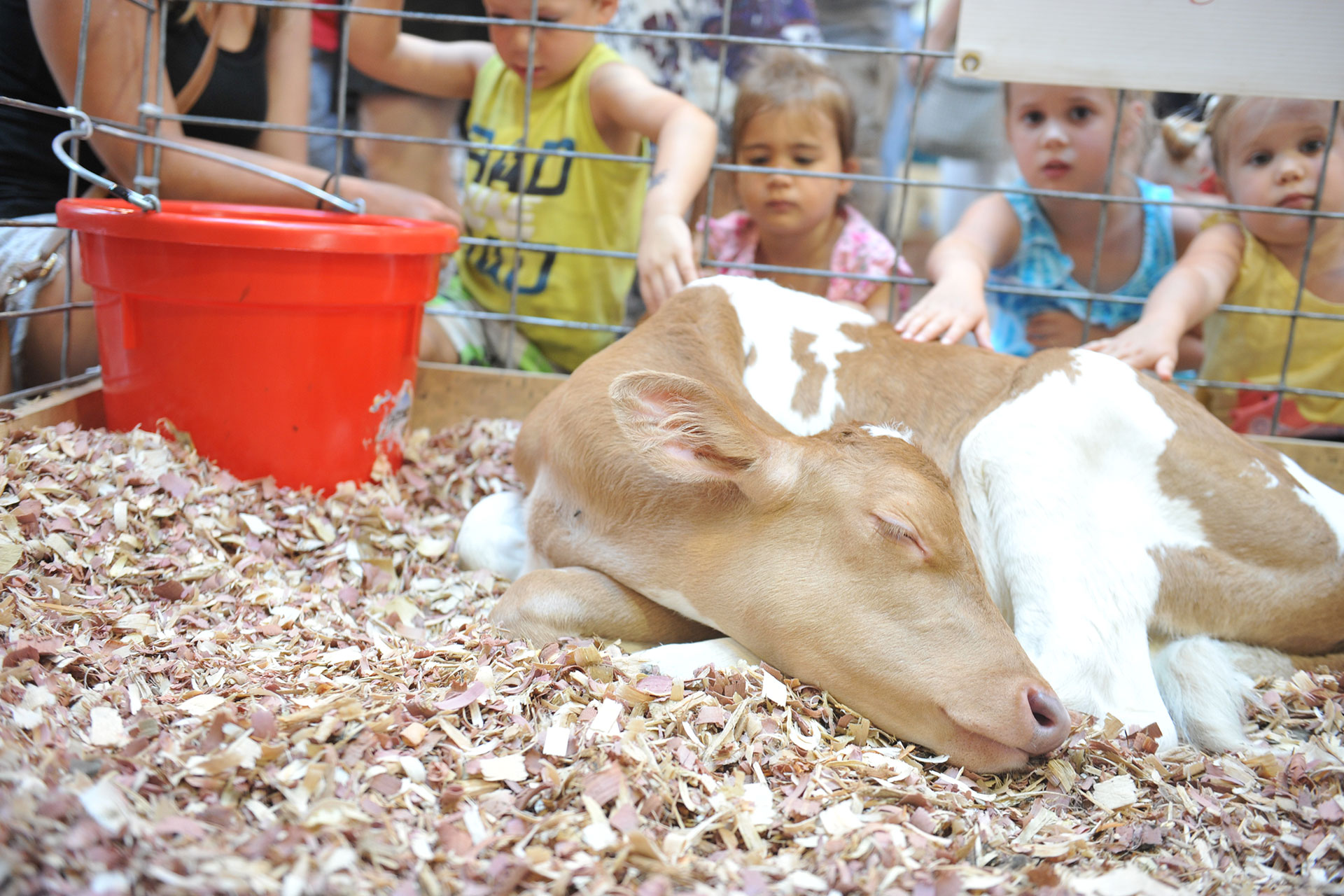 The Iowa State Fair in Des Moines is something every family should experience at least once. With its long history, this famous state fair has been the inspiration for a novel, three motion pictures and a Rodgers and Hammerstein Broadway musical. In 1908, Amelia Earhart saw her first airplane at the fair. In 1911, the Wright Brothers performed four airplane flights per day.

In addition to a 10-acre midway, there are quirky competitions in cow chip throwing, outhouse racing and monster arm wrestling. The 600-pound butter cow has been a fair tradition for more than 100 years. For children ages 10 and under, the Blue Ribbon Kids Club features hands-on activities and behind-the-scenes fair tours. There’s also an interactive farming exhibit—Little Hands on the Farm—and the Animal Learning Center, an animal maternity ward. 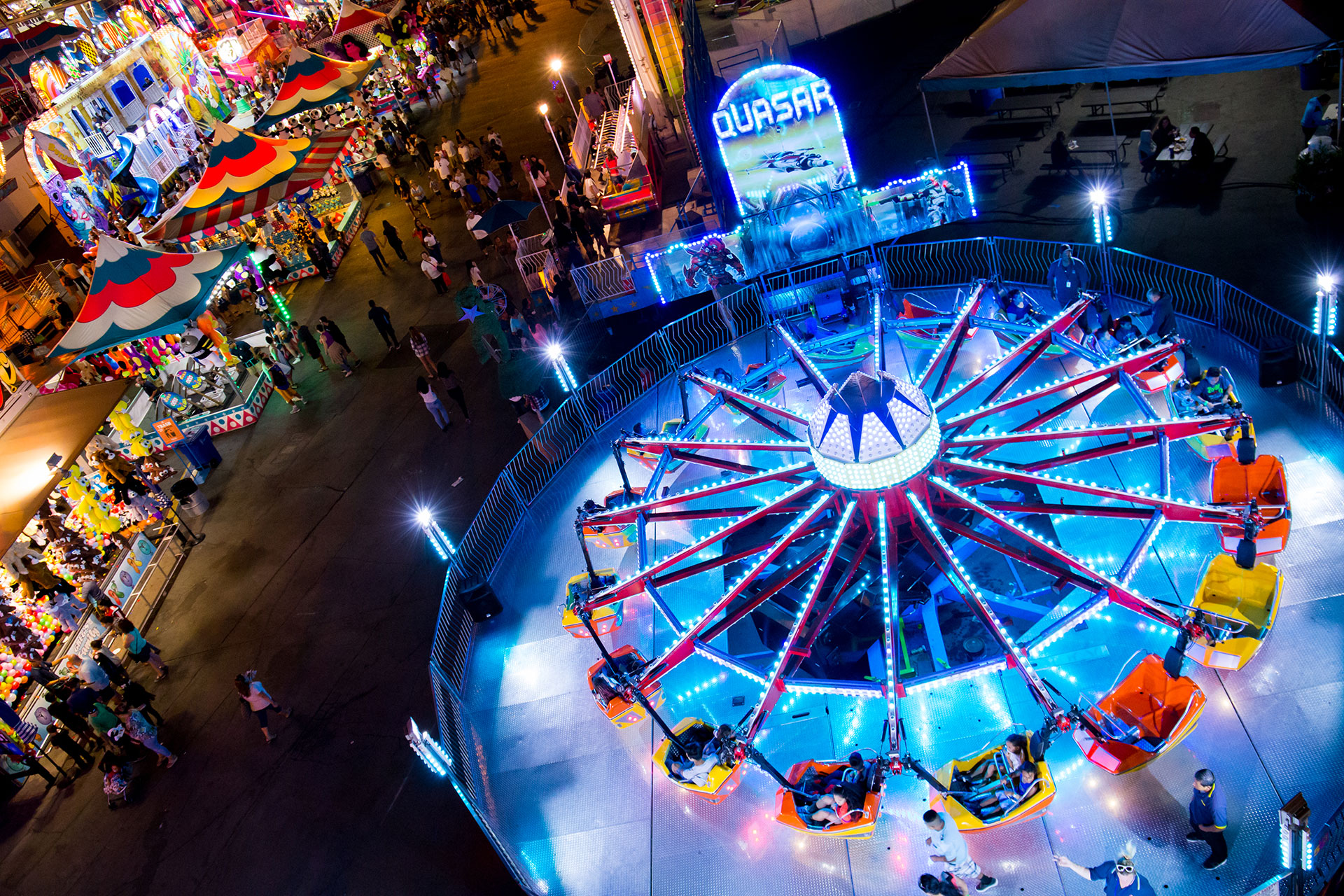 Nearly half of all California State Fair goers are under the age of 12, so you know this Sacramento fair really caters to children. There are 75 free kids’ activities daily, so yours can ride a horse, climb the TreeCircus activity station, get hypnotized, watch a 3D movie or dance in Studio 102. However, teens can enjoy the “Minds in Motion” space, which features exhibits such as Kinetic machines, dexterity testers, a Makers Fair-style area and a lounge.

Thrill rides include the 100-foot, high-flying Vertigo, the White Water Log Flume and a zipline, which carries you over the fairgrounds. Some of the exciting shows and exhibits include the “Hall of Heroes,” eight days of thoroughbred racing, the “Jewels of the Jungle” exotic birds exhibit and the Wild Science exhibit. 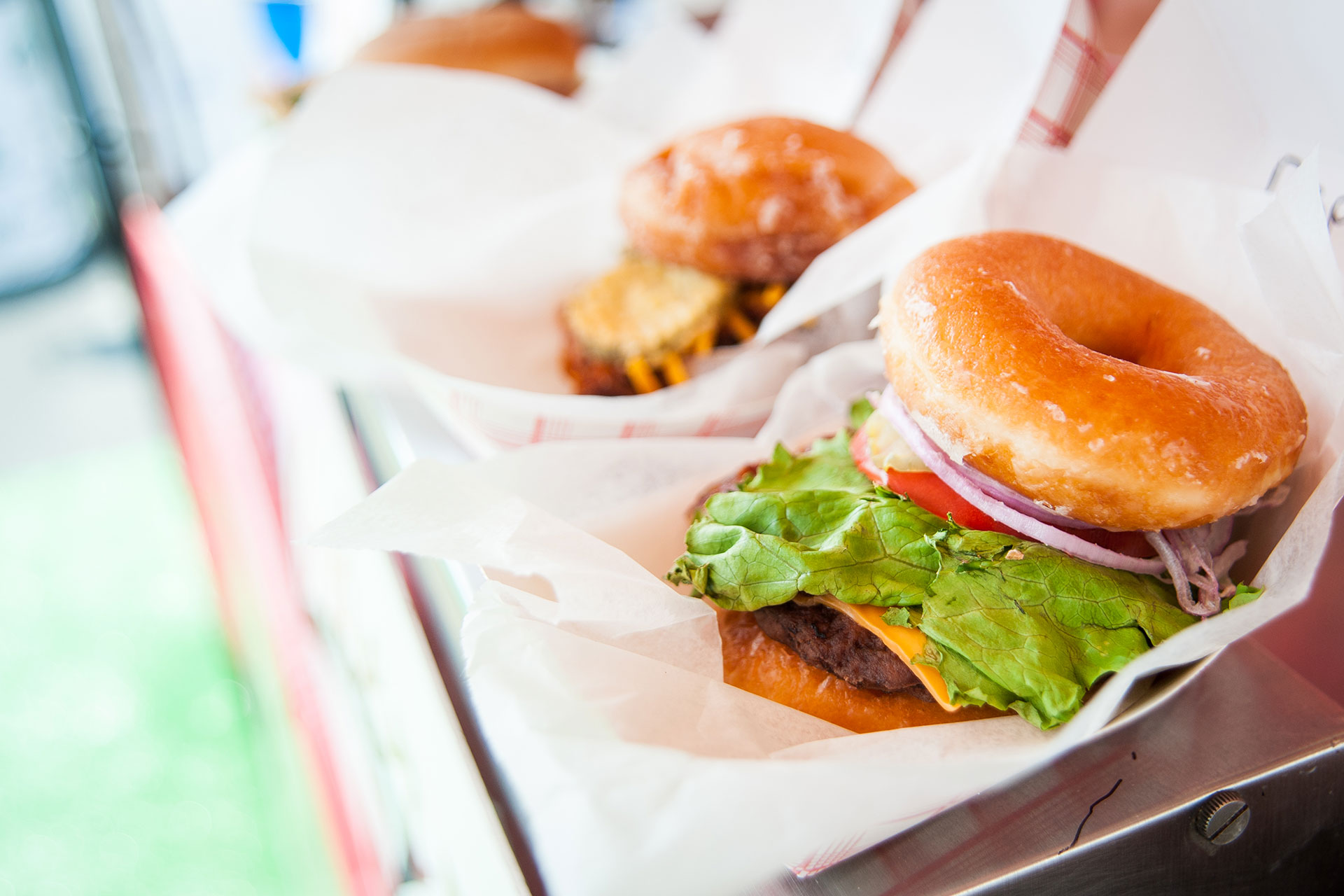 At the Ohio State Fair in Columbus, the focus is just as much on agriculture as it is on entertainment. It also has one of the largest junior fair shows in the nation. Young children have their own Kiddieland area with 30 rides just their size. There are an additional 70 rides for the older crowd. The SkyGlider is one of the world’s longest portable sky rides, offering a half-mile journey over the grounds.

Other highlights include the Natural Resources Park, an 8-acre park where kids can fish, kayak, or try archery for free; the 2,000-pound butter cow and calf sculpture; and nightly fireworks. A 12-foot-long Tyrannosaurus Rex can also be seen roaming the fair. 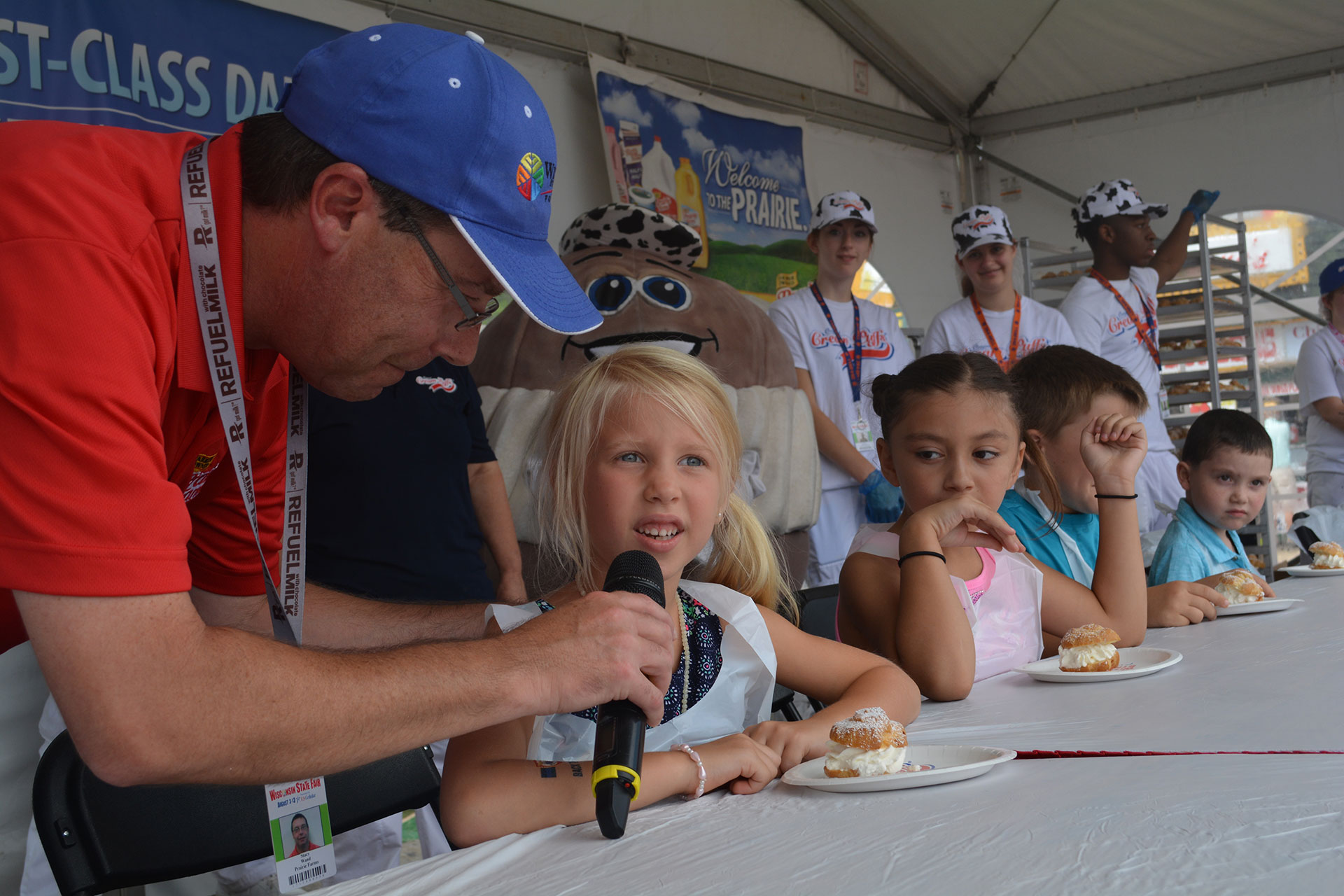 If affordable live music and family entertainment is what you look for in a state fair, the Wisconsin State Fair in West Allis (a suburb of Milwaukee) offers a non-stop schedule of performances included in the price of admission.

Fair food is taken seriously here, and the Sporkies competition awards innovative new dishes, such as the peanut butter bacon burger and caramel apple milkshake. At the center of this culinary culture is the cream puff, introduced in 1924. 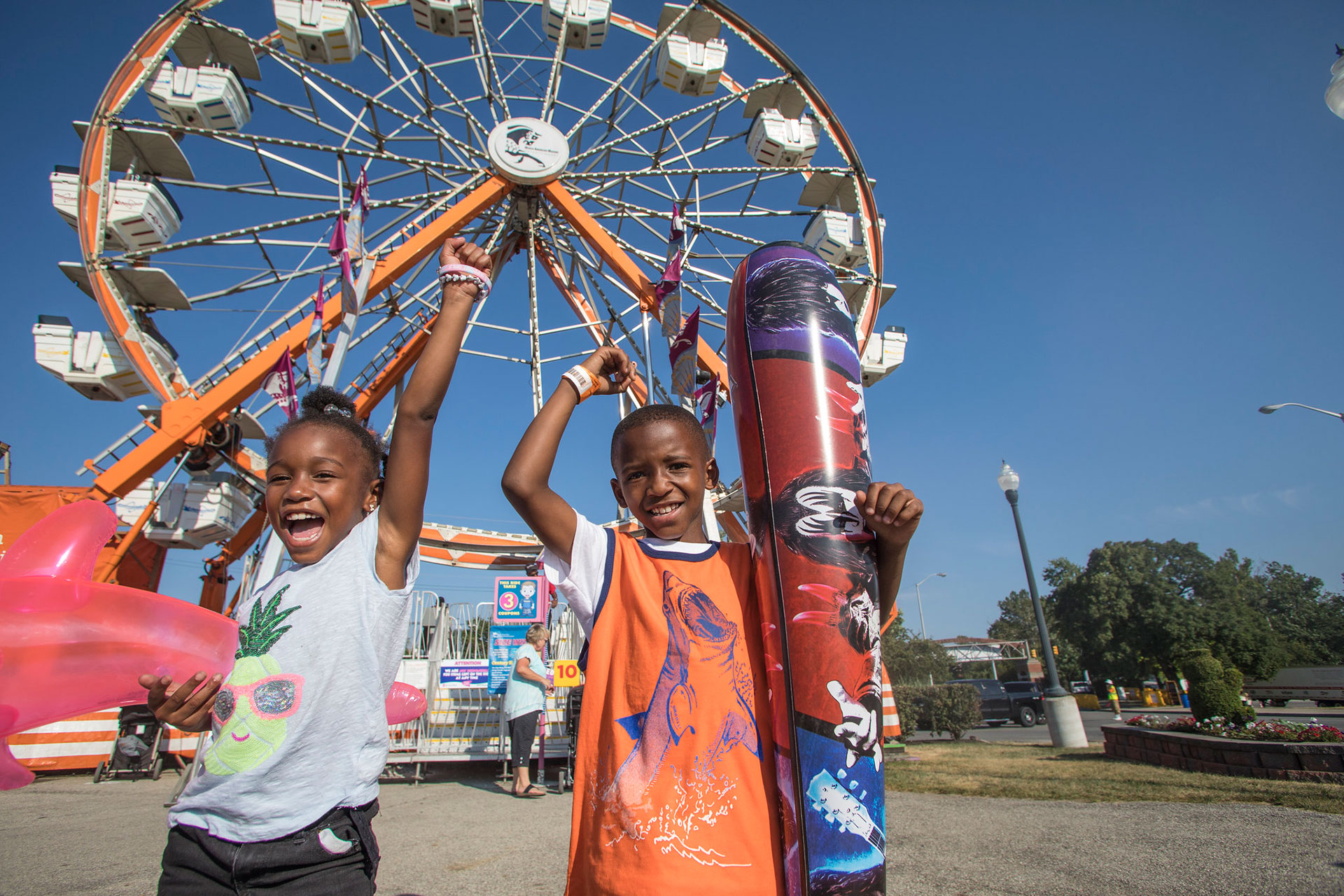 Live musical entertainment is a big part of the appeal of the Indiana State Fair, held in Indianapolis since 1852. Several musical acts perform on the free stage, with a few big names performing in downtown Indianapolis in conjunction with the fair.

Kiddie Land Midway offers more than a dozen different rides. For older kids, the Get Animated exhibit explores the world of animation through interactive experiences that cover the progression from hand-drawn celluloid to modern-day computer animation.

As Indiana ranks second in the U.S. for ice cream production, it’s no surprise that fair attendees consume milkshakes and dips galore. Don’t leave without trying them! 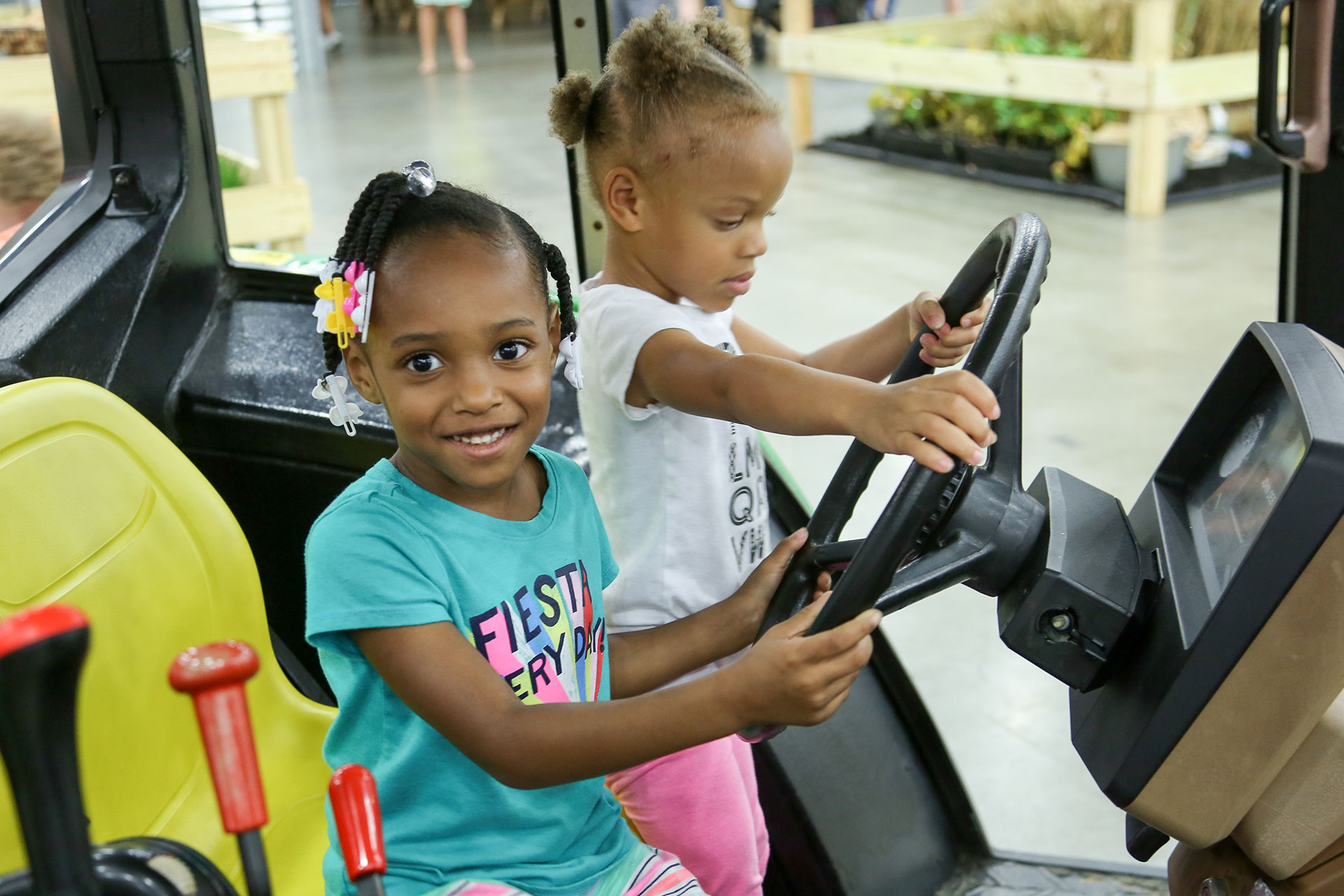 First held in 1902, this fair attracts hundreds of thousands of visitors to Louisville every August. With exhibits in the 1.2-million-square-foot Kentucky Exhibition Center, it’s America’s largest indoor fair. Attractions especially suited for kids include the midway rides; Discover Farm with learning stations and personal encounters with cattle, goats, and llamas; and the Little Miss and Mister pageants. There’s also a dedicated section of the South Wing with activities and entertainers just for kids.

Music is a major component of this fair, with nearly non-stop free entertainment. There’s also a free Turf Concert Series and several food and music tents. The World’s Championship Horse Show, a 100-plus-year-old tradition, is another major highlight. 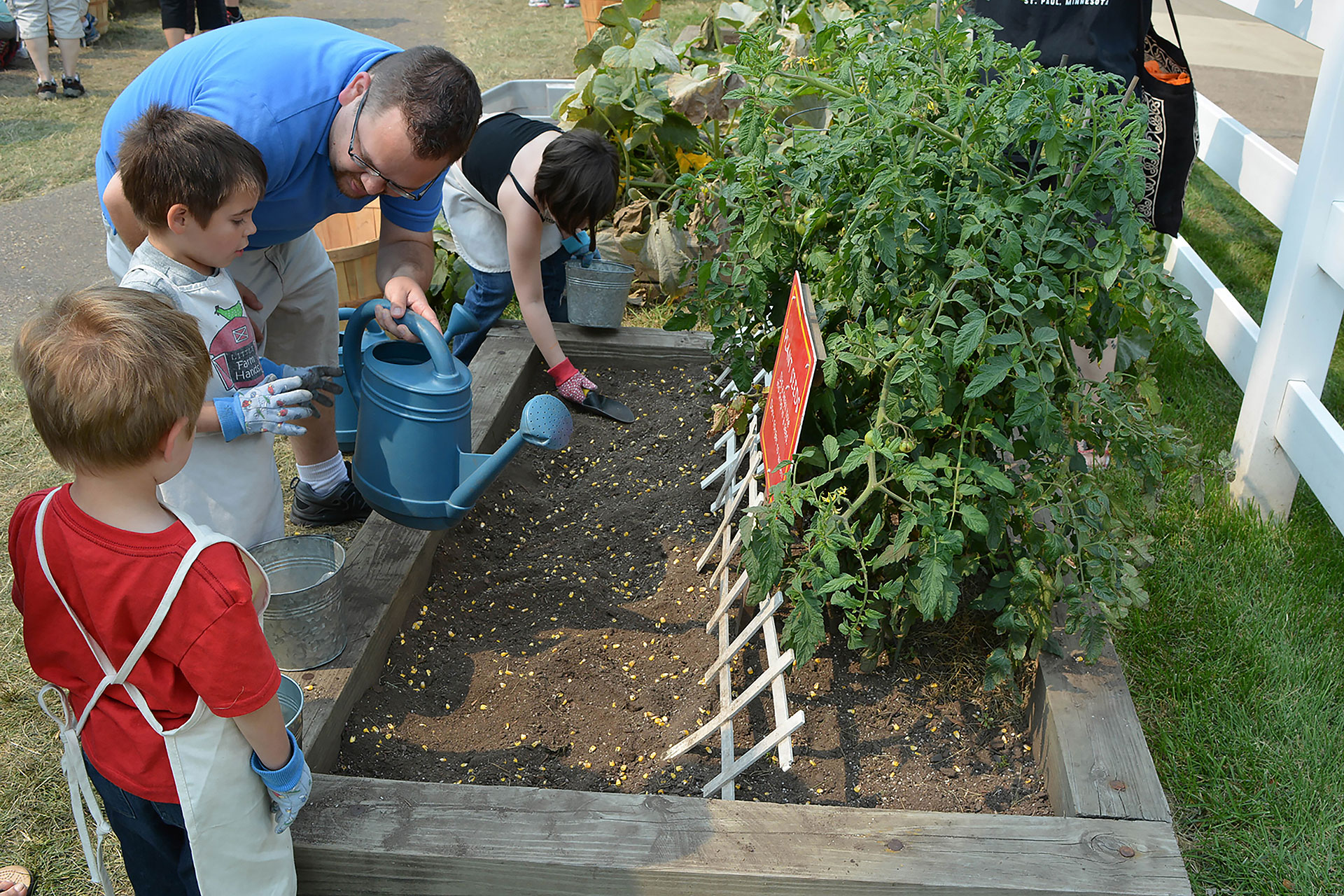 The second largest in the country, the Minnesota State Fair is also one of the best attended. Showcasing Minnesota’s agriculture, art and industry, it’s been held midway between St. Paul and Minneapolis since 1859.

While the Mighty Midway features more than 30 carnival rides and 50 games of skill, the Kidway offers more than 30 rides for pint-sized visitors. Other family-friendly attractions include the LEGO Road Trip creation station; Luminarium Exxopolis walk-through sculpture of paths, coves and domes; the D1 Backyard synthetic ice-skating rink; the Hop, Flop and Sniff rabbit exhibit; and the Department of Natural Resources indoor fish aquariums. 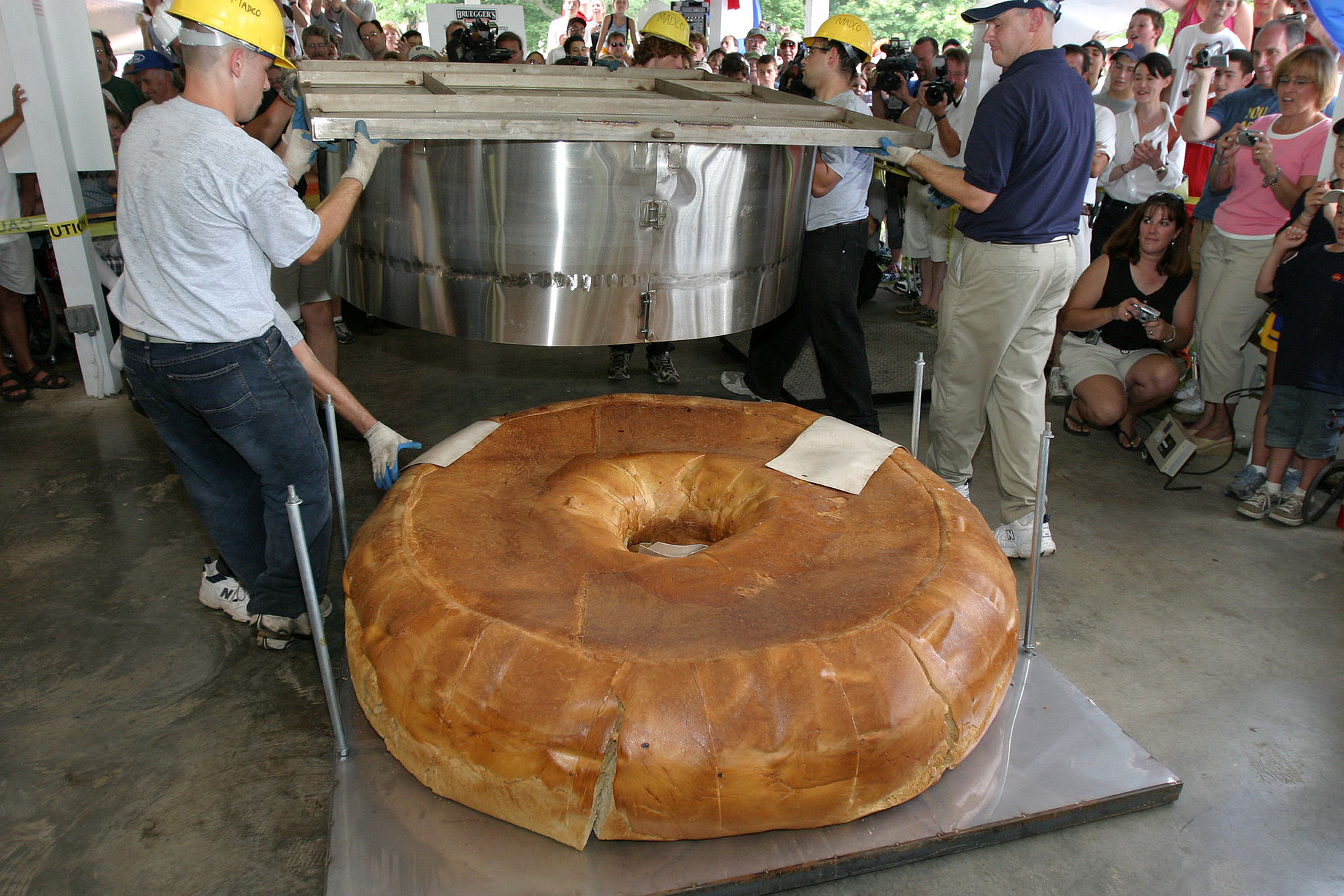 With the exception of a five-year period from 1942 to 1947 when its fairgrounds served as a World War II military base, the Great New York State Fair has been presented in Syracuse for many years. Today, the 12-day event attracts nearly one million people.

Here, you’ll find one of the best midways in the country, with more than 85 rides such as the Top Spin, the Vertigo, the Himalaya and some of the largest traveling roller coasters in the country. There’s also a Kiddieland Midway offering rides specifically for younger ages, including Volkswagon, Tractor and Quad Runner rides. There’s a petting zoo, an interactive stingray exhibit, and racing pigs, too. The Fairgoer favorite Sea Lion Splash show with live sea lions is always a hit, too. 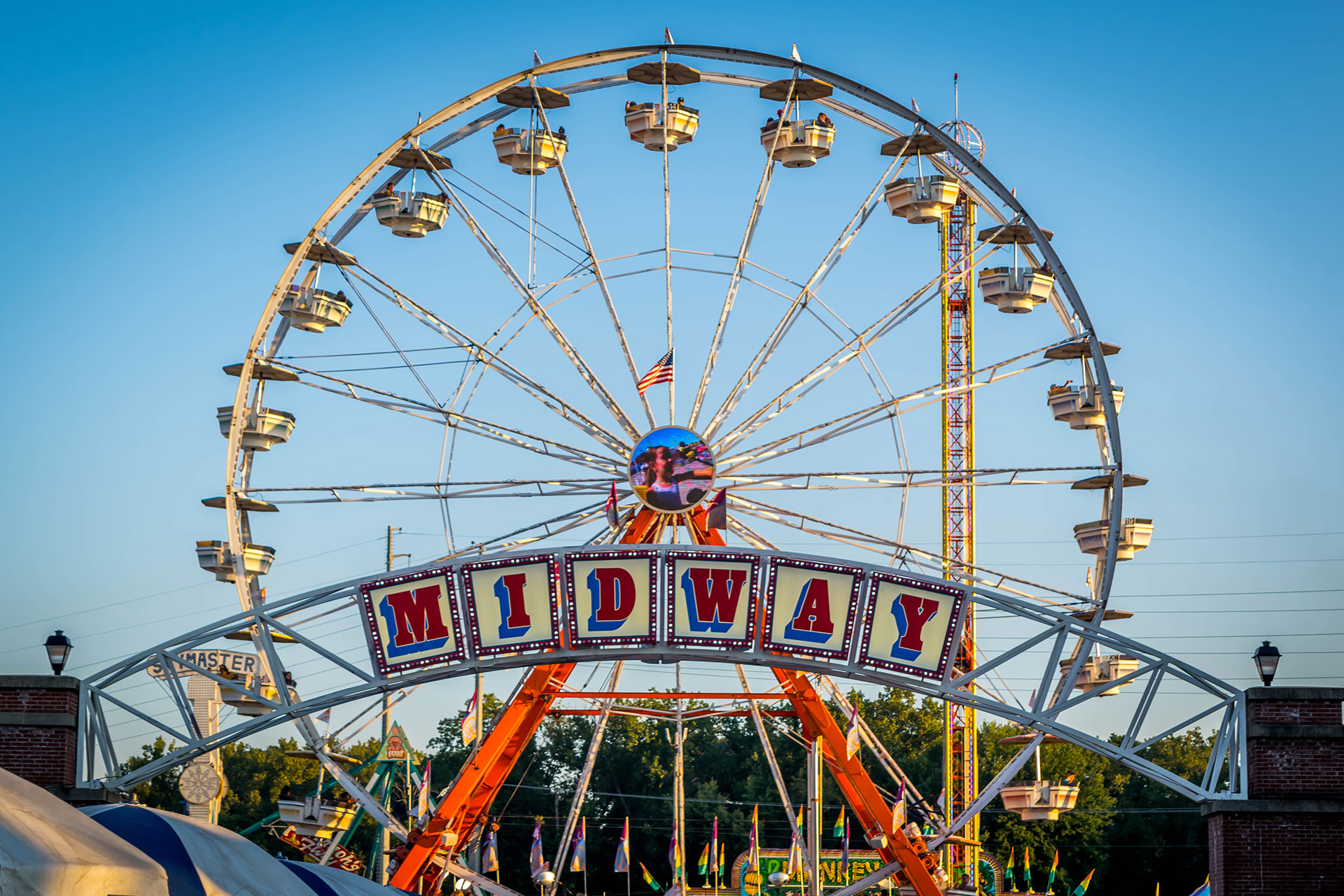 The Big E is not only the largest fair in the northeast, it’s also the only fair in the country representing multiple states: Connecticut, Massachusetts, Maine, New Hampshire, Rhode Island and Vermont. The first Eastern States Exposition took place in West Springfield, Massachusetts in 1917, but this event’s name was changed to The Big E in 1968.

Fair traditions include the Eastern States Exposition Horse Show, the daily Mardi Gras Parade, the Storrowton Village Museum, the 600-pound Butter Sculpture and the Big E Circus Spectacular. The North American Midway has a separate Kiddieland section for younger children, with rides like a carousel, the Bumble Bees and the China Dragon. 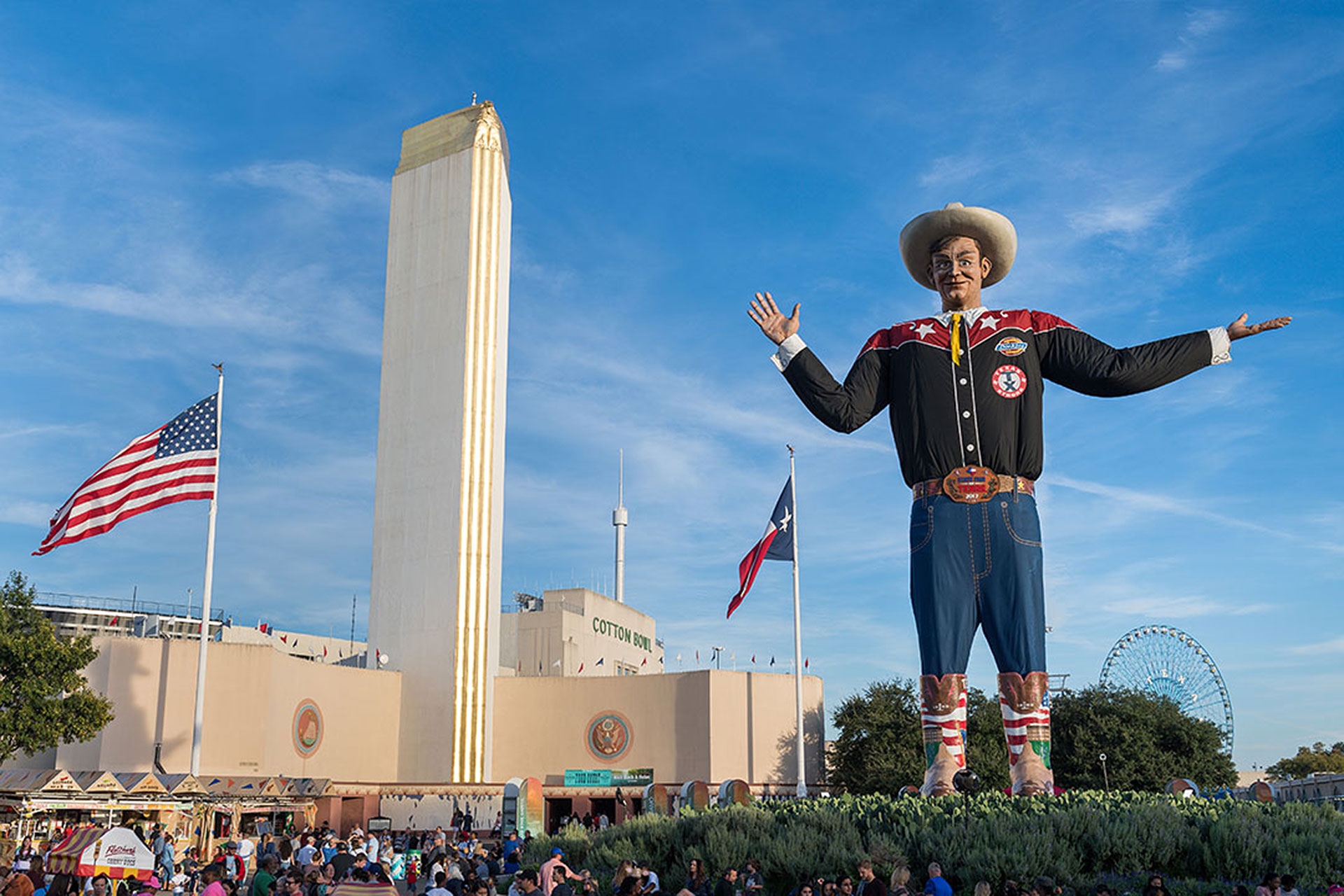 Since everything is bigger in Texas, it’s no surprise that its state fair—held in Dallas‘s 277-acre Fair Park— is the world’s largest.

Crowd-drawing events include the Illumination Sensation show of lights, music, dancing waters and pyrotechnics; football games between notable universities from Texas and Oklahoma; the State Fair Auto Show; the Starlight Parade with giant puppets; and the free concert series on the Silverado Main Stage. 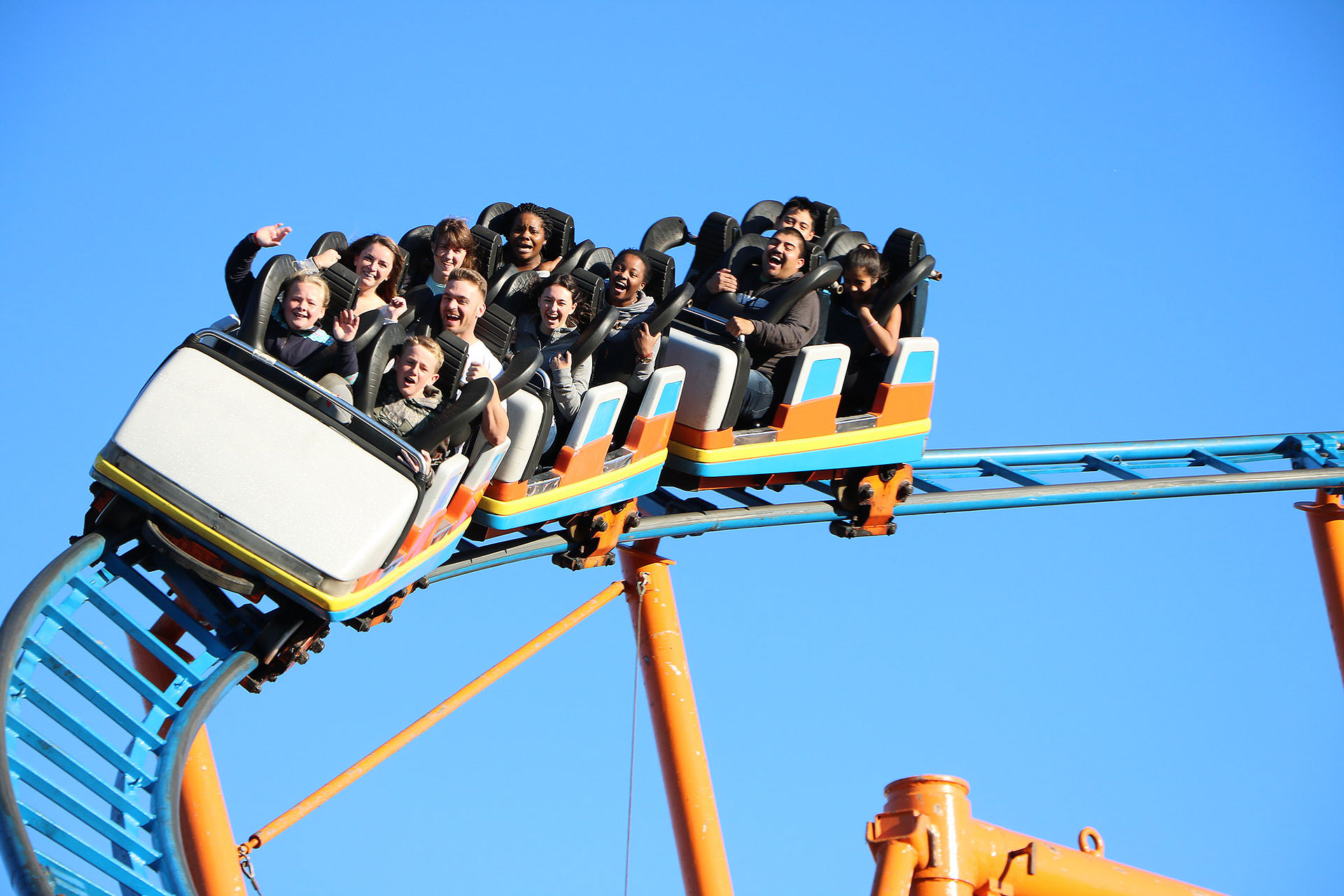 The North Carolina State Fair has been an annual fall tradition since 1861, showcasing North Carolina’s agriculture, arts, crafts and culture. Like most state fairs, there are animal shows, cooking contests, rides, food and plenty of free entertainment. Highlights for kids include the Field of Dreams miniature farm, where they can learn more about the connection between the farm and the dinner table by picking crops such as apples, strawberries and cucumbers.

Bring the little ones to Kiddieland Fun Park for age-appropriate programming, including the Farmer Phil Show featuring juggling, yo-yo and magic routines, and Izzie, a face-painting fairy. 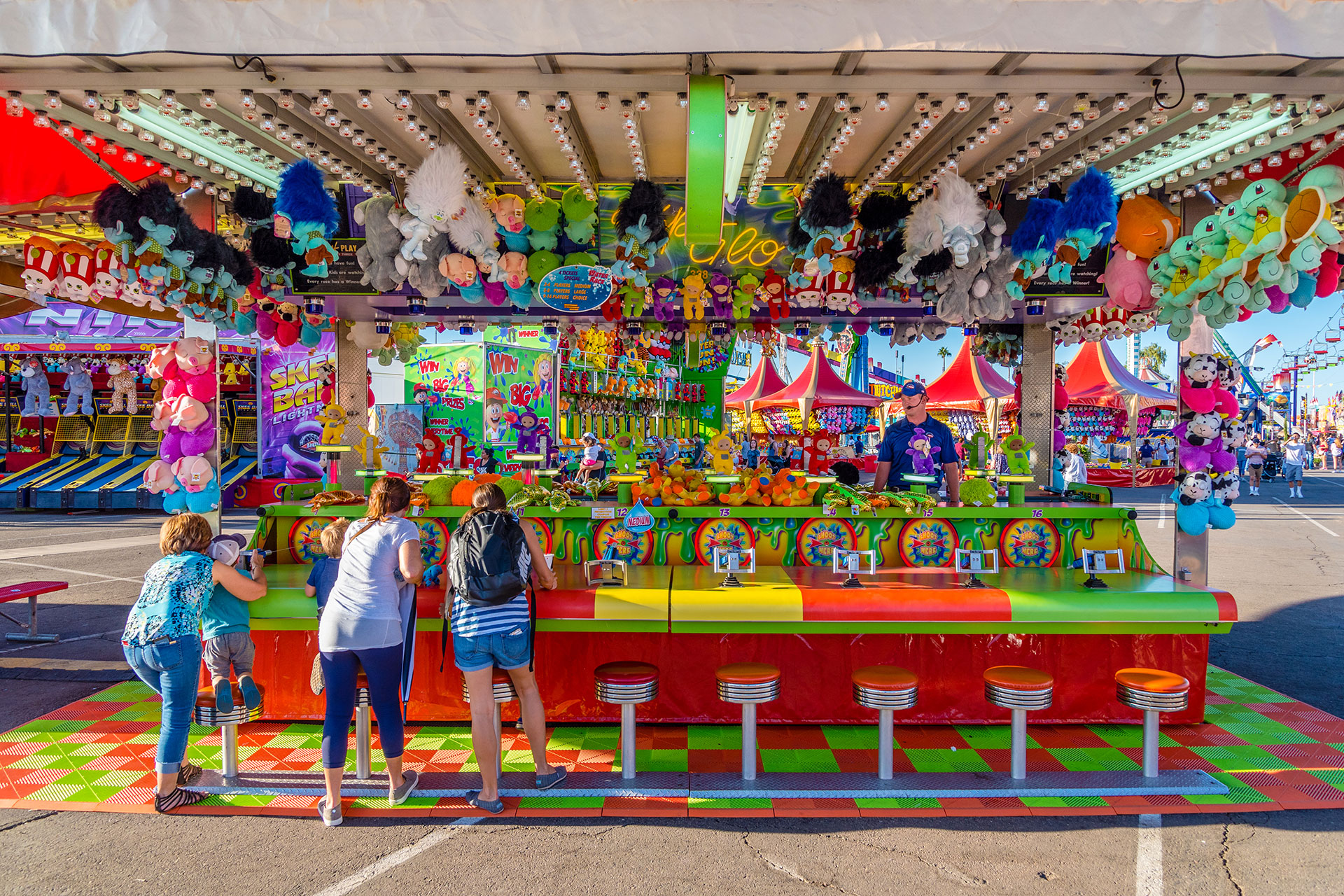 Arizona’s state fair began in 1884, before it was even a state. At the time, it was a small, six-day celebration. These days, crowds at the fairgrounds in Phoenix swell to more than one million people.

For many fairgoers, it’s all about the extreme thrill rides like Mach 1, G Force and Mega Drop. The carousel, Euroslide and La Grande Wheel, the largest traveling Ferris wheel in North America, are also popular. A stellar concert lineup is presented in the 15,000-seat Coliseum.