Can’t get enough of Cousin Eddie? Do you dream of racing Christie Brinkley in a red Ferrari? Can you quote every line of the National Lampoon’s Vacation movies?

We pulled together a list of destinations that the goofy Griswold family undertook over the course of the Vacation films, from a cross-country road trip in the 1983 National Lampoon’s Vacation to European Vacation in 1985 and Vegas Vacation in 1997. (In 1989’s Christmas Vacation, the family opted for a staycation at their suburban Chicago home).

It’s thanks to Clark (played by Chevy Chase), Ellen (Beverly D’Angelo), two randomly changing actors that played their kids Russell and Audrey, plus an entourage of wacky characters, that we know about the real “joys” of American family trips. So throw on your Walley World T-shirts, tell Aunt Edna you’re ready, and take the long way down the “Holiday Road.” 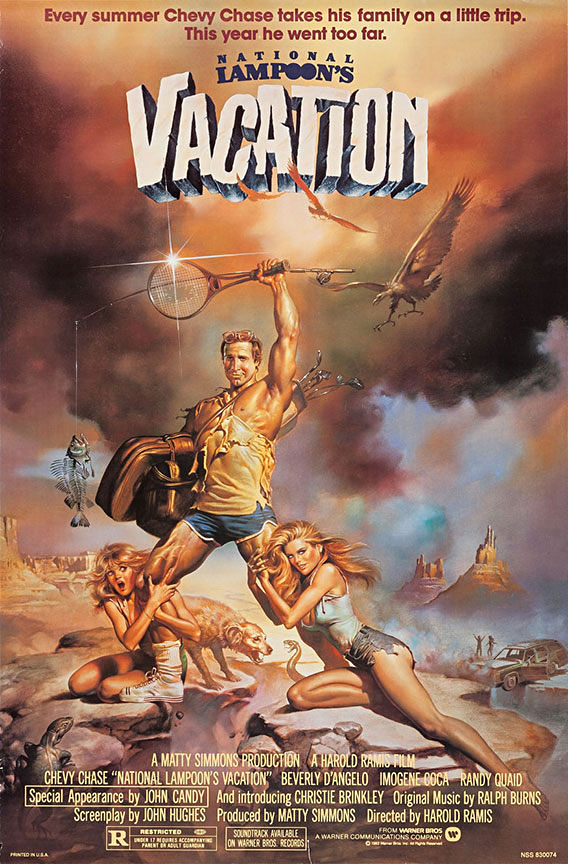 What Happened: In the film that launched the series, the Griswolds embark upon a cross-country road trip from their home in Chicago to Walley World, a fictitious theme park in California. Clark trades in his car for a clunky, wood-paneled station wagon to prepare for the 2,000-mile trip, with a stop along the way to see Cousin Eddie.

If You Want to Go
Many of the Griswolds’ sightseeing diversions are still among Americans’ favorite family summer travel hotspots. For example: the St. Louis Arch (Audrey: “Dad, can we go up on it?” Clark: “No.”) and the Grand Canyon (“the biggest [expletive] hole in the world,” according to Pa Griswold).

To round out your National Lampoon itinerary, stop at the Long Branch Saloon, a Wild West saloon in Dodge City, Kansas, where you can order up a sarsparilla and watch a cheesy Old West gunfight. Bunk down for the night in the real-life Riverbend Resort in South Fork, Colorado, called “Kamp Komfort” in the film.

As for Walley World, the film pays homage to Disneyland with its “Marty Moose” mascot, but it was actually filmed on location at Six Flags Magic Mountain in Los Angeles. That’s where the Griswolds show up to a park that is closed for repairs and proceed to engage in a very family-friendly hostage-taking scenario. (Pro Tip: Check for closures before you trade in your family car). 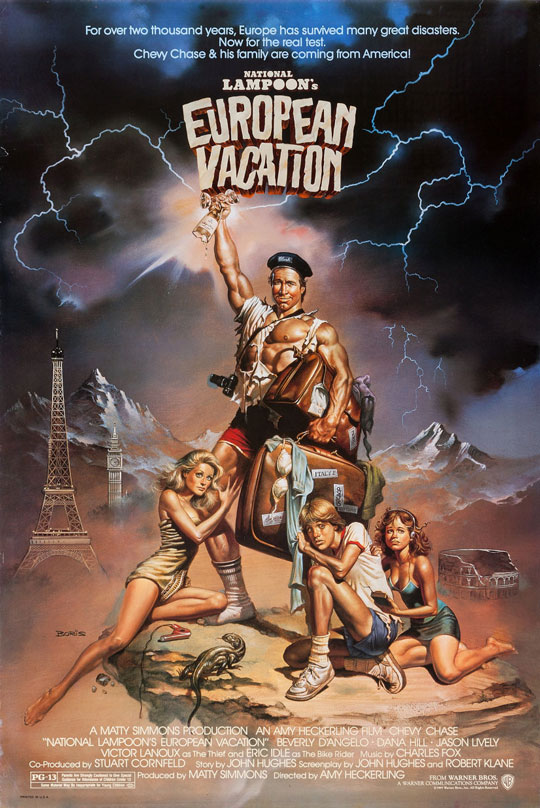 What Happened
The Griswold family participates in the “Pig in a Poke” game show and against all odds, wins the grand prize, an all-expenses paid trip to Europe. They journey from London to Paris, Germany and Rome, leaving a path of destruction and international hijinx behind them.

If You Want to Go
Seasoned travelers may have already ticked these spots off their list: Big Ben, Parliament (which the Griswolds see over and over again while stuck in a roundabout), Stonehenge (miraculously still standing even after Clark backed into it with his car) and the Eiffel Tower.

An off-the-beaten-path Griswold tour would also include the small town of Brixen, a medieval town in South Tyrol, Italy, near the Austrian border, which was actually cast as the “German” hamlet in which the Griswolds are supposed to meet up with Clark’s relatives. They end up inviting themselves into the house of strangers who serve them a hot meal and listen to them babble. Maybe you’ll get the same result with your Airbnb reservation.

Martha Gillespie of Ashtabula, Ohio, took her family to Europe in 2015 to duplicate the National Lampoon’s itinerary as much as possible—complete with embroidered name berets for her husband and adult children. Their trip included London, Paris, Oktoberfest in Munich and Rome.

“Spending two and a half weeks with our grown sons and one of our daughters in law was a wonderful experience,” says Gillespie. “The look on their faces when I whipped out the hats right before we left to see the Eiffel Tower was the best. After my ‘mom look,’ they reluctantly put them on and then immediately took them off after we asked a stranger to take our picture.” 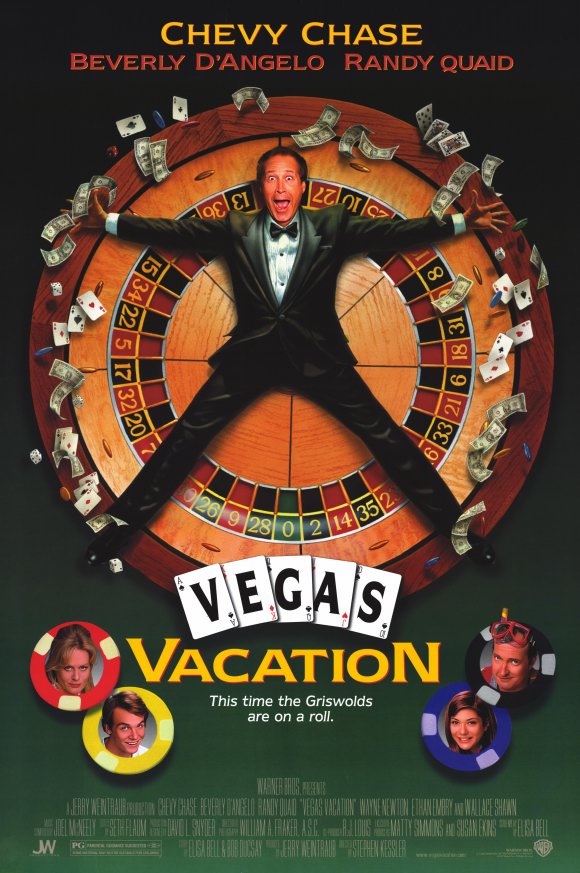 What Happened
The last of the quartet of original Vacation films starring Chase and D’Angelo, Vegas Vacation features the foursome flying to Sin City for a vacation filled with gambling—and the return of Cousin Eddie, who has conveniently relocated to Nevada. Audrey and Rusty, now older teens, engage in a bit of debauchery of their own before the family learns a tough lesson in togetherness and rides off into the sunset, each with brand new cars.

If You Want to Go

Book your stay at The Mirage, where the Griswolds stayed in adjoining rooms—at least until Rusty started hitting the jackpot and upgraded to a penthouse suite. Take a side trip to the Hoover Dam (but please stay on the dam tour, unlike Clark). The “cheap casino” where Eddie takes Clark to play games like Rock-Paper-Scissors and Coin Toss is the Klondike Sunset Casino. And you can renew your vows like Clark and Ellen at the Chapel of the Bells. You can even take a tour of Wayne Newton’s home in Vegas, Casa de Shenandoah (duet opportunity with Newton not included).

Cynthia J. Drake is a travel writer based in Austin, Texas, where she lives with her husband and two sons. Since becoming a mom, she’s been stranded at sea with her family, gotten lost in the Rocky Mountains, dealt with more than her fair share of public vomiting, and still can’t wait for the next trip. She writes regularly for AAA magazines, Austin American-Statesman, Texas Highways and Cruise Critic. Follow her on Facebook and Twitter.