Inspiring kids to think big and develop their critical thinking skills is a challenge for parents and educators. We want our kids to figure things out on their own without always asking Siri for the answer. Questions like “How’d they do that” or “why’d they do that” are among the questions you and your child will have to think about together when you visit these attractions in the U.S. and Canada. These unusual attractions—which make great road trip diversions—will leave both you and the kids in awe.

If your kids are at the age of non-stop asking “why,” you may not want to take them to this strange place near Grants Pass, Oregon. Nobody can really explain why balls roll uphill, people change height, and other optical illusions. Legend says that Native Americans in the region called this particular spot “forbidden land.” It was once a gold mine claim, but now it’s just a place where we scratch our heads and ask “why?” 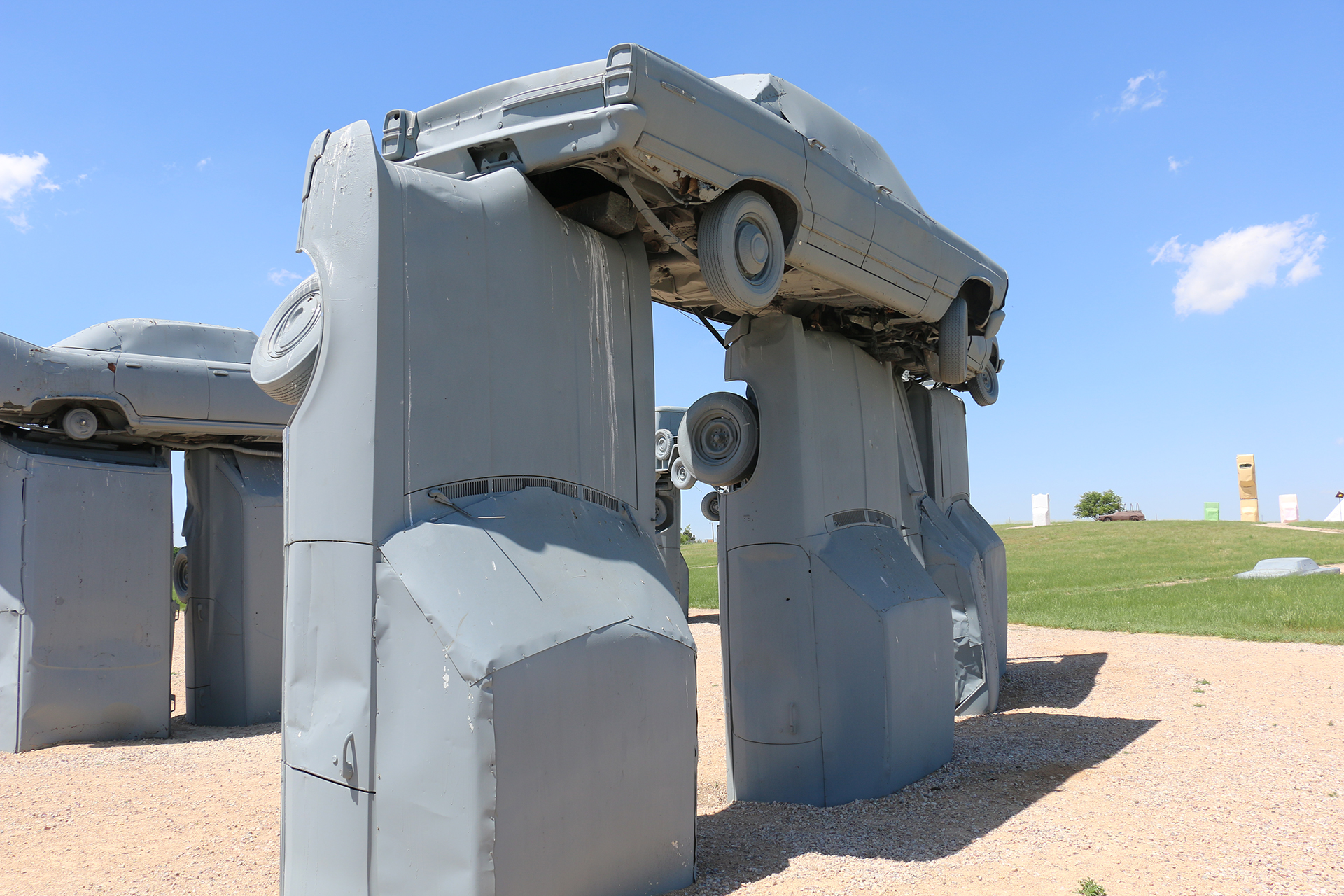 Imagine Stonehenge, the prehistoric ring of rocks in England, then replace all of the big stones with old cars. Let the kids run out in the field where the cars are planted or play a game of car-quet — kind of like croquet, only with car parts. Come for the summer solstice party when things get really weird.

We know that Route 66 is filled with weird attractions, but get this–a stretch of highway near Tijeras, New Mexico, plays a song. The speed limit is 45 mph and you must go exactly 45, roll your windows down, listen, and sing along to “America the Beautiful.” We’re told it’s rather simple engineering that accomplished this, which leads us to ask, if you could make the highway sing to you and your family, what would that song be? 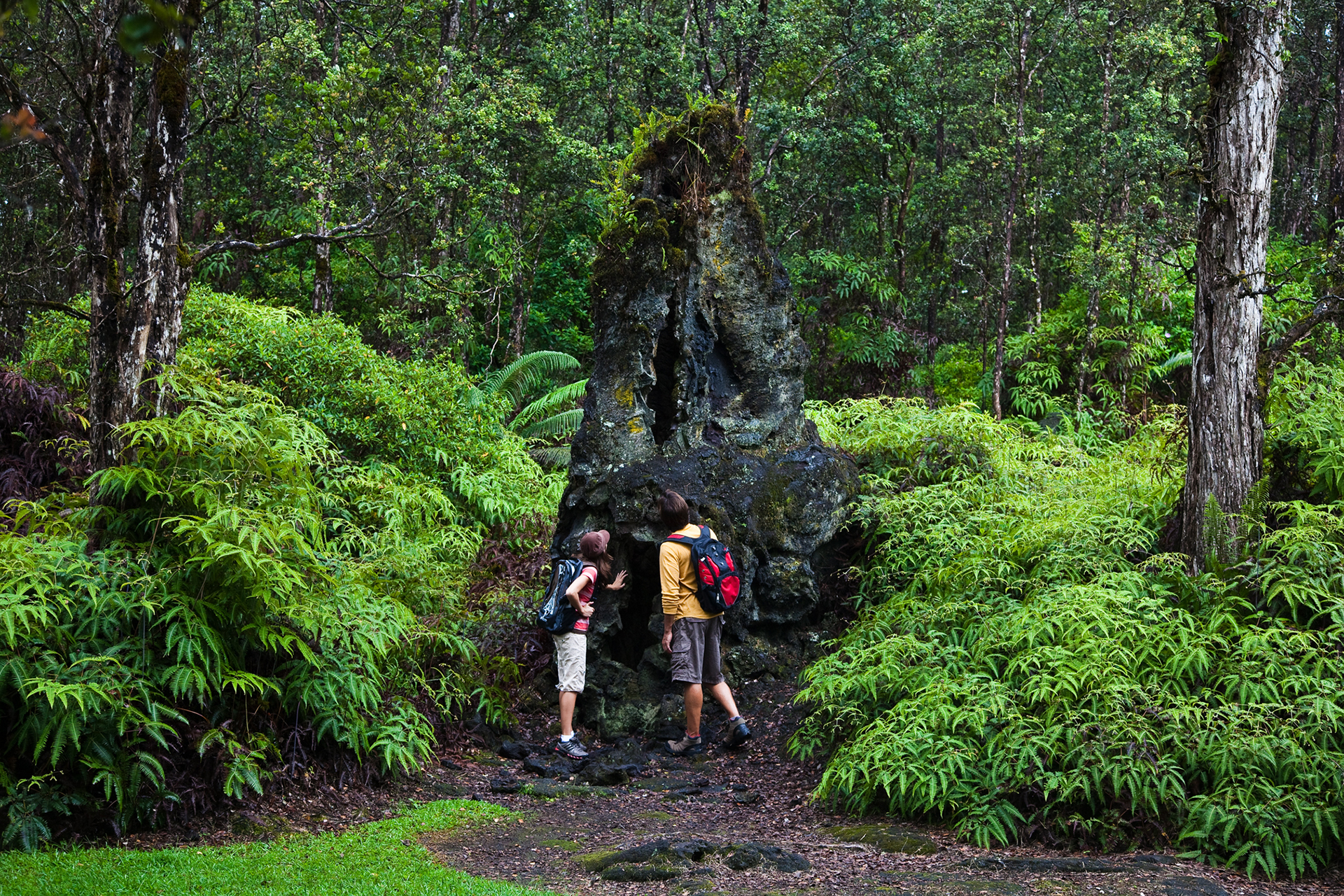 Lava Tree State Monument is a lesser known state park on Hawaii’s Big Island that shows what happens when a hot lava flow wraps around trees and then cools quickly. This all happened in 1790, but since then, little trees have started to sprout in the molds of the trees destroyed more than 200 years ago. There’s a nice little walking trail around through the park and picnic table where you can sit and talk about this amazing power of Madame Pele.

Take the kids roller skating in an honest-to-goodness castle. Tucked away in northeast Iowa, surrounded by cornfields, is little Ida Grove, a town that could be mistaken for a medieval community. Thanks to a local businessman-turned-millionaire who simply loved the design, the town has dozens of real castles. For his own birthday in 1982, he built a castle big enough to host his party and when it was over, gave the elaborately designed building to the American Legion that operates it as a skating rink and special events venue. The Ida Grove Skate Palace carries the theme inside. The town’s newspaper is also located in a castle. There’s a castle and stone bridge at the golf course and a number of private residences that are castles, too. 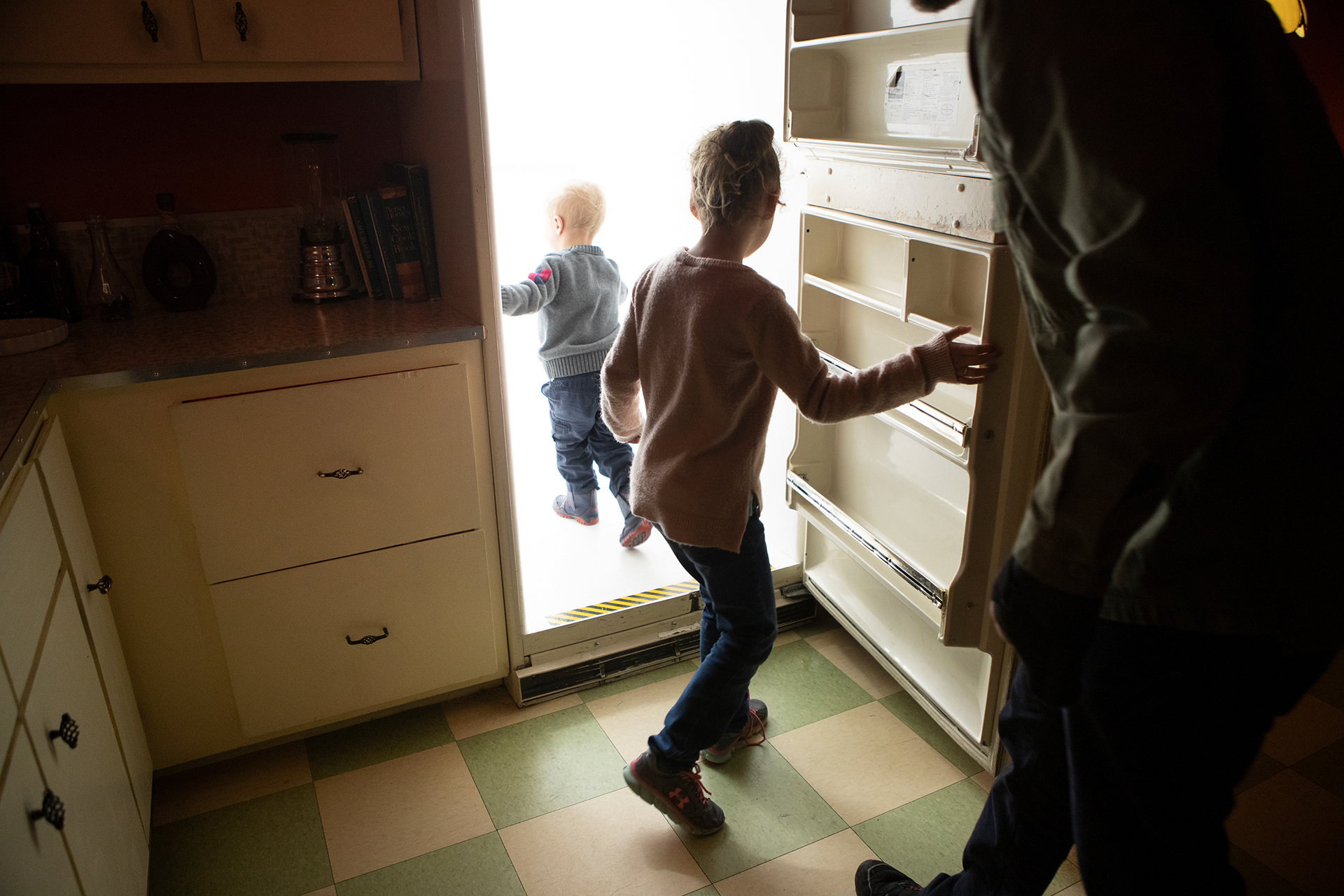 Santa Fe’s Meow Wolf is something your kids will talk about for years to come. The immersive, awe-inspiring art installations have kids and parents climbing through a refrigerator door, washing machine and more—inside of what looks like a residential home—to discover secret passages and hidden portholes that will ultimately help them solve a mystery. Look everywhere for clues! Meow Wolf will soon open in Denver and Las Vegas.

Not a lot of people remember using a thing called pay phones, but they once dotted street corners around the world. Now that they are obsolete, empty pay phone enclosures clutter some neighborhoods. But not in the Waterloo Arts and Entertainment District in Cleveland’s Collinwood neighborhood. A number of independent artists, musicians and restaurateurs have made this a lively place to visit, in part because of the itsy bity art gallery located in a former pay phone. 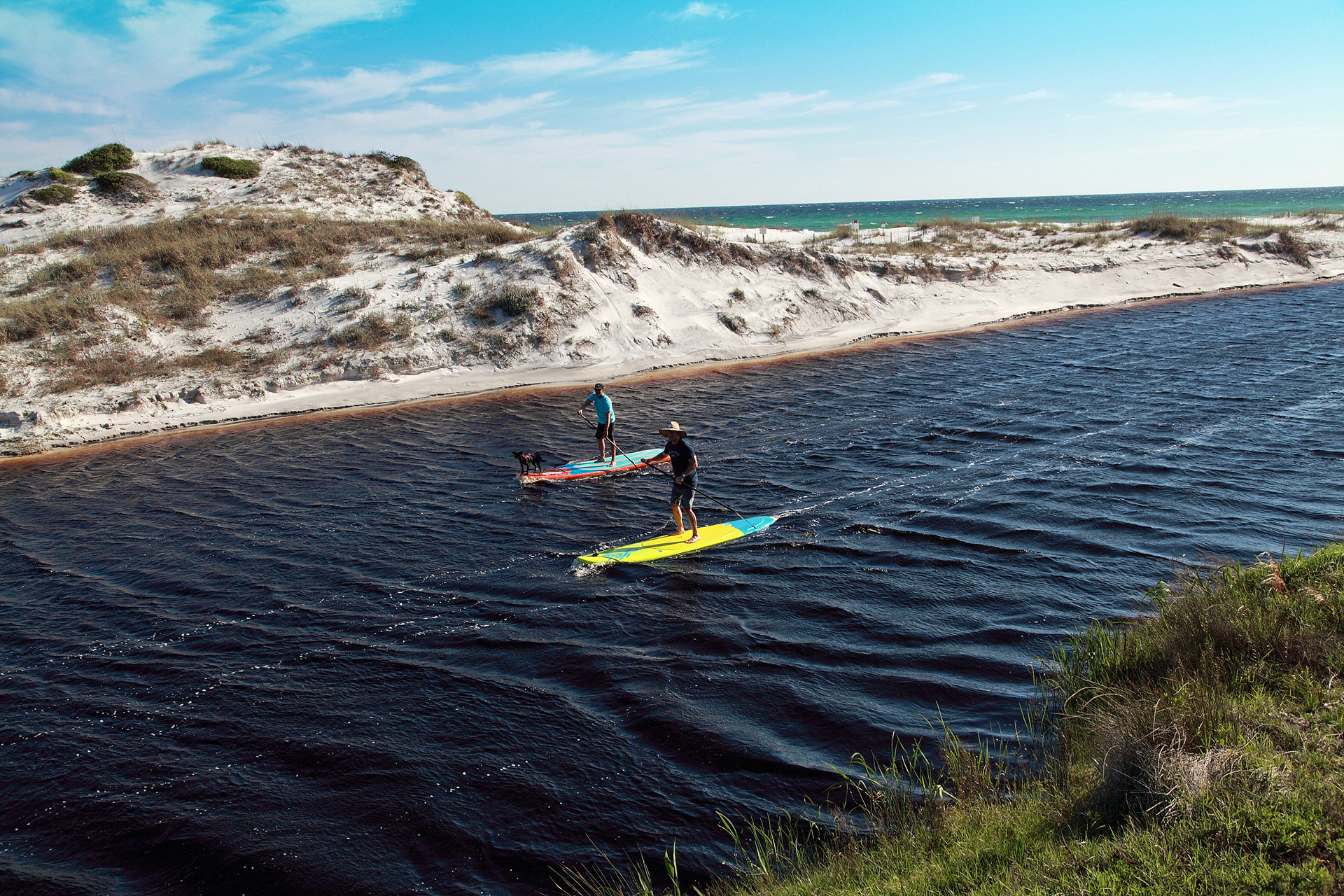 Western Lake in Grayton Beach Florida looks like a normal lake, until you find out its not. Teach your kids (and maybe yourself) about the rare geographic formation called coastal dune lakes that can be found in only five places in the world: New Zealand’s north island; New South Wales, Australia; southern Madagascar; coastal Oregon; and the Florida panhandle.

Coastal dune lakes are bodies of fresh or brackish water located within a mile or so of a large body of salt water, like the Gulf of Mexico. Here’s what makes them cool: Every few weeks, depending on the season, heavy rain or strong waves from the Gulf of Mexico cause a breech in the sand between the lake and the Gulf. This is called an “outfall” and is basically water spewing back into the ocean. It looks a bit like watching Old Faithful spew in Yellowstone, only you can’t predict when it’s going to happen. Western Lake is one of the biggest in Florida and has some great stories of sea monsters living in its dark-brown waters. There are 15 coastal dune lakes in South Walton County, Florida. You might have splashed in one and not even known it.

Under normal conditions, you would never allow your child to walk on a beach covered by broken glass. But the glass beach near Ele’ele on Hanapepe Bay on Kauai’s southern coast is a beautiful exception. For generations, before people knew better, an area near here was an informal garbage heap where household trash and other debris was dumped. Much of it found its way into the ocean, where the waves took broken glass and tossed it around for years, smoothing away the ragged edges. The currents eventually washed the beautiful, harmless glass to shore in this remote area. While small amounts of sea glass can be found on beaches around the world, the glass here usually contains more blues, reds and pinks than that found elsewhere. 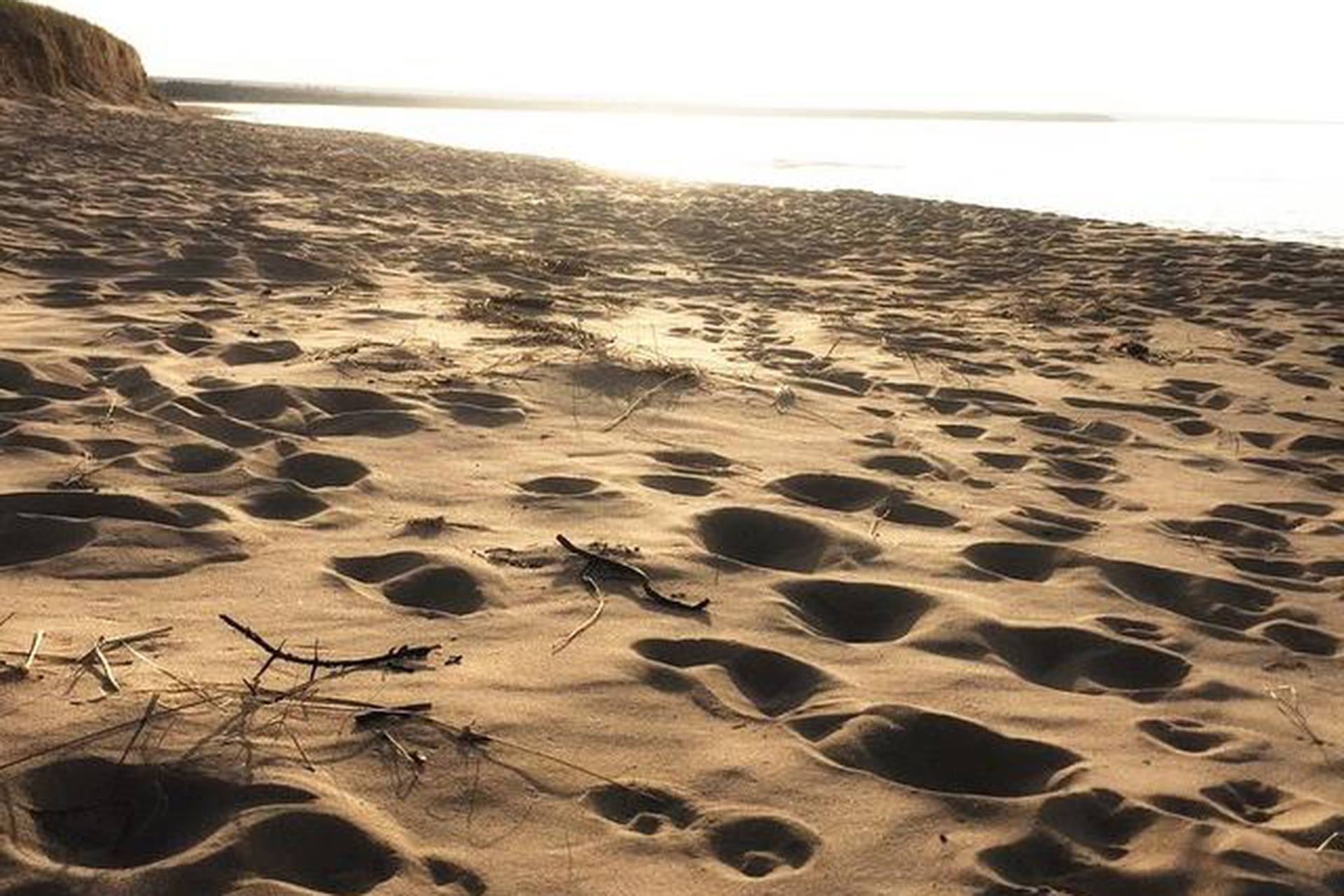 Near the northern tip of the Keweenaw Peninsula that juts into Lake Superior from Michigan’s Upper Peninsula is a 1-mile stretch of beach called the Bete Grise. The sand here is said to sing. If you cup your hand just right and rotate it around in the sand, there is indeed an unusual echo. The local legend says it’s the voice of an Indian maiden who lost her true love in the waters of Lake Gitche Gummie, but it’s more likely the pack of the sand and the wind off of the lake that makes the noise.

Eating frog legs is considered a delicacy in some parts of the world, including the southern Louisiana town of Rayne. Good luck in getting your picky eaters to try that! But it was because of a business that started selling frog legs from Rayne in the 1880s that this town is now known as the Frog Capital of the World. Assuming your kids won’t want to eat them, perhaps they will enjoy more than three dozen whimsically decorated frog statues around town, numerous frog murals and 15-foot tall frog named Monsieur Jacques who greets all visitors to town. Come for the Frog Festival each May. 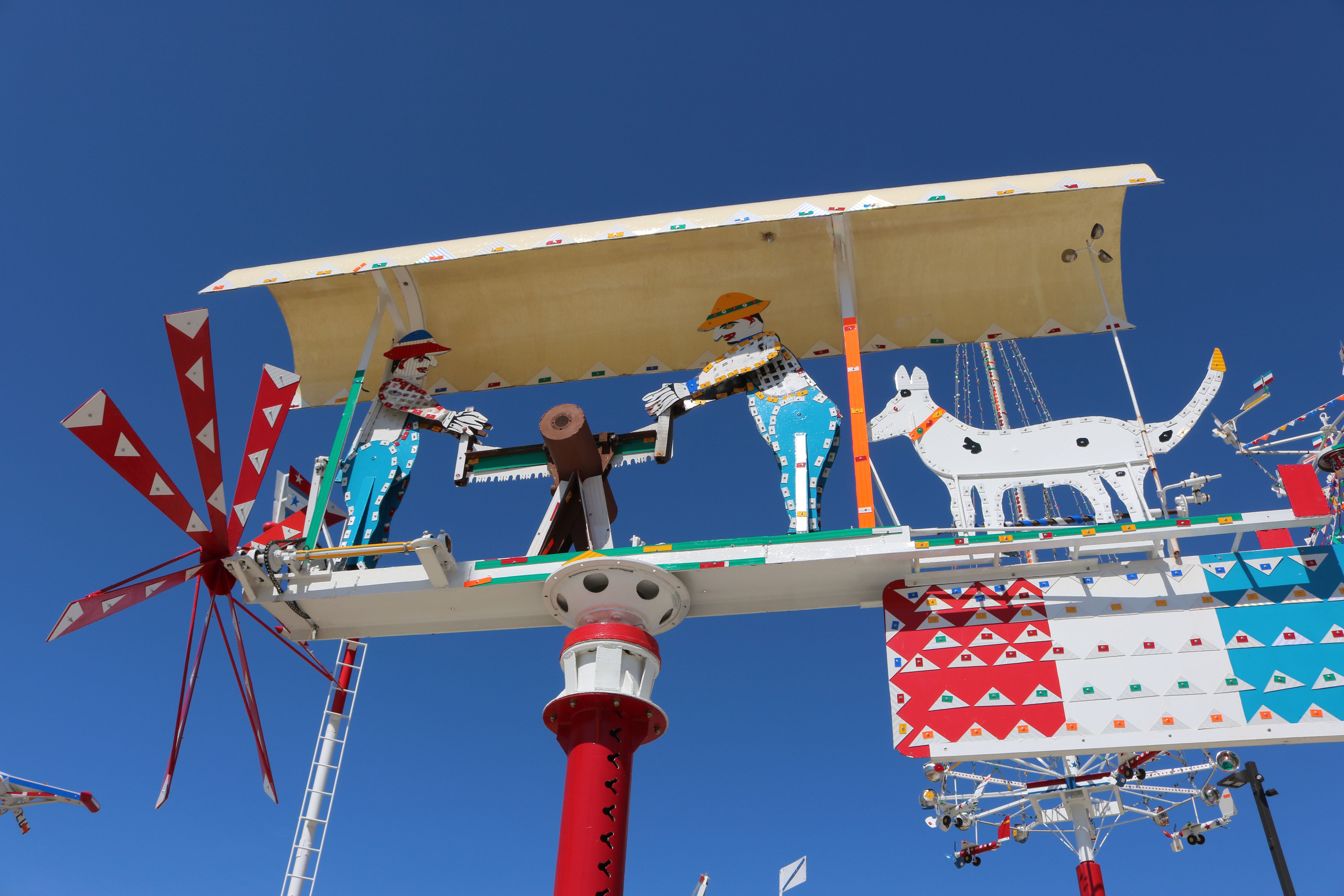 If your kids enjoy building things from K’nex, they will love a visit to the WhirliGig Park in Wilson, North Carolina. These are not your typical plastic dime store whirligigs that decorate many front lawns in the summer months. These are massive structures, some up to 50-feet tall, with complicated mechanisms all powered by the force of the wind. A retired farmer named Vollis Simpson began building these things at his home near town years ago and soon they became the area’s number one tourist attraction. Before he passed away, the city of Wilson dedicated a two-acre park in town to showcase his work and allow people to explore up close.

Introduce your kids to the Victorian era and the unusual art of hair weaving begun by Queen Victoria in mourning the death of Prince Albert. There was a time when people saved the hair from their loved ones and created elaborate wreathes and other art. You’ll see a lot of that here. It’s kinda creepy, indeed, but maybe everyone in the family will enjoy the display of early curling irons and hair straighteners, or the collection of celebrity hair. 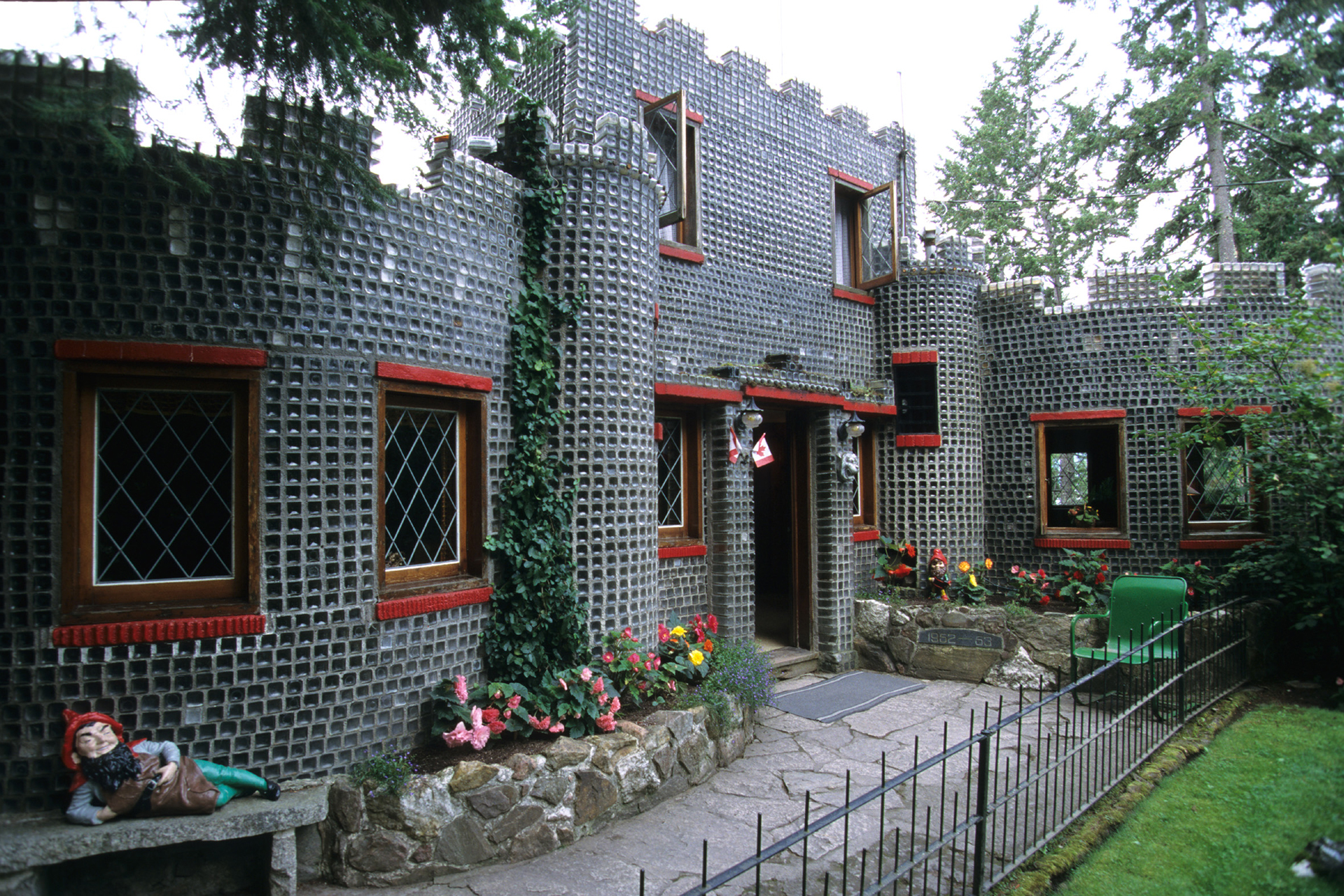 The International Selkirk Loop is a fun little road trip that starts and ends in Couer d’Alene Idaho, crosses through three states and north into British Columbia around Kootenay Lake. One of the funky little tourist attractions along the way is near Boswell. It’s a house made entirely out of square glass bottles, which is interesting enough, until you realize those bottles once contained embalming fluid. Yes, the house was built by a retired undertaker who believed in recycling. It looks a bit like a castle and is said to include more than 250,000 bottles.

What To Pack For Your Next Trip

Items to Pack Before You Get to the Airport