You know you want to visit Hawaii—you just don’t know which island to choose. While most of the islands feature beautiful beaches, family-friendly resorts and a touch of local culture—from outrigger canoeing to luaus—each island is different from the next. Here, we’ll help you decide which one is truly best for your first visit to Hawaii. 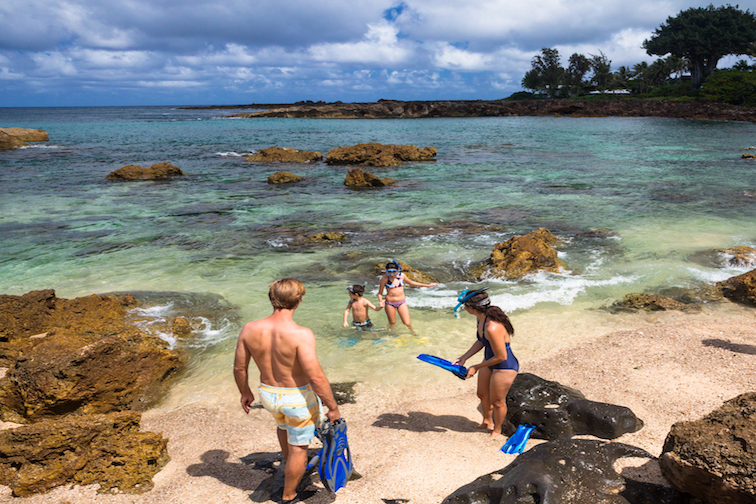 When most think of Hawaii, they think Waikiki Beach, the North Shore and Honolulu. All three are found on the island of Oahu. Although not the largest of the islands, Oahu is the most populated. More direct flights from the mainland arrive through Honolulu, making it the easiest island to get to (and often times, the cheapest).

Honolulu is a vibrant city filled with resorts, restaurants, shopping and attractions. There is so much to do in Honolulu, you may not ever leave the city, unless you decide to tour nearby Pearl Harbor; the island’s famed North Shore, where the surfing community lives; or the Dole Pineapple Plantation to sample the freshest pineapple you may ever eat. Diamond Head, the island’s iconic volcanic cone, provides fantastic hiking right near Waikiki Beach.

Island Layout: Honolulu, Waikiki and Diamond Head are located on the island’s southeast side. Disney’s popular Aulani Resort is actually an hour from Honolulu and more secluded on the island’s west coast. One of the most popular beaches for locals rests along Kailua Bay on the island’s east coast. Beyond the North Shore, the island’s northern coast has fewer roads and is hard to reach.

Where to Stay: Although we love Disney’s Aulani Resort, it’s a bit isolated for newcomers to the island. Instead, stay on the famed Waikiki Beach to be in the heart of the action or a similar nearby beach. Outrigger Waikiki Beach Resort features beach access, a kids’ club and lanais with ocean views. 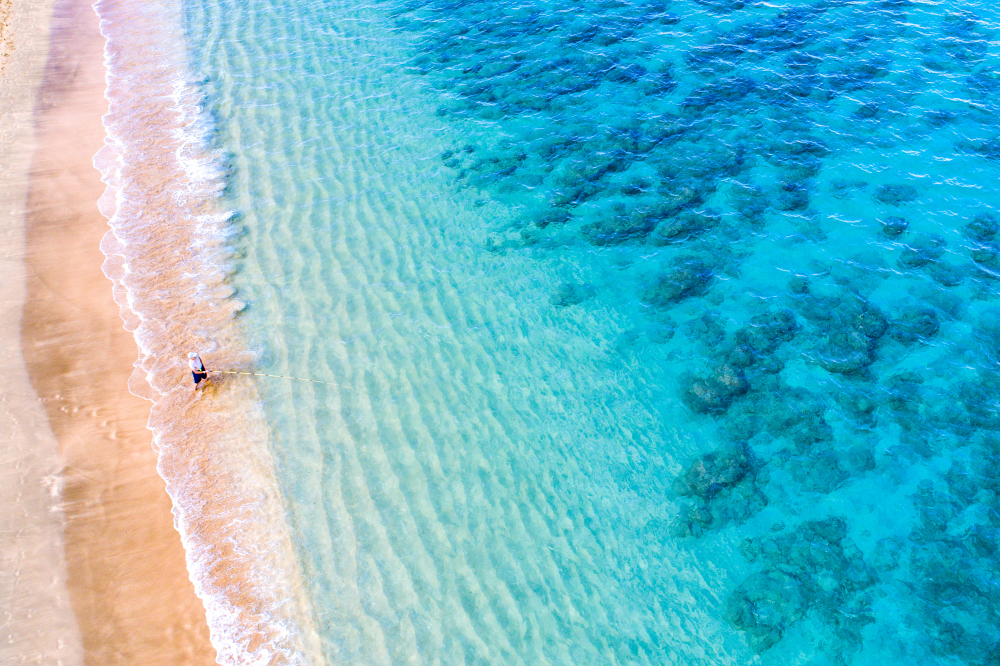 Often thought of as the most luxurious of the islands due to its large array of four- and five-diamond beachfront resorts, Maui provides a more relaxed stay-on-the-resort type of vacation than Oahu. Flights to Maui arrive in the town of Kahului, and visitors can be at the numerous Wailea resorts within 30 minutes, or along the oceanfront Honoapiilani Highway within an hour, near the numerous resorts of Kaanapali.

What’s great about Maui is it offers so many different pockets in which families can stay and play, from the classic resort town vibe at Wailea to the quieter resorts along the Honoapiilani Highway, to the remote Hana, tucked deep into the island’s eastern tip and surrounded by local villages. Climb the Haleakala National Park to discover another side of the island.

Island Layout: Maui was once two separate islands and it’s nearly visible when driving. Arriving in the center connecting area of Kahului, visitors to the Wailea resorts on Makena Bay are on the island’s west coast. However, head northeast to the resorts in Kaanapali, which are closer to a rain forest and the mountains and experience different weather. On the east coast, the island’s remote Hana is a destination for those truly wanting to experience old Hawaii.

Don’t Miss: The Road to Hana is an all-day excursion on twisting, curving, switchback roads that pass dozens of waterfalls, tropical rain forest hiking trails and a black sand beach. Visitors are advised not to drive past a certain point and to turn around for the return drive. But for the brave, the road continues its full circle going into the island’s desert area with cattle ranches and a pineapple winery. The all-day adventure typically begins at dawn and travelers should bring snacks, towels and layers of clothing for the different climates.

Where to Stay: If choosing to stay in Wailea’s resort area, we love the Makena Beach & Golf Resort, which is at the end of the resorts and near a state park and beach, providing a more private getaway just down the road from shops and restaurants. It features suites for up to six people and doesn’t charge resort fees like many of the other properties in the area. 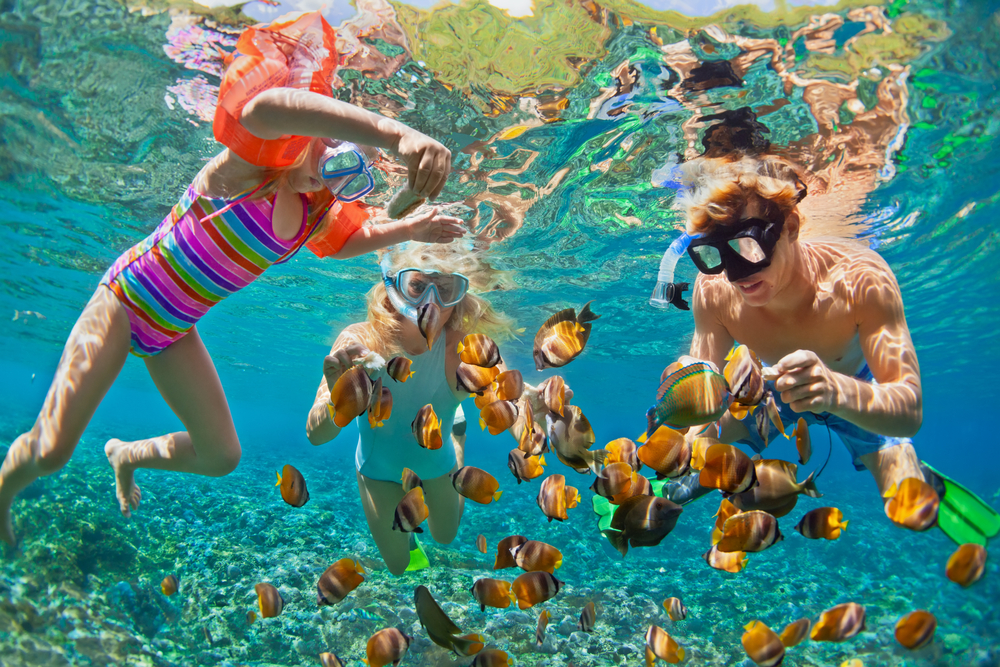 The southernmost of the main Hawaiian islands, the Big Island, actually named Hawaii, is as the name implies: the largest of the islands. As the youngest of the islands, it is also still growing, as Kilauea and Mauna Loa volcanoes are still active. (You can catch Kilauea’s orange glow in the evenings from an observatory.) The island is also known for having 12 distinct climate zones—there is snow atop the inactive volcano of Mauna Kea!

Although the Big Island is double the size of all the other islands combined, it doesn’t offer as much in terms of resort areas and on-island activities as Oahu and Maui. Instead, it’s a rather sleepy island. The main cluster of resorts can be found along the Kohala Coast, with Kailua-Kona providing a number of hotels in an even quieter setting. The Kohala Coast often surprises visitors with its rugged lava rock surroundings, as it’s at the base of Mauna Kea. Beaches here are often small and man-made.

Island Layout: Visitors will arrive to the island’s west coast, landing in Kona. Traveling minutes up the coast to Kailua or further north to Kalaoa, this is the heart of tourism for the island. The center of the island is filled with forest reserves for Mauna Kea, Kapapala and Kau Forest, as well as Hawaii Volcanoes National Park, the latter of which borders the southeastern coast. On the east coast, the small town of Hilo provides more remote resort options.

Don’t Miss: Volcanoes National Park is the only national park dedicated to an actual volcano. Visitors starting at the visitor center will find themselves in a rain forest, wearing extra layers to ward off the chill in the air. As they descend down to the ocean along the Chain of Craters road, the climate changes dramatically, as well as the scenery. You’ll see craters, steam vents, hardened lava, and perhaps even fresh lava, as the park is home to the Kilauea Volcano, which is still spilling lava into the ocean.

Where to Stay: The luxurious Kohala Coast resorts offer plenty for kids, including cultural programs, kids’ clubs, and safe bay waters for snorkeling. You can’t miss the Four Seasons Resort Hualalai at Historic Ka’upulehu, which provides suites for larger families and is located at the start of Kohala Coast, near Kona. 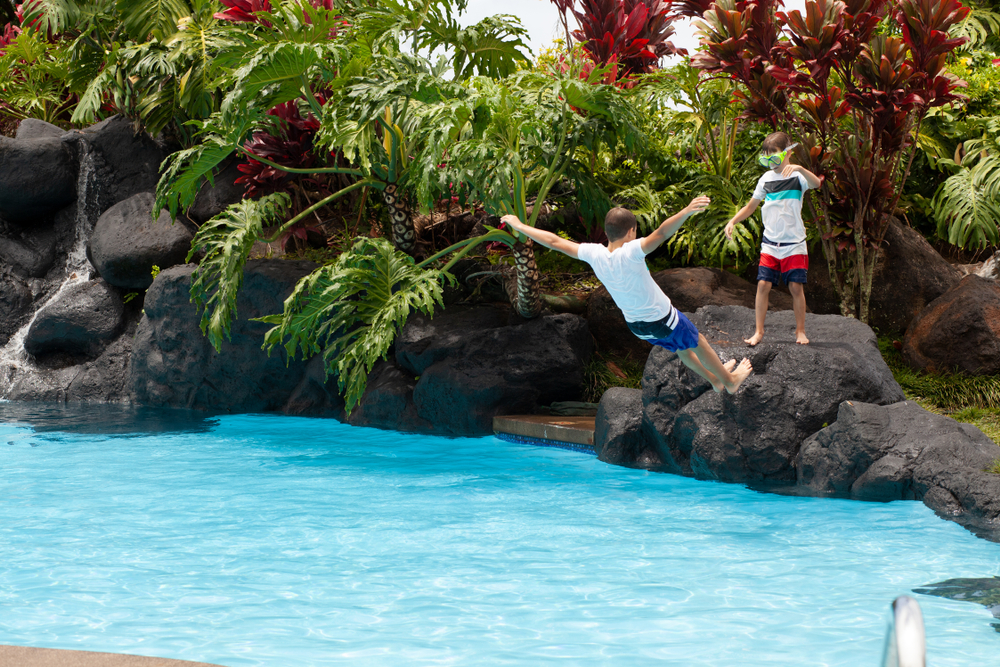 The northernmost of the main Hawaiian Islands, Kauai is the fourth largest of the island chain. It’s far less developed than Maui (though many travelers choose between Maui or Kauai for their trip to Hawaii). Its lush landscape has earned it the nickname of the Garden Isle. The island is divided into three areas: the sunny, beachy Poipu; the Coconut Coast, where the airport and island’s main city are found; and the north shore, which offers fewer resorts but fantastic views. Most families choose to stay in Poipu, where the weather is better and the biggest resorts can be found.

Island Layout: The island is nearly a perfect circle, with the main city of Lihue located in the southeast. This is where the island’s airport is, and from here, visitors head north to travel to the Coconut Coast on the east side, or south to the Poipu area. The island’s west coast is made up of a state park and doesn’t offer roads to encircle the island.

Don’t Miss: Visit the island’s signature Fern Grotto, a lava rock grotto that is covered in hanging ferns and tropical foliage near a waterfall. Once upon a time, the grotto was only available for Hawaiian royalty, as it was a sacred place. Today, visitors can get to the grotto by traveling by boat up the Wailua River. (Tour groups are plentiful.)

Where to Stay: The Outrigger Waipouli Beach Resort offers one- and two-bedroom, condo-style accommodations with full kitchens to provide a home-away-from-home environment. Kids will love the children’s programs, too. 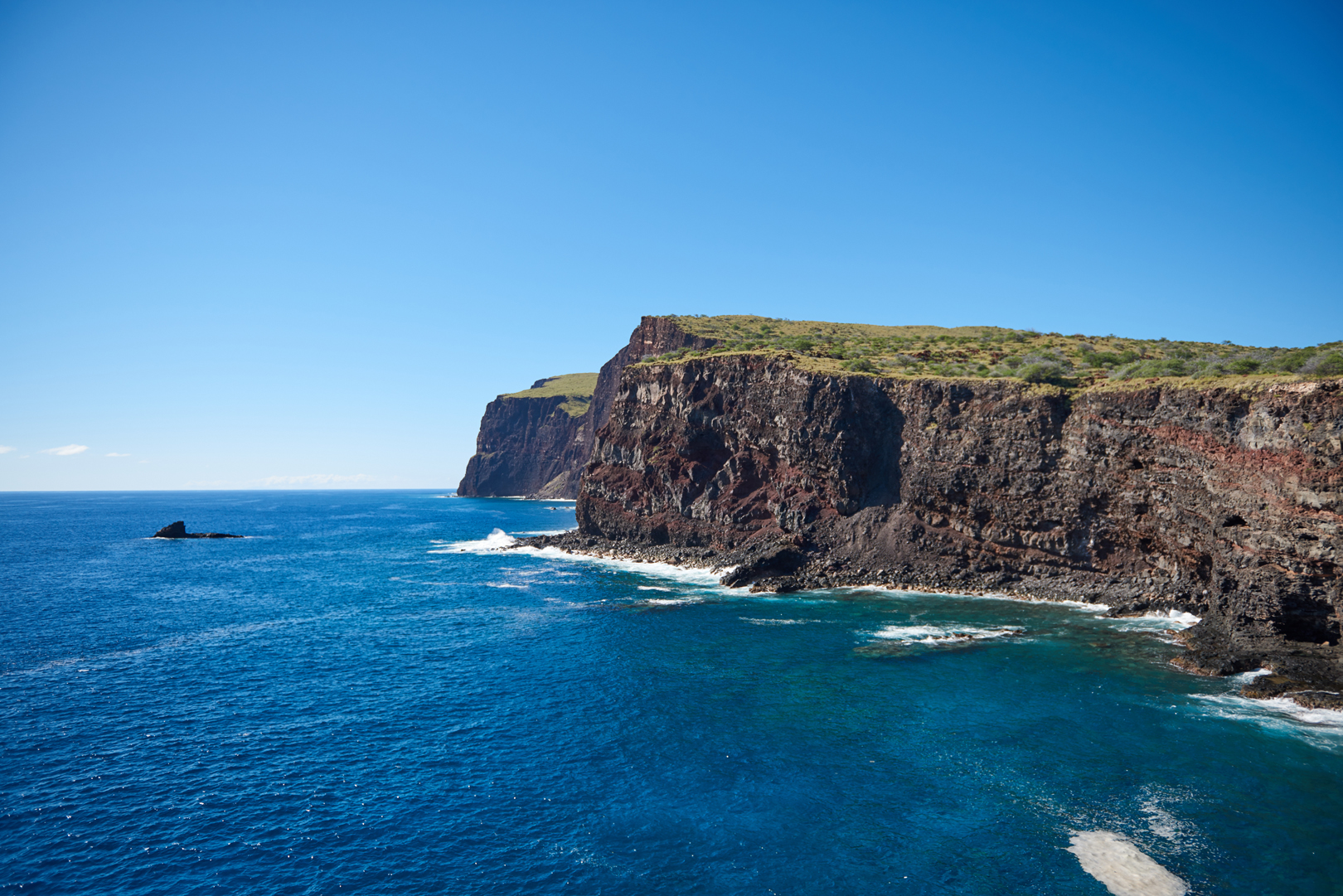 One of the smaller islands in the chain, Lana’i is located off the coast of Maui and is visible from Maui’s west coast resorts. The small Lana’i Airport in centrally located Lanai City is available for small planes from larger Hawaiian islands. The lush island is attributed to being the closest to old Hawaii, with limited attractions and places to stay, but is also a departure from the commercialism found on Oahu. Best suited for families with kids who won’t mind being disconnected from the internet, Lana’i is a treasure for outdoor-loving visitors.

Island Layout: The small, bean-shaped island is very uninhabited, with Lanai City (a town of eight blocks) located in the center of the island. The island is just 13 miles wide and 18 miles long and it provides an intra-island shuttle to help visitors traverse it.

Don’t Miss: The best way to experience and see Lana’i is with an off-road jeep tour. Many guests rent 4WD vehicles to help visit many of the island’s off-the-beaten-path routes, but tour groups are available to take families along bumpy roads to see places like Shipwreck Beach and the Garden of the Gods rock formations.

Where to Stay: Four Seasons Resorts are both luxurious and provide ample entertainment for families. This small island only offers three hotels, two of which are Four Seasons’ properties. We love the location at Manele Bay.