From the extravagant floats to the humongous balloons to the stunning performances and beyond, the legendary Macy’s Thanksgiving Day Parade has something for everyone in the family—no matter your age. For families who plan to attend this year’s parade in person, there are important details to know before you go. From where to stay to what to wear, here’s your ultimate guide to the 2019 Macy’s Thanksgiving Day Parade.

The Macy’s Thanksgiving Day Parade begins promptly at 9 a.m. on Thursday, Nov. 28, 2019, at the corner of 77th Street and Central Park West. It will travel south to Columbus Circle, where it will turn east onto Central Park South before turning onto 6th Avenue. After traveling down 6th from 59th Street to 34th Street, the parade will turn right and end at Macy’s in Herald Square. The parade lasts about three hours, ending at noon. 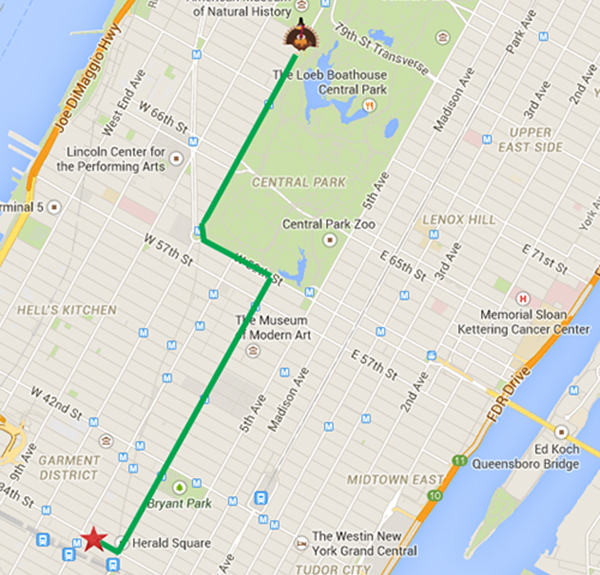 There is no fee to attend and view the parade, but all seating along the route is first-come, first-served. Grandstand seating is not open to the public, so spectators must bring their own chairs and blankets for their spots along the parade route. Many families camp out early in the morning (arriving as early as 4 a.m.!) in order to get a good spot for the parade, so plan accordingly.

The best places to sit for families who plan to arrive early (around 6 a.m.) are between 75th and 59th streets on Central Park West, before the parade turns at Columbus Circle. For families looking to arrive a little later (between 7 and 8 a.m.), grab a spot on 6th Avenue between 59th and 38th streets. Seating is very limited between 38th Street and Herald Square, due to the various TV broadcasts.

Tip: Call YAI National Institute at 212-273-6181 or visit their website for more information. 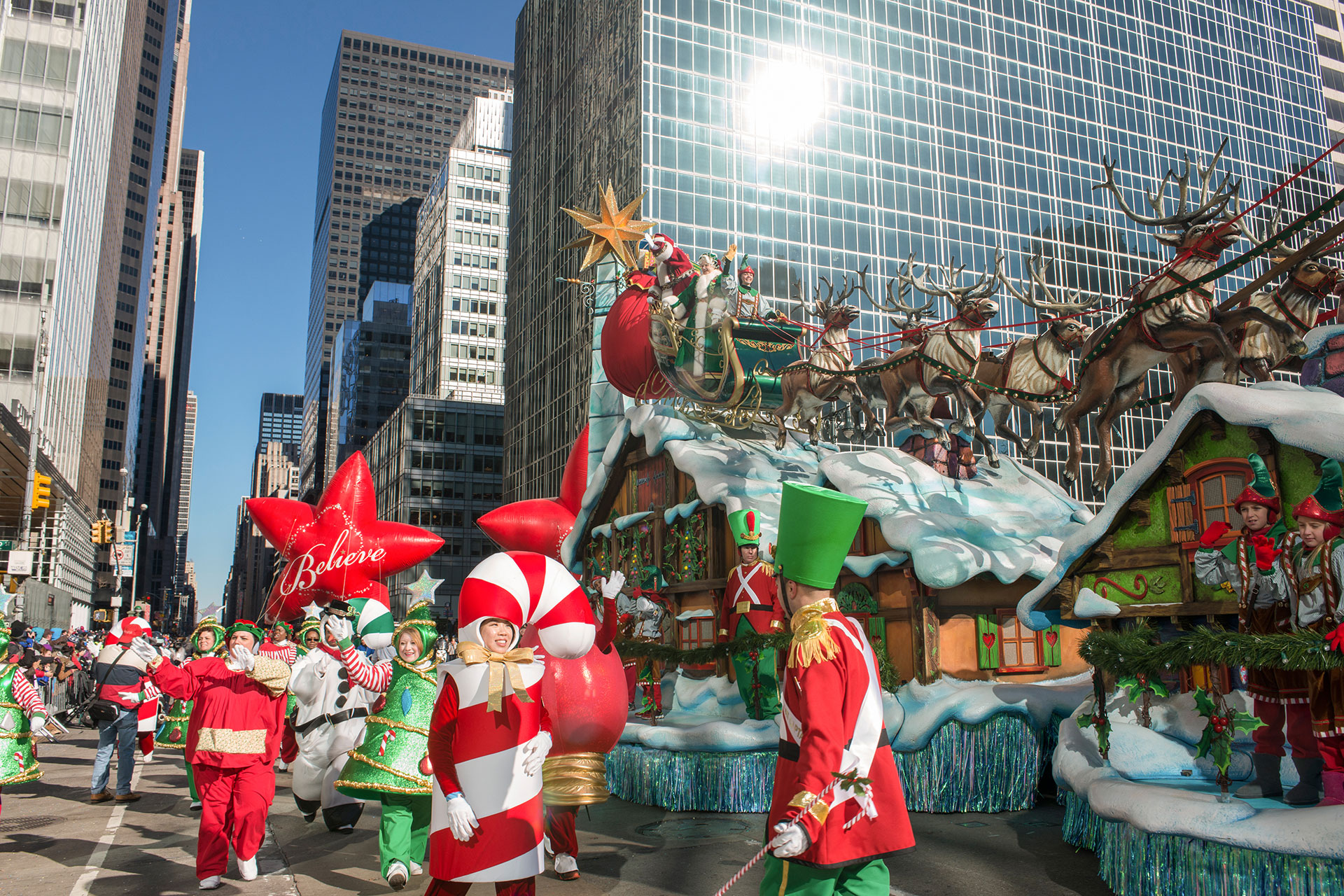 Returning float favorites include Snoopy’s Doghouse, Macy’s Singing Christmas Tree, and of course, Tom Turkey and Santa’s Sleigh! Beloved balloons will include Olaf, Paw Patrol’s Chase, The Grinch and Max, and more, plus two newcomers: Astronaut Snoopy 2.0 and the Strawberry/Pistachio Ice Cream Come (with more to be announced).

Eleven marching bands will join the parade, too; many are high school bands from all over the country, joined by the New York Police Department’s Marching Band and the Macy’s Great American Marching Band. Cheer and dance teams from around the country will also march in the parade, as will the Radio City Rockettes.

Tip: For an extra-special experience, head to New York City the day before Thanksgiving in order to see the large balloons being inflated for the parade. On Wednesday, Nov. 27, 2019, you can go to the area on Central Park West, between 81st and 77th streets, in front of the American Museum of Natural History, and see the balloons before they take flight in the parade. Inflation takes place between 3 and 10 p.m. and is free and open for the public to view. Just don’t attempt to drive there—walk if you’re close enough or use public transit.

The weather is unpredictable this time of year in New York City, and the best thing you can do is pack and wear layers. Here’s a short list of things to pack for the Macy’s Thanksgiving Day Parade 2019:

Looking for a hotel with a view of the parade? Check out these parade route hotels and hotel packages for the 2019 Macy’s Thanksgiving Day Parade. 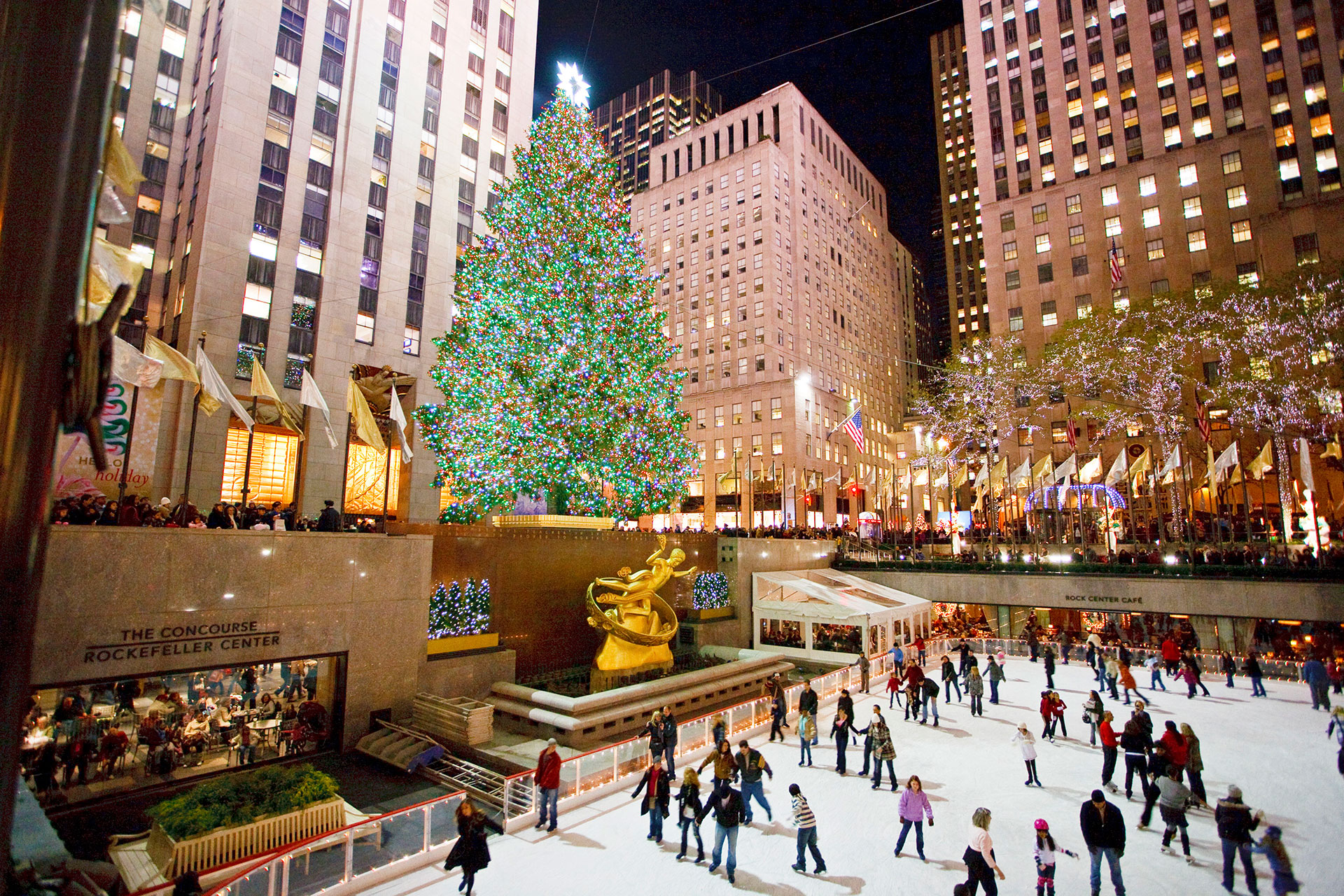 Whether you have time to spare before or after the parade, be sure to check out these family-friendly things to do in New York City, including holiday attractions and events!

Related: The Ultimate Guide to Christmas in New York City

Stop in for a bite at one of these restaurants along the 2019 Macy’s Thanksgiving Day Parade route. The 9 Best Florida Vacation Destinations for 2021