According to the National Park Service, more than 25 million people visit Washington, D.C.’s National Mall each year — that’s more visitors than Yellowstone, Yosemite and Grand Canyon National Parks combined. While a pilgrimage to the Smithsonian museums, the memorials, the White House and the Capitol is a rite of passage for most American families, if they limit themselves to the Mall, they miss out on the many fascinating, enriching sites the D.C. area has to offer. For it’s not all on the Mall: Those willing to venture off the beaten path will have an even deeper appreciation of the history and culture of the nation’s capital.

President Lincoln’s Cottage
For an indelible lesson on the 16th president, plan a visit to President Lincoln’s Cottage, a summer retreat located at the Soldier’s Home (known today as the Armed Forces Retirement Home) near the Petworth and Parkview neighborhoods in D.C. Abraham Lincoln spent about a quarter of his presidency here, escaping Washington’s oppressive heat with his family from June to November, holding important meetings, making significant military decisions, commuting back and forth to the White House daily and developing the Emancipation Proclamation.

In addition to temporary exhibits, the Robert H. Smith Visitor Education Center houses four permanent galleries, which provide an introduction to the site: Wartime Washington, Lincoln the Commander-in-Chief, the Lincoln Family at the Soldiers’ Home and History of the Soldiers’ Home. An interactive exhibit gallery, Lincoln’s Toughest Decisions, allows visitors to read digital primary sources in order to get a better sense of the issues Lincoln and his cabinet wrestled with during the war. The guided tour of the cottage, given in a relaxed, conversational style and using multimedia technology, including oral history recordings and video, takes about an hour. The house is mostly unfurnished, so the emphasis is on stories of the Lincoln family and their experiences in the cottage. Mount Vernon
George Washington’s historic estate is much, much more than a restored house and grounds. Visits to Mount Vernon begin at the Ford Orientation Center, where a short action-adventure film about Washington’s defining moments vividly brings the legend to life (some battle scenes may be too scary for young children).

Head next to the Education Center, where advanced media technology and electronics create a highly interactive experience that will engage children ages 6 or 7 and up, as well as teens and adults. Visitors can sit on a reproduction of the Washington family box pew from Pohick Church in nearby Lorton, Virginia, and watch a History Channel film about the role religion played in Washington’s life and his views on religious freedom. They can learn more about the 316 slaves who lived on the plantation during Washington’s time through interactive texts and period tools, and check out a replica of a cabin at Valley Forge, complete with a groaning animatronic soldier. And there is a “4-D” movie: When cannons fire, the seats rumble and “smoke” drifts through the room and when Washington crosses the Delaware, “snow” falls on the audience. Fog wafts through the theater at three key moments to help dramatize how the Americans used bad weather to their advantage in several battles.

The Museum houses both permanent and temporary exhibits, including fine and decorative arts, books and manuscripts, and the Mansion itself has been meticulously restored to its appearance in 1799. Lines to get inside can be long at busy times of year. Don’t forget to check out the outbuildings, gardens and grounds, slave quarters, slave memorial and of course, George Washington’s tomb.

Mount Vernon, located 16 miles from Washington, is open every day of the year, including holidays. Admission is $17 for ages 12 to 61, $9 for ages 6 to 11, and $16 for seniors. Children ages 5 and under are free to enter. To avoid lines, purchase your tickets online in advance (you’ll save $1 on adult and youth tickets if you do so.) The estate is open 9 a.m. to 4 p.m. November through February. 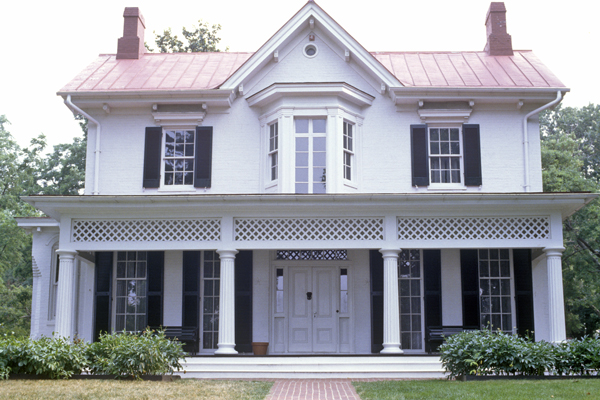 The Frederick Douglass National Historic Site
Cedar Hill, in Anacostia, is the home of famed abolitionist Frederick Douglass, who was born into slavery and became an internationally renowned activist. The house sits on top of a 51-foot hill and has commanding views of the city. It takes about 1.5 hours to look at the exhibits, walk the grounds, take the guided tour of the historic home, and watch the film. The home has been restored to its 1895 appearance and is furnished with original objects that belonged to Douglass.

Theodore Roosevelt’s Island
Visitors who’ve had their fill of marble hallways and hallowed historic homes will find the perfect antidote on Teddy Roosevelt’s Island, an 88.5 acre island and national memorial located in the Potomac River. Visitors access the island via a pedestrian footbridge, and can choose from the 2.5 miles of hiking trails that loop through swamps and woods and/or pay respects to the “Great Conservationist” in the memorial plaza, which features a 17-foot statue of Roosevelt, large pools of water, huge stone fountains and four enormous stone monoliths bearing some of Roosevelt’s famous quotations. It’s a peaceful, mostly shady respite from the hustle and bustle of the city.

Theodore Roosevelt’s Island, which is located 16 miles from Washington, is open every day of the year, including holidays, from 6 a.m. to 10 p.m. There is no fee. 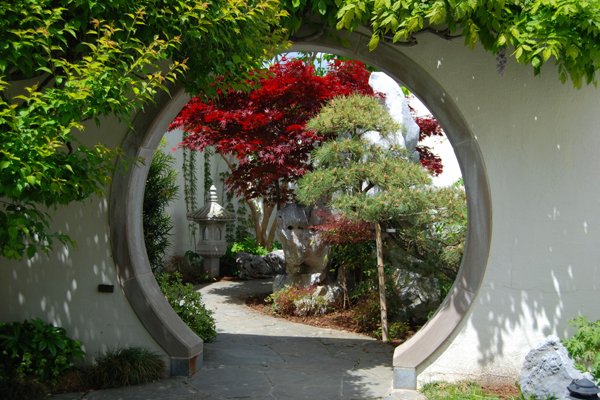 The United States National Arboretum
Another great place to blow off some steam — or just hug a tree — is the National Arboretum, a living museum and research and education facility run by the U.S. Department of Agriculture. Located on the outskirts of the city, the Arboretum is a 444-acre of tranquility and natural beauty. Grab a map at the Administration Building, check out the National Herb Garden, visit the National Bonsai and Penjing Museum and picnic in the National Grove of State Trees area. No matter what, visitors will want to take Instagram pictures of the National Capitol Columns, 22 Corinthian columns that formed the East Portico of the Capitol building from 1826 to 1957.