Not everyone can easily reach or afford tickets to a Broadway show. But cruises are a great–if not better–alternative for families. Nowadays, the stellar, Broadway-caliber entertainment on ships is one of the best parts of cruising, and it’s almost always baked into the overall cost. Here, a look at 13 fantastical shows you can only see on the high seas. 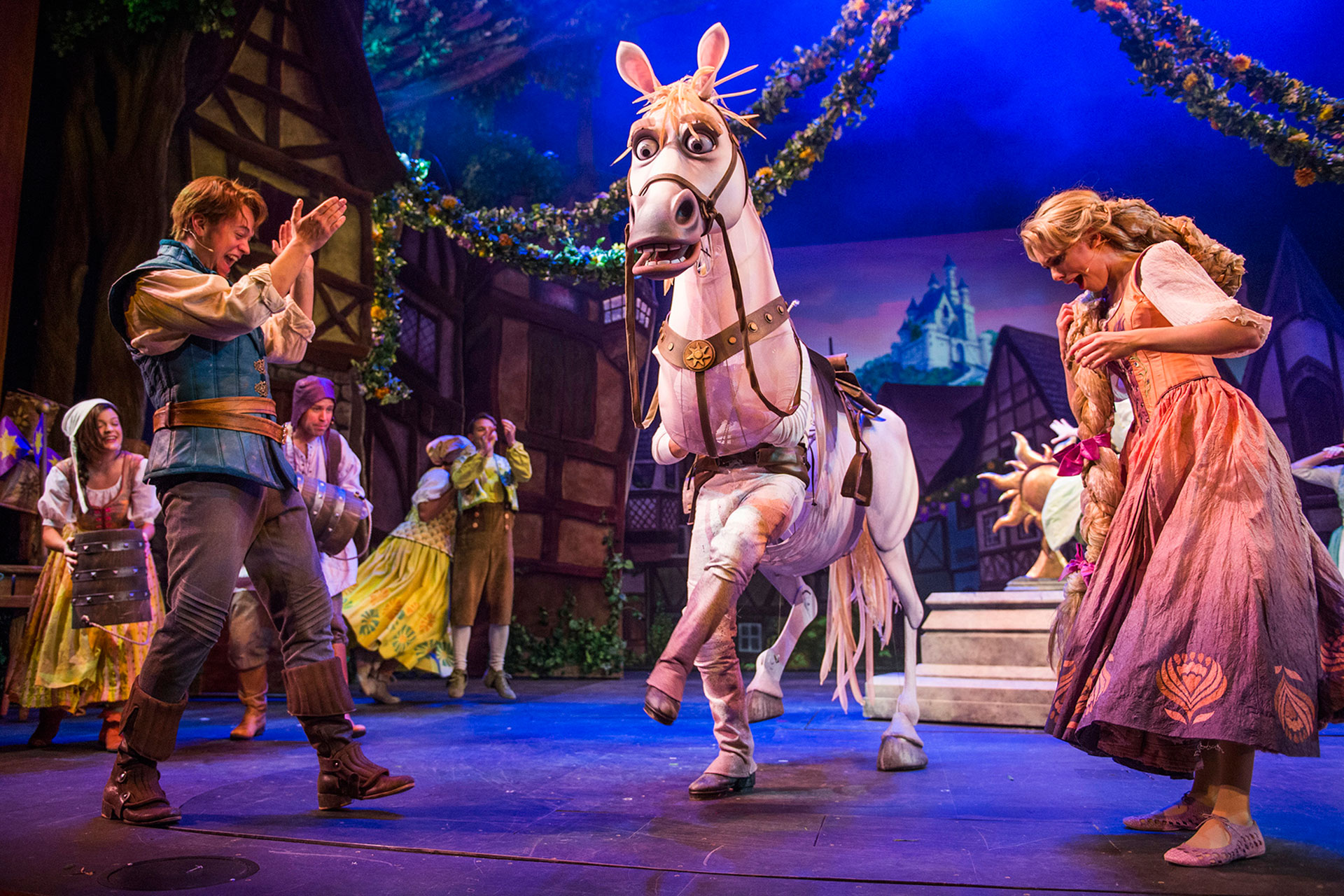 Your youngsters will adore the legend of long-haired Rapunzel as it comes to life on the Disney Magic. The ship’s theater is the only place you and your kids can experience it live! Your family will adore the talented cast, skilled puppetry, and costumes from a Tony Award-winning designer. The show also includes three songs from the film’s original Academy Award-winning composer and lyricist. 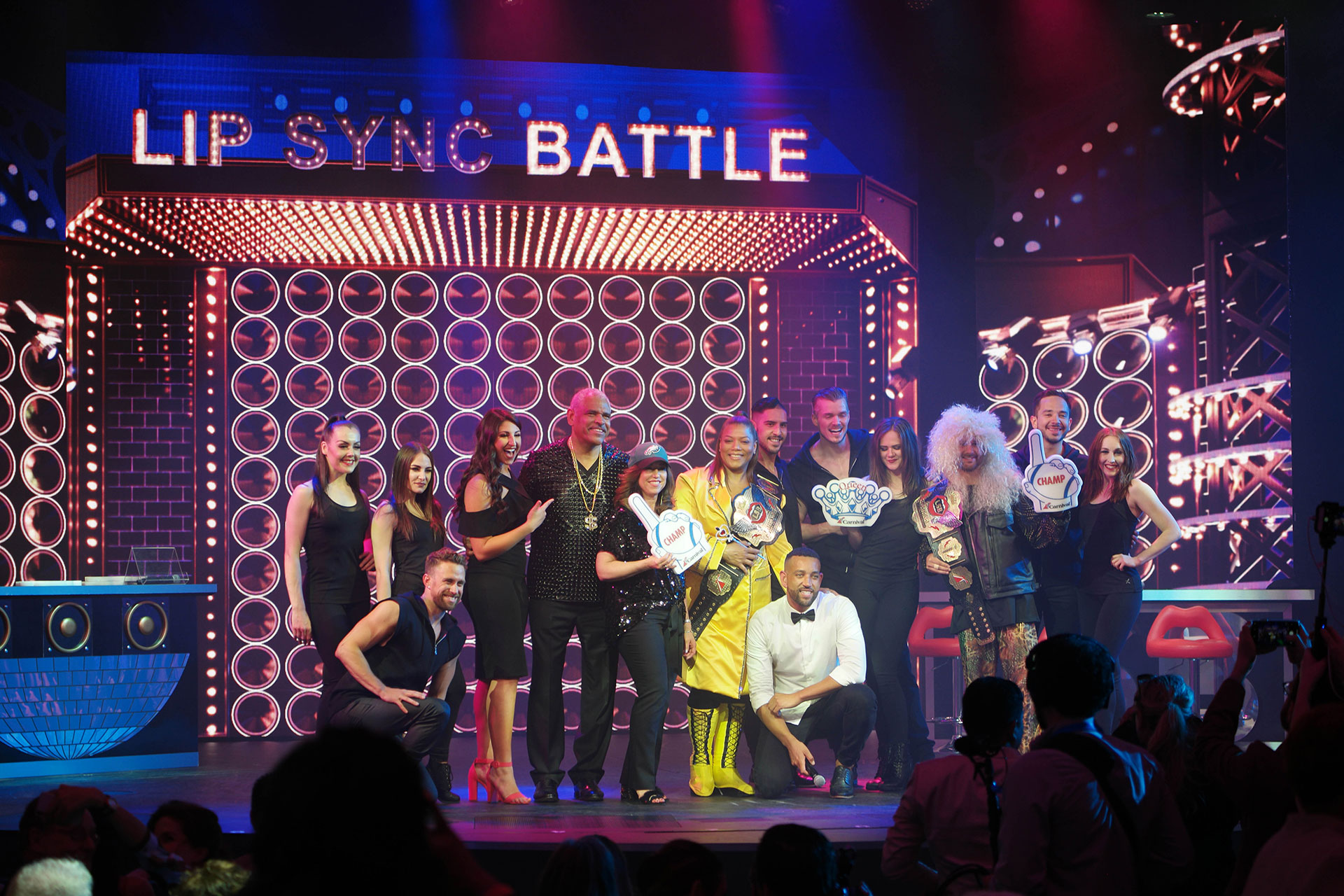 Derived from the popular TV show hosted by LL Cool J, Carnival’s version of Lip Sync Battle works like this: staff choose two passengers who are transformed into pop stars during the course of the cruise. At the end of the voyage, they duke it out on the big stage with the help of back-up dancers, bright lights, and cruise director humor. The result is a riotous great time for guests and the perfect way to end your cruise.

A colorful, joyous delight of Cuban culture, music, and dance will stay with you and your kids long after the house lights come back on. This delightful, 45-minute show isn’t something you’ll see on dry land! 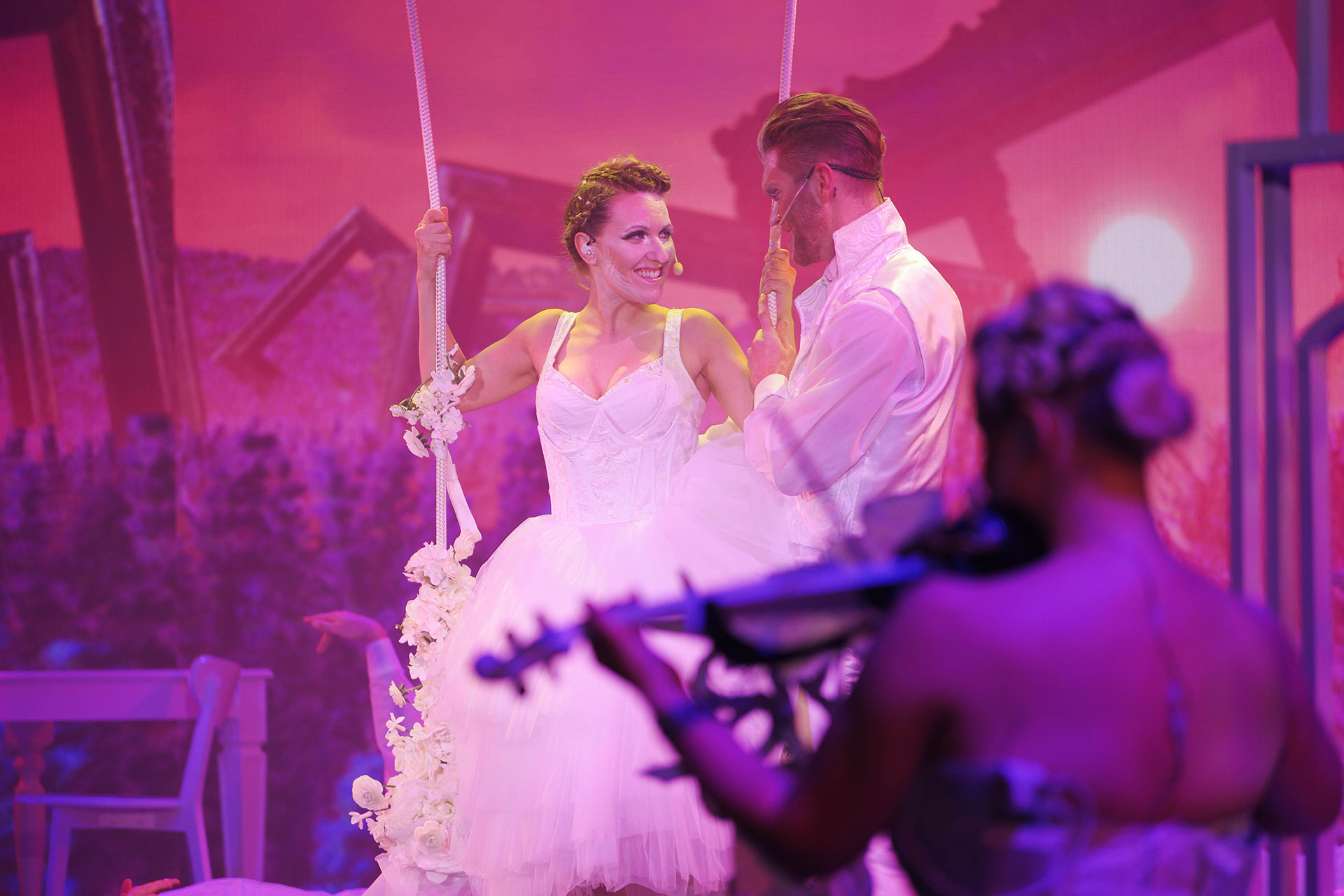 Carnival’s Playlist Productions has seriously raised the bar on Horizon, with three new musical theater shows–the highlight of which is Celestial Strings. A live electronic string section blends with talented actors, dancers, and singers to deliver the most audacious modern art performance piece at sea. The cast’s version of Radiohead’s “Creep” alone is worth spending 45 minutes inside the Carnival Horizon’s Liquid Lounge. 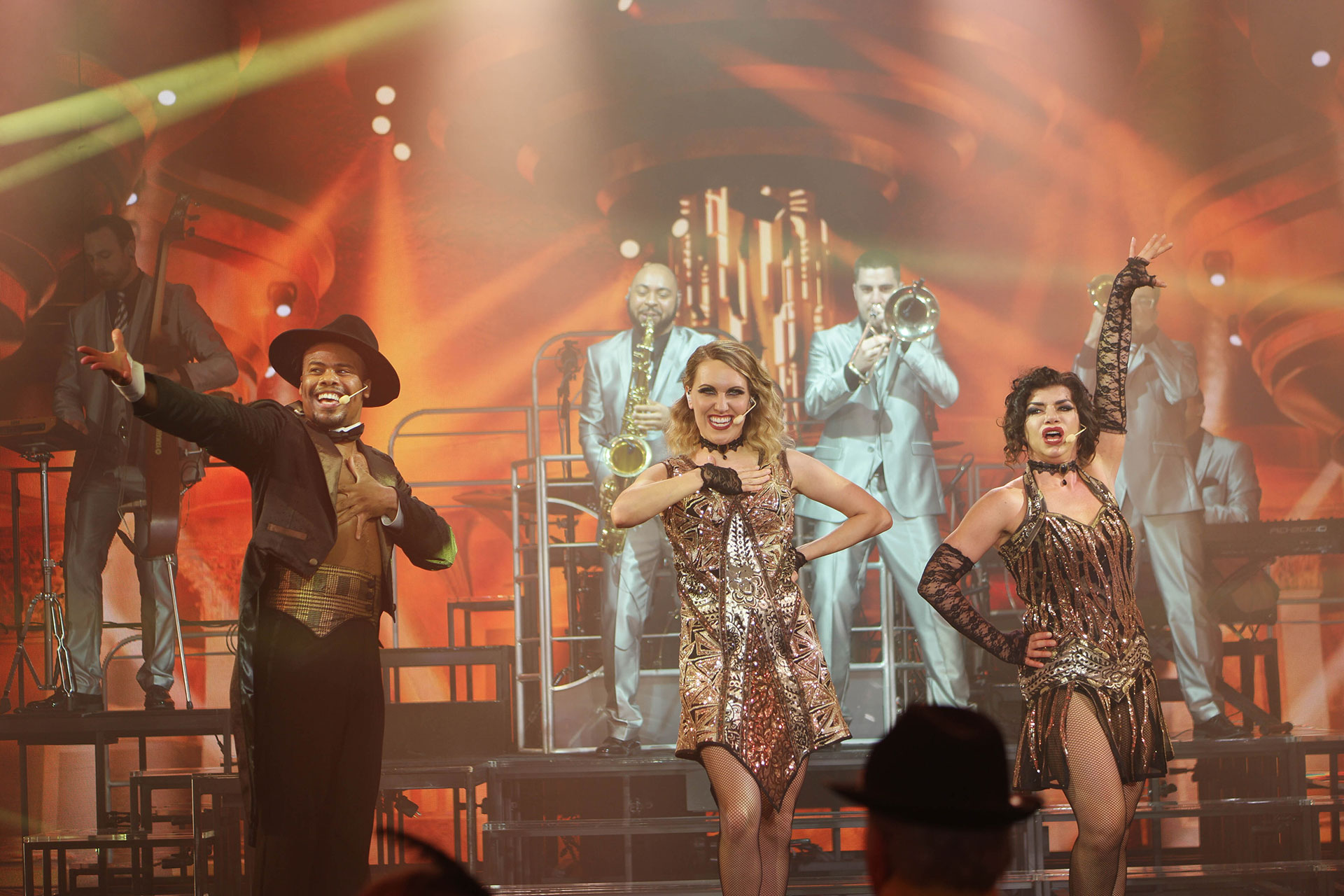 You’ve heard “All About That Bass,” and maybe you never cared for it. But the way it’s performed and incorporated into the brand-new Vintage Pop show on Carnival Horizon will have you dancing in your seat with no treble. This smokey, 1920’s-inspired musical takes familiar songs from today and gives them a vintage, jazzy treatment with a live, six-piece band. The results are nothing short of marvelous, thanks to a reconfiguration of Horizon’s adaptable theater, which transforms the space into a speakeasy-style club in the age of prohibition. Pro Tip: Line up early for a chance to be selected for special ‘cabaret’ seats, interact with the performers during the show, score one-of-a-kind Vintage Pop T-shirts, and be given beads, hats, feathers and other costume flair to wear!

A thrilling ice skating adventure starts in London with the theft of Her Majesty’s Crown Jewels and then travels through time and through fantastical lands. A literally cool 45-minutes of figure skating mastery and visually stunning tricks will delight audiences of all ages sailing the glistening Symphony of the Seas. The snowy scene with the yetis is bonkers hilarious and the costume change magic trick will blow your minds! 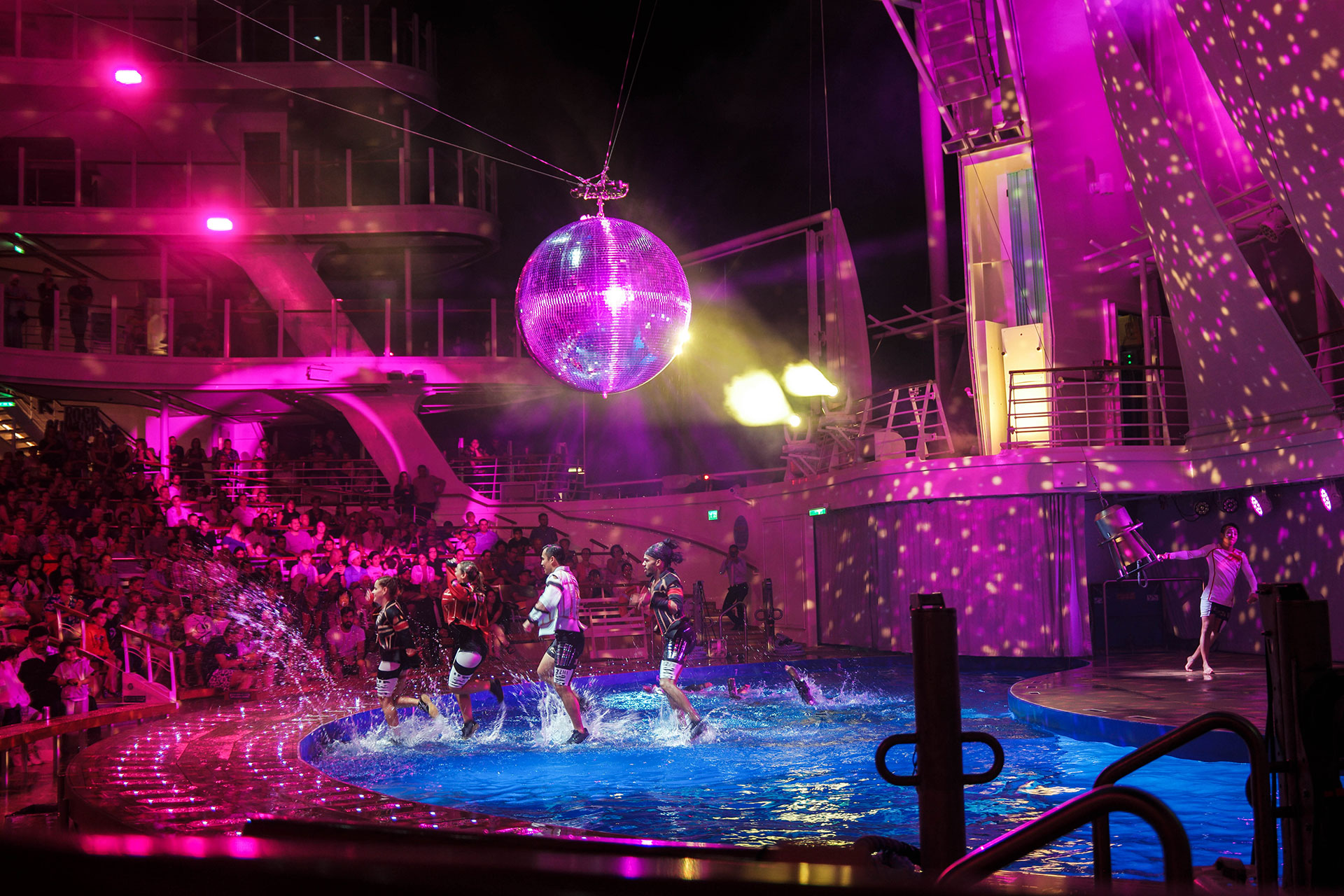 The Symphony’s Aqua Theater at the rear of the ship on the Symphony of the Seas Boardwalk comes alive with a mix of death-defying acrobatics, Olympic-style diving tricks, tightrope walking, and theatrical martial arts. Hiro is like a modern Esther Williams movie come to life and is unlike anything else at sea! 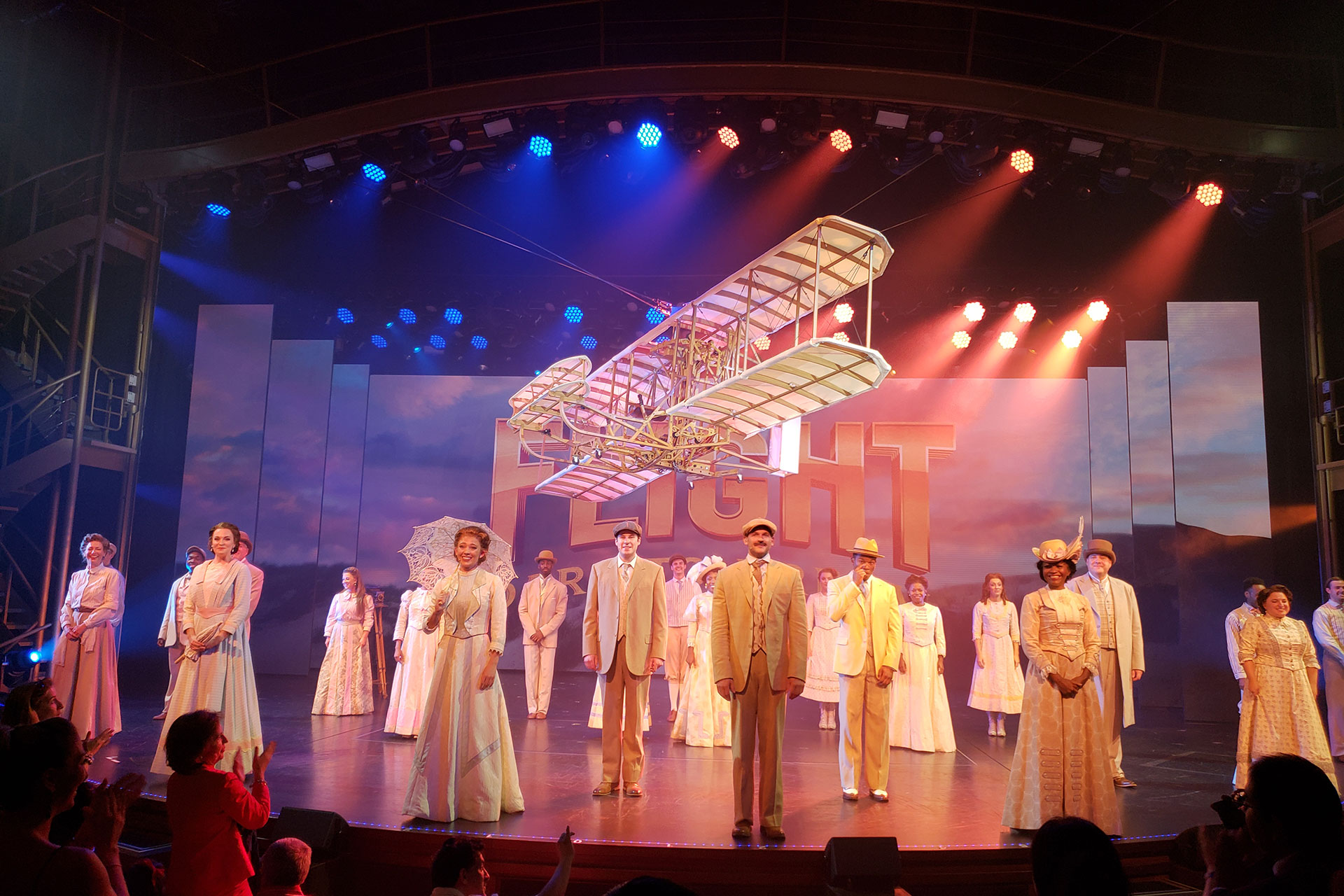 8. Flight: Dare To Dream – Royal Caribbean Symphony of the Seas

Another romp through time while at sea on the Symphony whips you backward from a futuristic space mission all the way to the Wright Brothers at Kitty Hawk, with a theatrical grand finale you have to see to believe. During the 45 minutes in between, you witness the history of flight set to music in the magnificent Royal Theater, and sit in awe of an emotional, jaw-dropping performance of “Somewhere Over The Rainbow” that honors flight legends like Bessie Coleman and Amelia Earhart.

Part musical, part homage to classic films, this production found on a handful of Carnival cruise ships is eye-popping, jaw-dropping, and smile-inducing. From James Bond 007 to Willy Wonka’s Chocolate Factory, if you’ve been to a movie theater over the past four decades, you’ll love this technological wonder at sea. No spoilers, but there’s a moment in Flick when an orange scarf takes center stage and what follows will take your breath away. 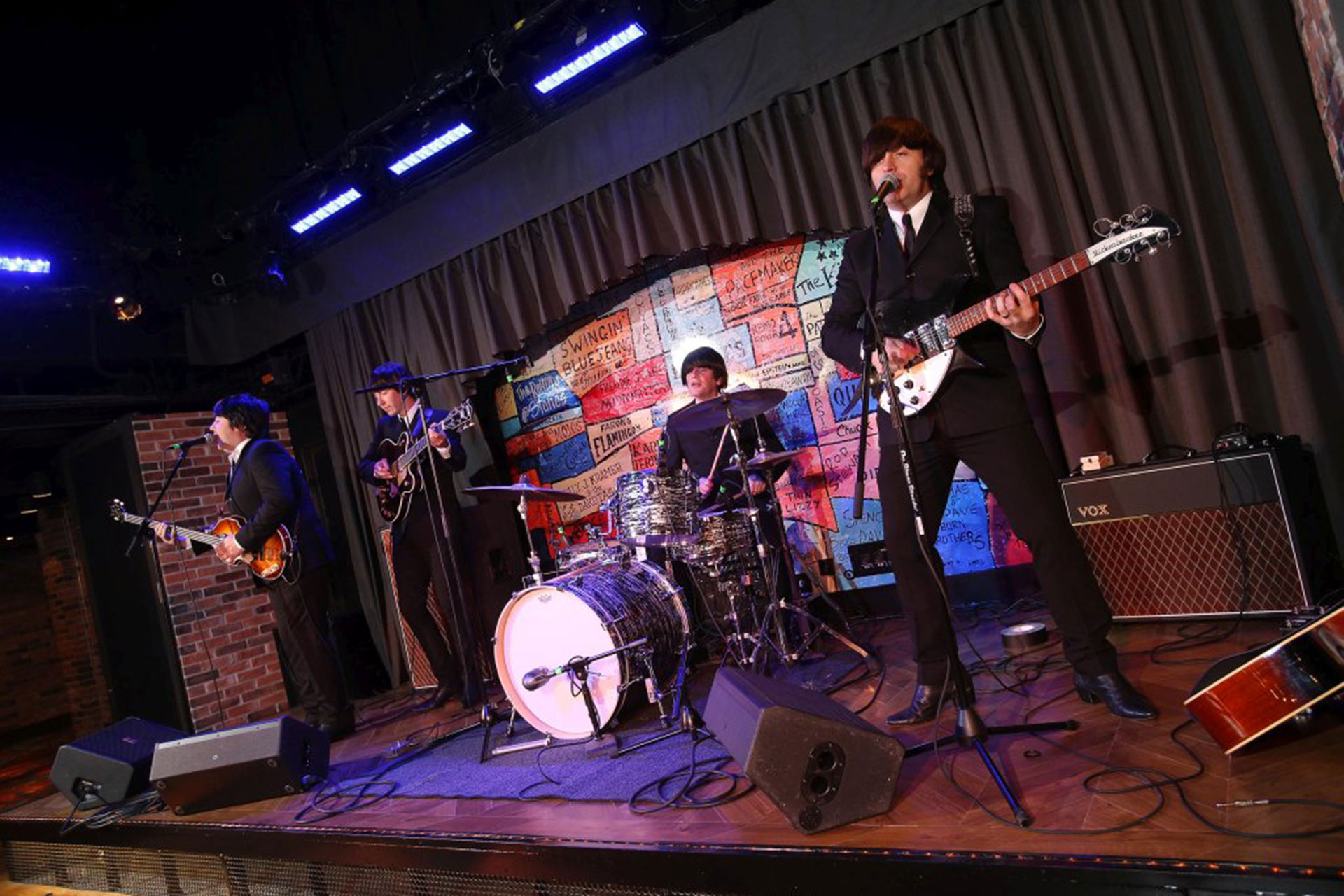 While you can technically experience the real Cavern Club on dry land in Liverpool, England, you probably won’t hear much Beatles music inside the famous rock ‘n’ roll club today. On the other hand, Norwegian’s version of the classic club that birthed the Fab Four features a live Beatles cover band so you can be transported back in time and listen to all your favorite songs from John, Paul, George and Ringo. 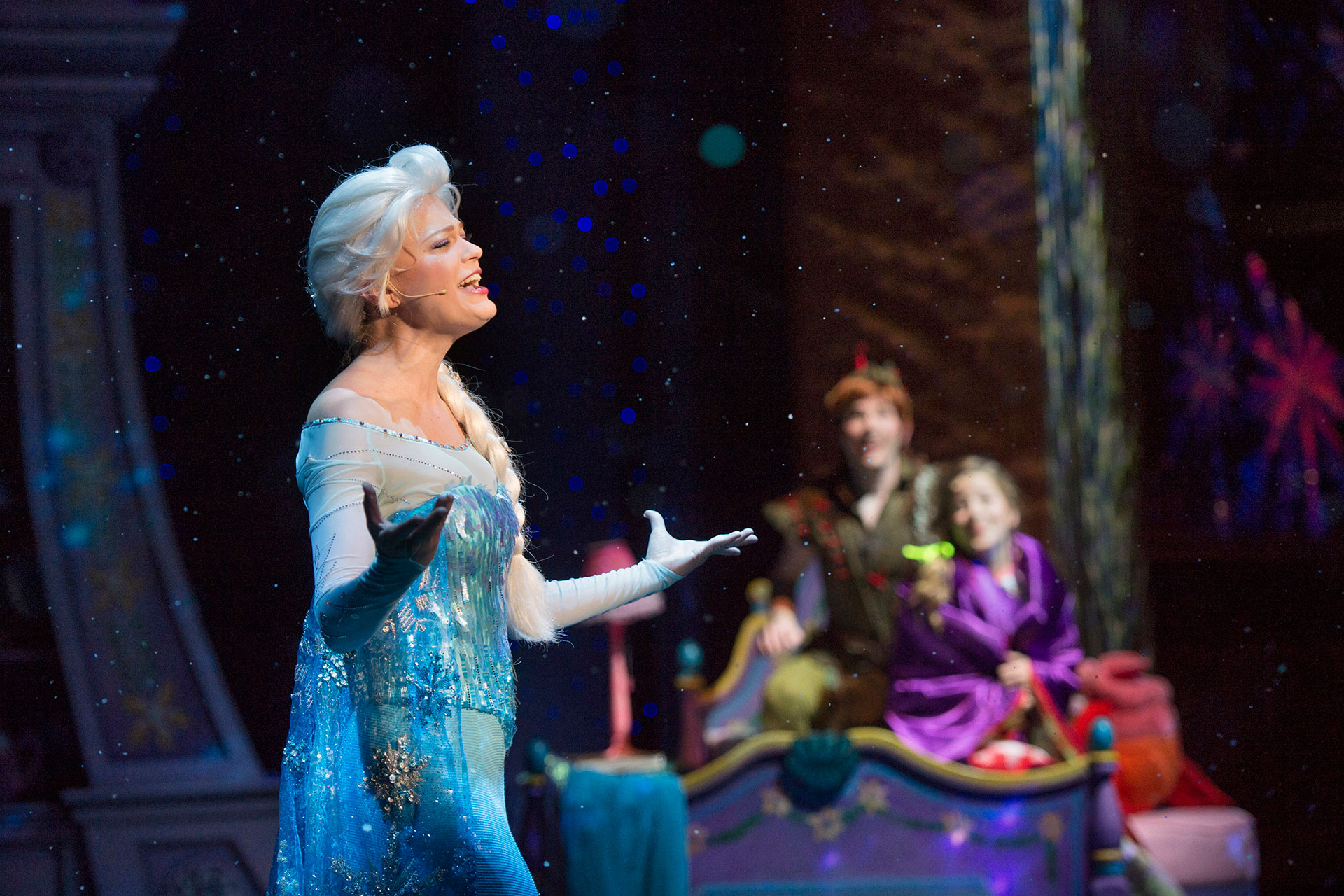 In the overlap of the Broadway theater lovers and Disney movie enthusiasts Venn diagram is this enchanting musical on two Disney cruise ships. Characters and songs from Aladdin, Cinderella, Peter Pan, Beauty and the Beast, Mickey and Minnie, and more mix with stunning special effects to deliver an uplifting tale that will inspire young people and their young-at-heart cruise companions to dream big. 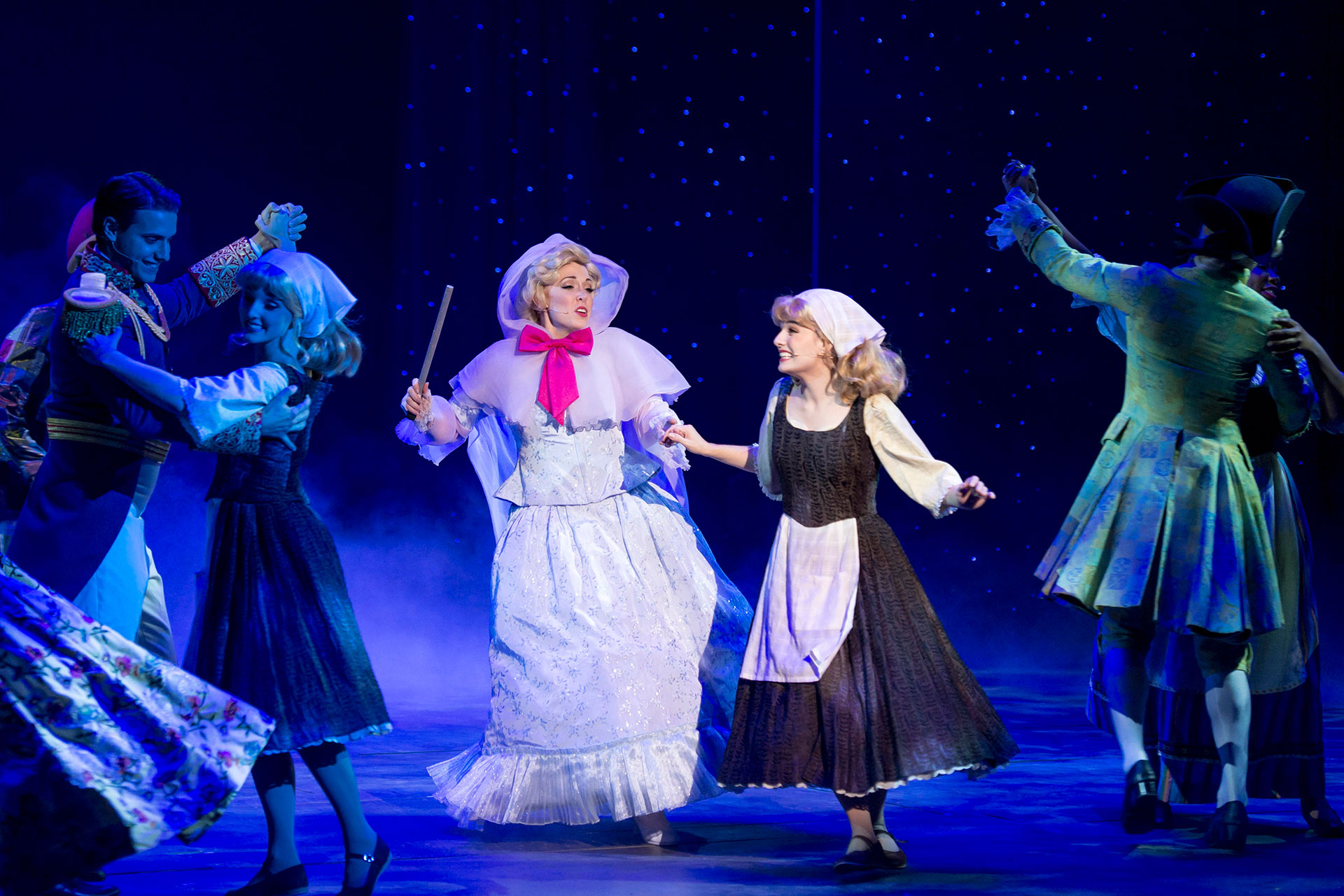 What if Cinderella never tried on that glass slipper? That’s the unique starting point for this fresh, funny musical that picks up where the classic story leaves off. Fans of fractured fairy tales will find this twist on Cinderella, and its brand new Fairy Godfather villain, an extremely cool addition to their remarkable Disney cruise. During the song and dance spectacular, enjoy six Broadway-caliber original songs, plus more Disney classics, toe-tapping choreography, dazzling Disney special effects, and costume changes that will make your jaw drop.

Leave the kids in late-night camp and attend this 1920’s party with drinks, jazz, dancing and all the decorative flair of the Great Gatsby-era. For a $35-per-person cover charge, you will receive an exclusive invite with a meeting place and secret password to gain admittance to the party. Once inside, you’ll be treated to themed drinks like mint juleps and whiskey sours, a loose story line told through music and dancing, and the chance to ‘bet’ pretend money on a simulcast horse race.