Royal Caribbean has always gone all out for the kids, and Quantum of the Seas – the cruise line’s latest ship – is no exception. I got on board a two-day pre-inaugural sailing out of Southampton, England, to check out what the ship had on offer for children. Here’s what I think worked and what could be better.

Disclaimer: Half of Adventure Ocean was given over to the Press Room, and there were only 14 kids onboard, so this has to be taken into account in the following review. 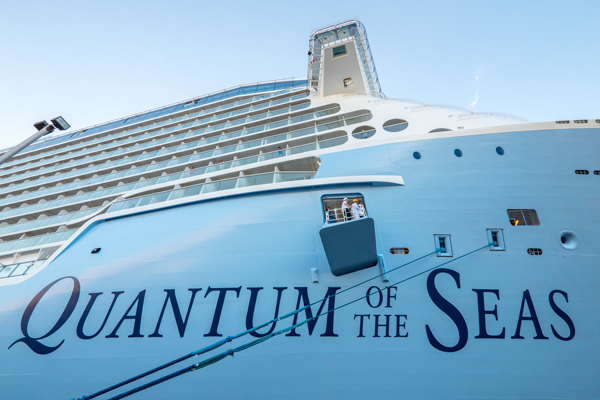 Adventure Ocean. The Dreamworks-themed Adventure Ocean (for kids ages 6 months to 11 years) is located across two floors on decks 11 and 12, toward the front of the ship and connected with a cool spiral staircase. There are six rooms in total, with areas for younger ones downstairs and older ones upstairs. Four rooms are dedicated to the different age groups, and there are two that are communal: a stay and play area and the Science Lab. This is a lot of space, and the rooms are fun, colorful and vibrant with books, games and TVs – not to mention all those Dreamworks characters on the walls.

Science Lab. Show me a kid who doesn’t like mixing vinegar and baking soda to make cool volcano explosions and I’ll be very surprised. I haven’t seen a dedicated Science Lab onboard a ship before, and this is sure to be a massive hit. All age groups take turns in here, creating stuff, mixing up potions and, of course, making simulated volcanic explosions! As well as fun, there’s a great learning element here, which really impressed me. 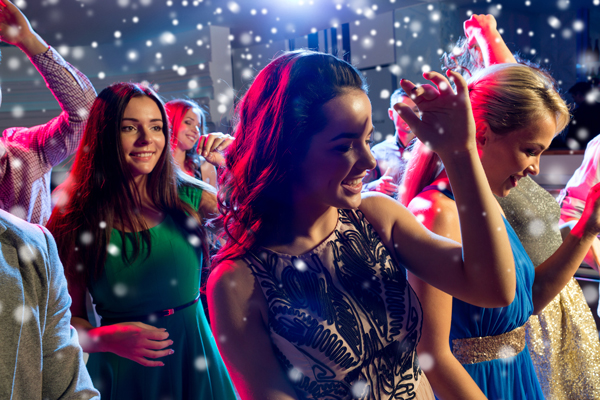 Teen areas. The teen facilities — for ages 12 to 17 — really add to the coolest parts of what’s on offer for younger passengers. At the other end of the ship, on Decks 14 and 15, you’ll find the Living Room (Deck 14) and Fuel, the teen-only disco, on Deck 15.

The Living Room is an awesome space for teens. Chairs and beanbags are scattered about the room, surrounded by foosball, Xbox consoles and a wide-screen TV for movies. But the best bits are the hangout areas by the windows where you can lie back side by side with a pal and watch the TV placed directly in front of you.

Directly above is Fuel, the teens-only disco. There are dance parties most nights, often with a theme — Miami night or the 90s, for example — as well as pool parties in the Solarium at the front of the ship.

The staff. Good staff, or more specifically, friendly, amenable and personable staff, should be a given. But what impressed me most was how amenable these guys were. Led by Erin, there are 24 dedicated kids crew across the age groups and all of them were delightful, explaining the facilities, showing me around and talking about how much they enjoyed what they did (I’ve always been convinced that the kids staff have the best jobs onboard!).

Child-size deck chairs. Coolest thing we saw onboard by far for kids were child-size deckchairs. For me these chairs — the fact they are even on this ship — encapsulate the Royal philosophy toward their smallest and most precious passengers. They show real thought and made me smile when I saw them. YSpa (Youth Spa). Again, showing real thought for younger passengers, there is a whole suite of treatments available in the spa aimed at teens, such as fighting acne or skin blemishes, as well as massages and facials. Prices start at $25 for a boy’s haircut; you can also opt for mother/daughter or father/son massages, which start from $99.

It’s hard to fault a kids’ program as comprehensive as this, but three things struck me as off.

No outside light. Adventure Ocean is completely enclosed, and I never got an answer why. Yes, the kids go on plenty of scavenger hunts and get outside of the rooms, but windows all round – especially when many of the themes are ocean-related – would seem to me to be something obvious. Who wants to be stuck in a room with no windows on a cruise ship?

No dedicated close by swim or splash area. On many ships I’ve been on, there is a dedicated kids pool right by the kids’ area, only accessible via the kids area. Again, why on a ship this size wasn’t this factored in? Instead, kids have to go with their parents to the H2O Zone on a different deck at the other end of the ship. Perhaps it’s for health and safety reasons.

The H20 Zone is small. Nothing wrong with the dedicated kids play and splash area except for the fact that it’s tiny! When traveling at full capacity, this area will be completely mobbed. It should be way bigger, and also separate from the adult pools.