Everyone knows about the Cliffs of Moher and the Blarney Stone in Ireland — and those are must-see icons, don’t get us wrong! But did you know the cliffs at Slieve League are actually larger than the Cliffs of Moher? Have you heard of Katie’s Cottage, a replica Claddagh (as in the ring) home in Galway. How about the former mansion of a female Irish pirate? These hidden gems are situated in the northern half of Ireland and we’re letting the secrets out! 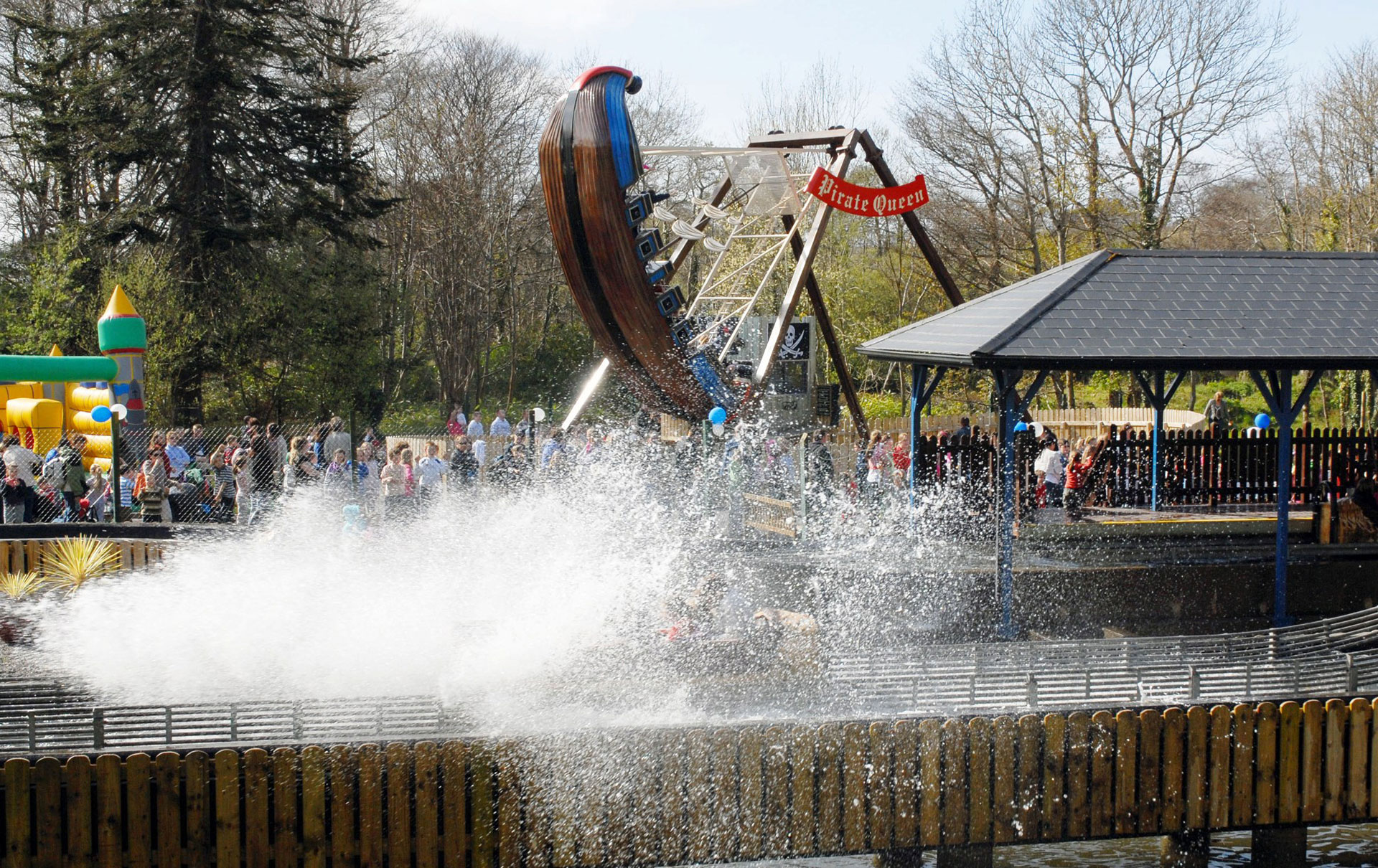 About 90 minutes from both Galway and Sligo on Ireland’s West Coast is the Westport House, a historic estate where every generation in the family will want to spend an entire day. The 480-acre estate was once the property of Irish Pirate Grace O’Malley, who ruled the land and sea in the 16th century.

Today, the pirate theme continues on the estate’s Pirate Adventure Park, where kids can ride amusement rides, race on go-karts or down slides, go ziplining or bounce in their own castle. While the kids are having some thrills outside, the adults will love touring the mansion and hearing the stories of Grace O’Malley and the generations of her family who continued to run Westport House until 2017.

If mansions and pirates aren’t enough to fill the day, there is a log flume, archery and falconry attraction; walking trails through gorgeous gardens and wooded areas; a large pond, picnic areas and cafes and much more.

Galway is a popular destination for families to visit on a trip to Ireland, but make sure to stop at Katie’s Cottage in the Claddagh Arts Centre. It’s easy to miss, but worth a stop for sure. The Claddagh people were once the main fishermen in the area for centuries. The word Claddagh means “stoney shore” (fitting for Galway’s shoreline) and the traditional Irish Claddagh ring originated from this village. Unfortunately, as Galway grew and commercial fishing became more popular in the early 1900s, the Claddagh slowly disappeared. The Claddagh people were poor and lived in thatched roof houses and Katie’s Cottages was constructed to pay homage to the people and the village. Inside Katie’s Cottage, kids can see how the Claddagh lived and how 14 people, plus animals, lived in such small quarters. There’s always a fire going inside the cottage and tea and scones are waiting to welcome families who visit. Check out the local artworks and jewelry for sale, as well at the Arts Centre attached to the cottage. If you are seeking a vintage Claddagh ring, this is the place to look! 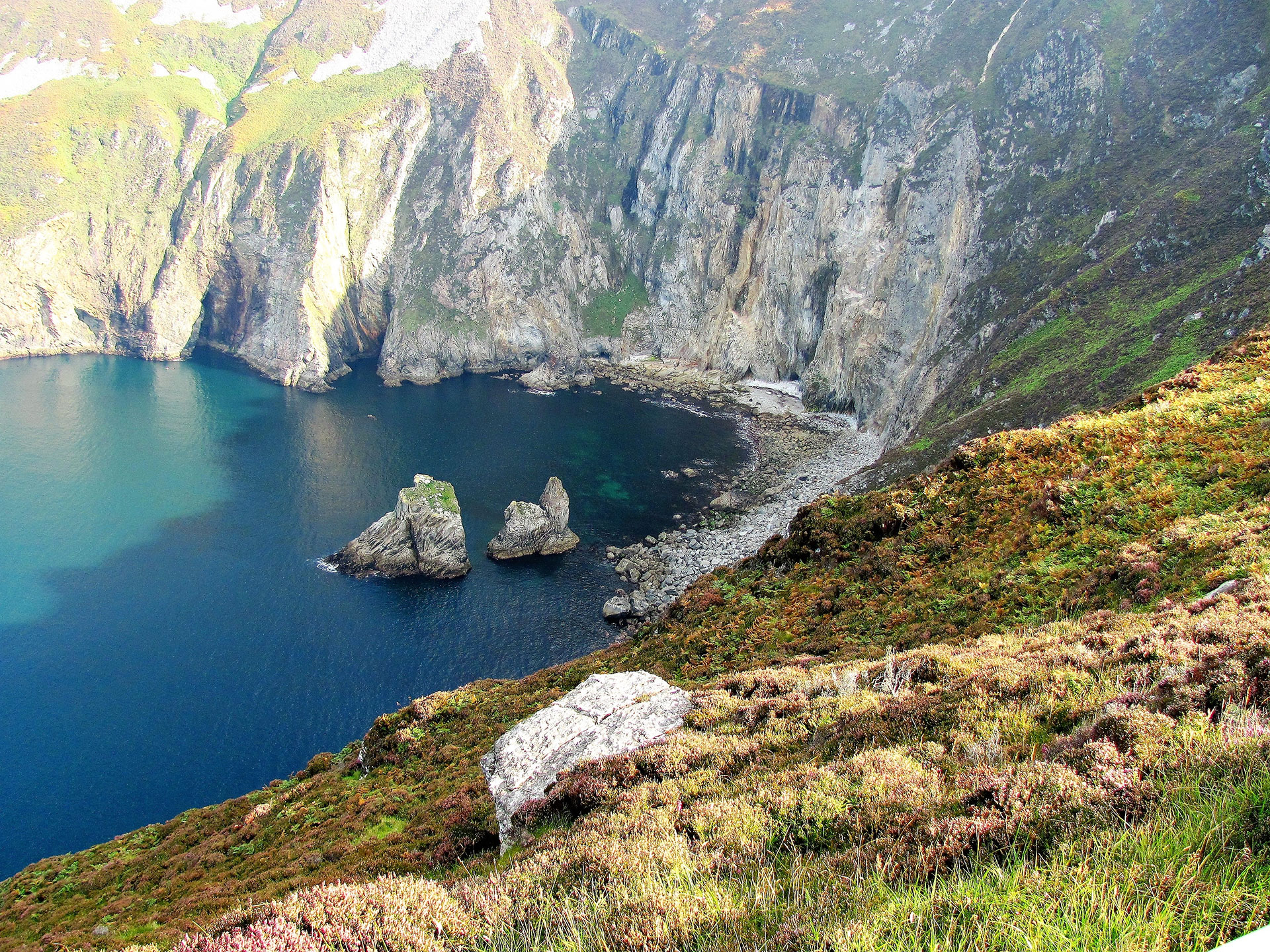 The cliffs at Slieve League (also known as Sliabh or Slieve Liag) are located on Ireland’s West Coast along the Wild Atlantic Way. The cliffs extend up from the ocean more than 1,972 feet, which is nearly three times higher than the Cliffs of Moher to the south. Experienced hikers will love the adventure of walking along the cliff peaks. But taking in the impeccable views on a clear day is what families will enjoy most about Slieve League. Make sure to check out the rock formation in the water below — some say the two large rocks situated in a cliff’s cove look like a giant’s desk and chair. What do you think?

The Titanic Museum in Northern Ireland’s Belfast is not really a secret as it’s one of Belfast’s most popular tourist destinations. But families may be surprised by just how amazing and kid-friendly this museum is. The RMS Titanic was constructed in Belfast between 1909 and 1911 and this large, interactive museum (which happens to be shaped like an iceberg) walks families through the journey of its creation. View the blueprints as you step on an interactive screen on the floor, ride in a tram car through the shipyard, experience launch day with a view of the actual ship’s dock, listen to first-hand audio accounts of the ship’s sinking, and watch a video of the discovery of the Titanic’s wreckage on the ocean floor. This is more than a museum about the Titanic; it’s an experience that tells the entire journey — albeit a short journey — of what was supposed to be the world’s first unsinkable ship. 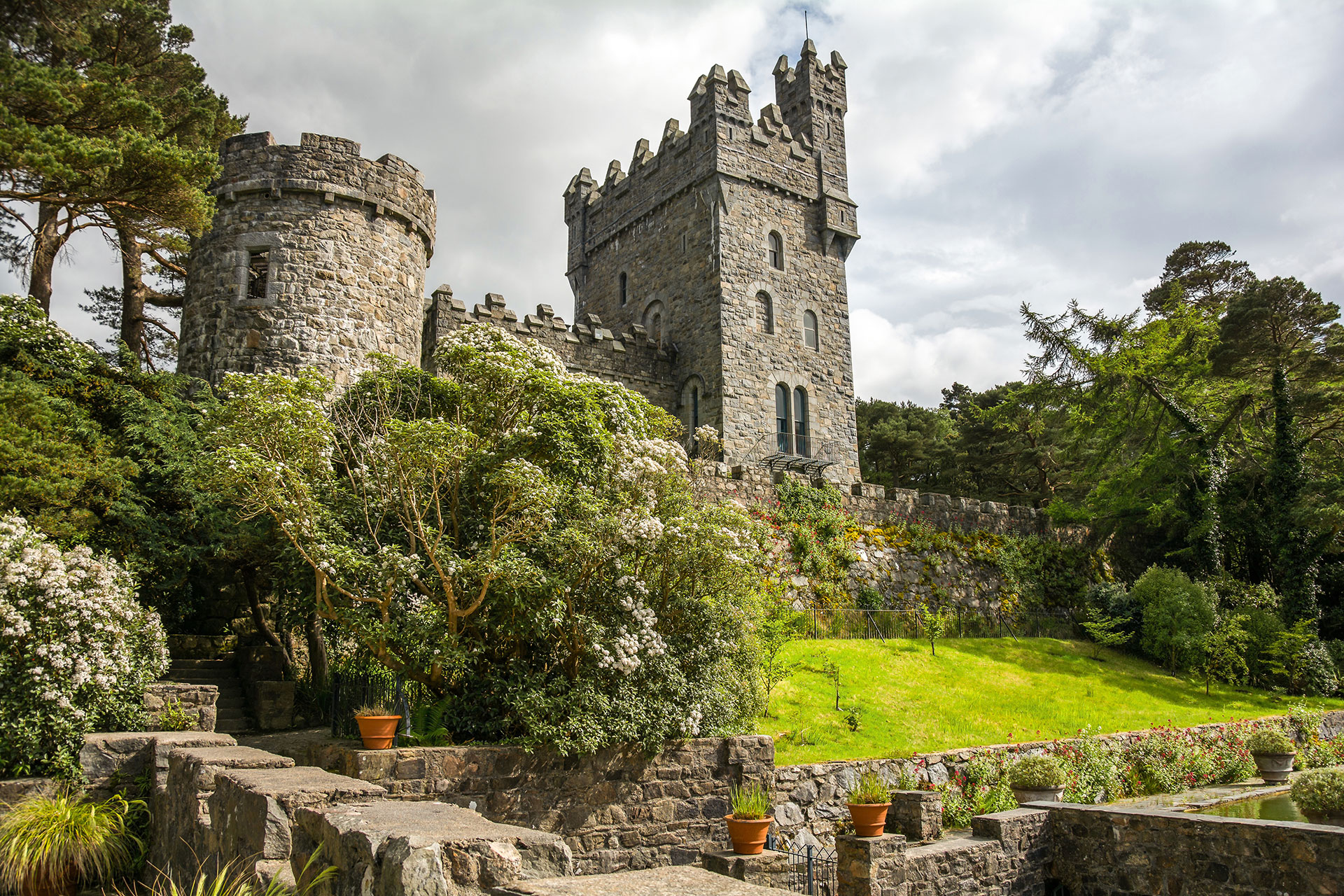 Within the 40,000 acres of Glenveagh National Park, Ireland’s second largest national park, families will find Glenveagh Castle. This stone castle was built from granite between 1868 and 1873 and had only three owners, who never had any heirs. The final owner, Henry P. McIlhenny, of Philadelphia, purchased the castle in 1937 and summered at the castle that was just a few miles from where his grandfather once lived. In the 1980s, McIlhenny bestowed the castle and estate to Ireland and a few years later the park and castle were opened to the public.

Families will love taking a guided tour inside the castle and hearing stories about each room and all of the castle’s owners through the years — one of which mysteriously disappeared! After the tour, make sure to stroll the gorgeous gardens and see Lough Veagh and the pool that overlooks the lake waters. Families will also love hiking or biking the many walking trails that run throughout the castle grounds and the national park. What to Pack for a Winter Vacation in Europe: 6 Essentials for Families Iceland with a Twist: What It’s Like to Explore the Land of Fire and Ice with Adventures by Disney