Have teens who are looking to be frightened this Halloween? We’ve found the best haunted houses and haunted attractions across the U.S., each one offering a shock value that will shake you to your core (and have you wanting to visit again next year… if you get out alive this year, that is). These are the best haunted house and haunted attractions in the U.S. for 2019. Scream World is so scary that it’s not recommended for children under age 12 without a guardian. For those who are daring enough to enter, however, Scream World provides a chilling (and yes, scream-inducing) experience you won’t soon forget. Voted the top haunted event in Houston, Scream World features five terrifyingly themed exhibits: Maze of Maniacs, Edge of Darkness, Voodoo Swamp, Jake’s Slaughterhouse and the Zombie Graveyard. 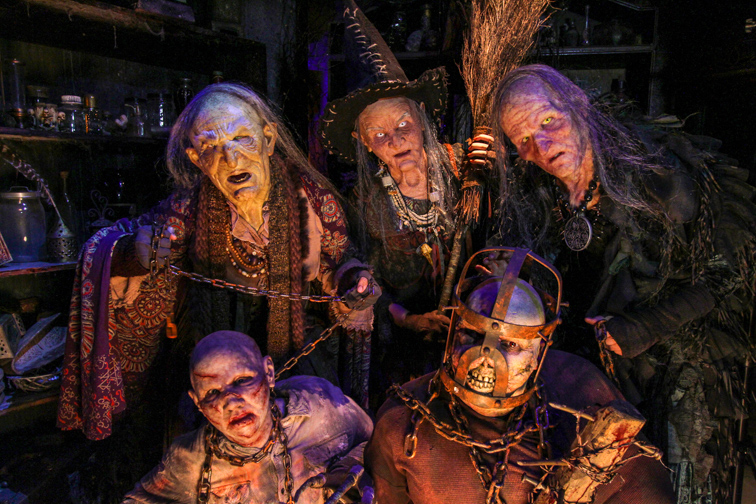 Formerly located in Norcross, Georgia, Netherworld is now located in Stone Mountain, Georgia (a suburb of Atlanta), and is featuring two new haunts in 2019: Night of the Gorgon and Cold Blooded. Also new are four themed escape games—Tiki Island, Sasquatch, Haunted and Nosferat—plus a laser tag arena in which guests have to fight off the walking dead! This is a view of the the Horseman’s Hollow at Philipsburg Manor in Sleepy Hollow, N.Y. on October 30, 2016. (Photo by Tom Nycz)

Yes, Sleepy Hollow is a real place! Visit at Halloween to experience Horseman’s Hollow, a haunted attraction that transports visitors to a 1700’s village where the the evil and insane reside under the control of the Headless Horseman. Other Halloween attractions in Sleepy Hollow include Jay Ghoul’s House of Curiosities at Lyndhurst Mansion and The Great Jack O’Lantern Blaze.

Guillermo del Toro once said he could live in Pittsburgh‘s ScareHouse—that’s how creepy this place is. Best for kids ages 13 and up, ScareHouse is unveiling a new concept for 2019: the Scream District. Within the district are two new immersive experiences: a terrifying tour through the bowels of an old basement, and a new escape room with a chilling theme: Stalked by a Killer. 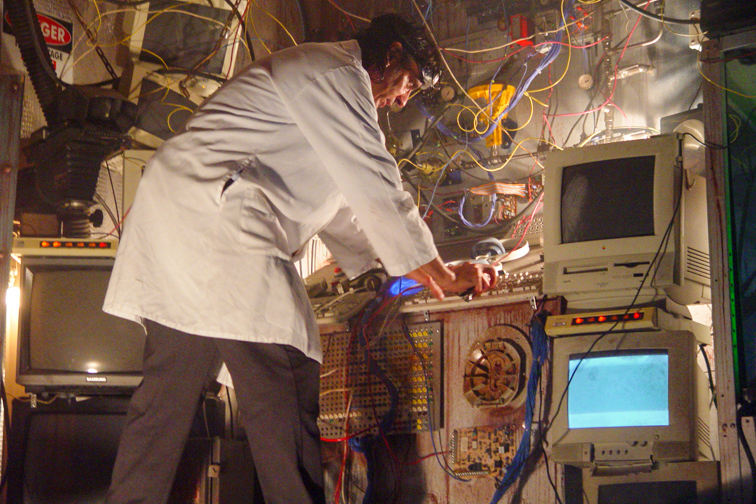 Erebus Haunted House is one of the world’s largest walk-through haunted houses; it’s also one of the scariest. The four-story fright fest takes guests through Erebus, known as the path to Hell in Greek mythology. The special effects and characters aren’t for the faint of heart. 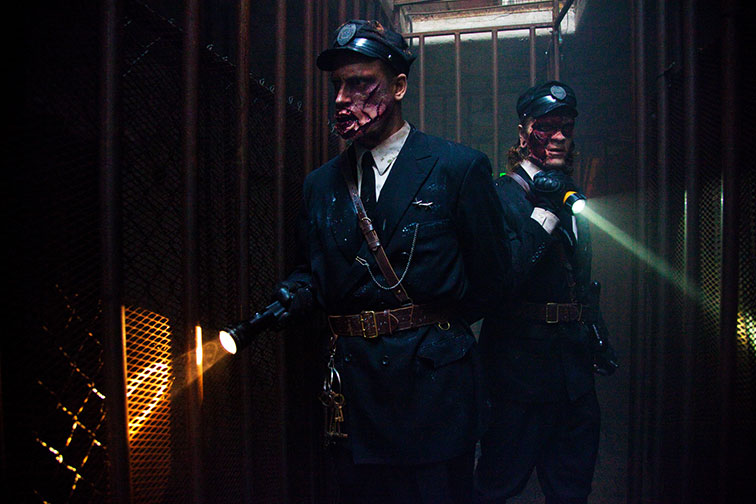 6. Terror Behind the Walls – Philadelphia, PA

This haunted house is located in Philadelphia‘s Eastern State Penitentiary, an abandoned prison claimed to be one of the most haunted places in the country. Terror Behind the Walls walks visitors through the eerie grounds, cell blocks and common areas of the storied prison, whose most notorious inmate was Al “Scarface” Capone. Terror Behind the Walls features six themed attractions: Machine Shop, Infirmary, Lock Down, Break Out!, Quarantine 4D and Blood Yard. Beware—costumed actors will jump out at practically every turn!

PennHurst was a real asylum for mentally and physically disabled individuals, and later became a refuge for orphans, immigrants, and even criminals. The facility—which operated like a city—forced residents to lived in overcrowded, neglectful conditions until it finally closed in 1987 (more than 70 years after it opened). Today, part of the building is open to the public, and visitors can explore three other haunted attractions: Mayflower After Dark, Containment, and The Morgue. PennHurst also offers Overnight Paranormal Investigations, as this place is truly haunted. The Dent School House in Cincinnati is as creepy as it gets. As the name suggests, this is actually a former school that opened in 1894 and had a murderous janitor, Charlie, who was never caught and brought to justice. Is it he who haunts the halls of the school to this day?

Among the rooms are Charlie’s workshop, bedroom, boiler room and even the janitor’s student holding cell. In addition, there is Detention Hall, which is an intense clown-themed maze. There is no age limit, though parents are encouraged to bring younger children for the Lights On Tours. Located in Glen Mills, Pennsylvania (a short drive from Philadelphia), The Bates Motel is one of the most famous haunted houses in the U.S. The highlight is The Bates Motel itself, which makes visitors feel like they’re inside of a horror movie versus a haunted attraction; the special effects are that good. If you make it out alive, take a haunted hayride and walk the Revenge of the Scarecrows Haunted Trail. 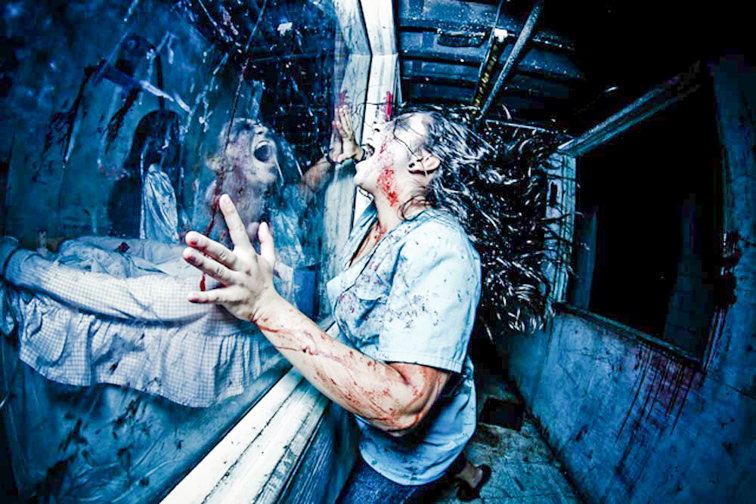 Located in San Diego‘s Mission Valley, The Disturbance Created by the Haunted Hotel features three bone-chilling attractions: The Haunted Hotel, where the undead roam; Kill-billy Chaos, which takes place in the back woods of the Ozarks; and 3-D Freak Fest, a blacklight experience like no other. Another gut-wrenching haunted attraction worth seeing in San Diego? The Haunted Trail at Balboa Park.

Creep through the caverns of Dread Hollow (otherwise known as Ruby Falls) in Chattanooga, Tennessee. Dread Hollow features new haunted events each year, with three new attractions in 2019, plus four new escape rooms that intertwine to create a heart-pumping nightmare.